OMAHA (DTN) -- USDA on Thursday detailed some insurance options for hemp farmers, but also stressed that hemp farmers will have to abide by the cropping rules spelled out last October, despite an array of issues raised over crop testing by various state officials and farm organizations.

The Agricultural Marketing Service released an interim final rule for hemp on Oct. 31, and USDA has received more than 4,600 comments about the interim rule with the comment period closing last week. Despite concerns raised over the testing timeframe for tetrahydrocannabinol (THC) and requirements to use a DEA-approved lab for that testing, USDA will stand pat on its current rules throughout the 2020 crop year.

Under the interim final rule, farmers must sample for testing THC within 15 days of harvest and the plant must be tested at a DEA-certified lab. The farm bill allows hemp to have 0.3% or less of THC on a dry-weight basis to be eligible for sale as hemp.

Crops testing higher than 0.3% will have to be destroyed based on protocols in a state regulatory plan. Farms that test above 0.5% will be considered "negligent" and required to file a corrective plan to ensure a hot crop does not happen again.

USDA received comments from state regulators and farm organizations stating they wanted USDA to expand the testing timeline from 15 days before harvest to a broader timeline of 21, 30 or 45 days. That was partly due to the lack of DEA-certified labs.

The American Farm Bureau Federation noted there were only 44 DEA-certified labs in 22 states that would be required to serve hundreds of hemp farmers. The delay in test results will lead to backlogs and increase the risk of not getting the crop harvested on time.

"On the testing requirements, there is room for discretion in the final rule," said Bruce Summers, USDA's administrator for the Agricultural Marketing Service.

Summers said USDA is looking for ways to ensure farmers can get those test results back within 15 days and that there are enough labs available for testing.

"That's an issue we are actively working on right now, and expect we may have more information shortly on that issue, but it's something we've heard loud and clear and something we will deal with," Summers said.

Still, Summers also later said he did not see any changes coming in the 2020 crop year to allow flexibility on the testing timeframe or laboratory issue before harvest next fall.

USDA will review the 4,600 or so comments and start working on a draft of a final rule, which could take until October 2021 to complete, Summers said.

States choosing to stick with their 2014 pilot program rules, as Kentucky did, will be allowed to do so until Oct. 31. After that, Summers said, the 2014 rules expire and both farmers and states will have to comply with the 2018 farm bill requirements.

The MPCI will be a new yield-insurance policy for hemp farmers in 21 states for the 2020 crop year. On a call Thursday, USDA officials said the insurance will be available for producers who have at least one year of production history and have a contract to sell the insured hemp. Farmers must have a license to grow hemp and raise at least a minimum of five acres for cannabidiol (CBD) production or 20 acres for grain or fiber. USDA will not allow replanting or prevented planting payments under the program. Farmers have until March 16 to enroll for the 2020 crop year.

Most states simply have not allowed widespread hemp production until the 2020 crop year, which is one reason the MPCI pilot is limiting states. For farmers not eligible for the pilot, they can enroll in the Noninsured Crop Disaster Assistance Program (NAP), which offers a basic cover at 55% of the market price for crop losses that exceed 50% of production. Buy-up coverage is allowed in some cases of 5% increments as well. NAP will have a service fee of $325 per crop, or $825 per producer per county, for a maximum of $1,950 for a producer with crops in multiple counties. NAP enrollment will also extend until March 16 and will require hemp farmers to show they have a contract to sell the crop.

Officials stressed crop insurance will not pay claims on crops that have to be destroyed because they test too high for THC to sell.

"We want to make it clear, abundantly clear: Hemp that contains THC above the compliance level laid out by the farm bill is an uninsurable cause of loss and will result in the hemp production being ineligible for production-history purposes," said Martin Barbre, USDA's administrator of the Risk Management Agency.

To enroll in either the MPCI or NAP, farmers will also have to report that acreage to the Farm Service Agency. Farmers signing up for NAP will have to show their contracts to USDA when they report their acreage as well.

Hemp farmers can also apply for FSA farm loans for the 2020 crop year. To do so, farmers have meet the standard requirements for an FSA loan, including a realistic operating plan to demonstrate ability to repay the loan. FSA will require hemp farmers "to have a reasonable contract with a dependable processor," said Richard Fordyce, USDA's FSA administrator.

Several states, as well as the American Farm Bureau Federation and the National Association of State Directors of Agriculture and others, called on USDA to raise the testing floor for legal hemp from 0.3% THC up to as much as 2%. Summers said details on the THC limit were spelled out in the farm bill and would need to be changed by Congress.

"Any changes to these requirements requires legislative action," Summers said.

For a list of states under the MPCI insurance options, go to https://www.farmers.gov/… 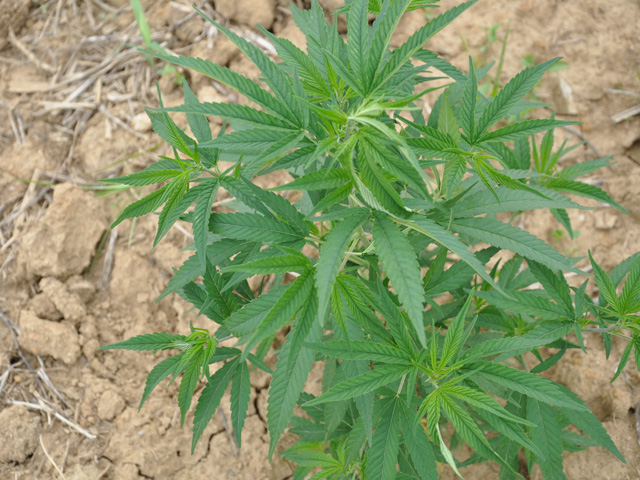