OMAHA (DTN) -- Siouxland Energy Cooperative in Iowa has experienced firsthand the recent ups and downs of the Renewable Fuel Standard.

When the EPA granted 31 new small-refinery exemptions on Aug. 9, it was the final straw for the corn-ethanol plant. Company officials were left with no choice but to shut down production.

The U.S. House of Representatives Committee on Energy and Commerce on Tuesday examined the effects 85 small-refinery exemptions have had on biofuels and agriculture since 2016, during a hearing on the proposed Renewable Fuel Standard Integrity Act of 2019.

The legislation would, among other things, require the EPA to make available more information on refinery exemptions.

In recent weeks Siouxland Energy has returned to 50% production thanks to a change in the plant's carbon emissions score from the California Air Resources Board. The change opened the California market to the Midwest producer.

"We've had farm subsidies and everyone sitting in this room can go online and see how much I've seen in farm subsidies," Nieuwenhuis said. "I think small-refinery exemptions should be transparent."

Biofuels and agriculture interests say the more than 4 billion gallons in lost biofuels blending between 2016 and 2018, led to a fall in the volume of ethanol gallons blended in the United States for the first time in about 20 years.

Committee Chairman Rep. Frank Pallone, D-New Jersey, said EPA decisions on exemptions should be made in the public eye because they are "far too consequential.

"President Trump is pitting farmers and refiners against each other to the detriment of all stakeholders and consumers," he said. "As a result, the RFS does not appear to be working the way it should for anyone involved."

Biofuels and agriculture groups point to the expansion of approved waivers as a reason for lost biofuels demand.

During the hearing Chet Thompson, president and chief executive officer of the American Fuel and Petrochemical Manufacturers, said data from the U.S. Energy Information Administration show the blend rate is at its highest level in history at 10.2% -- effectively undermining claims of lost demand.

"Contrary to the premise of today's hearing and much of the narrative around this issue, however, small-refinery waivers have not had any demonstrable impact on domestic biofuels demand, which is at or near record highs," Thompson said.

"In fact, until recently, the administration's RFS policy reduced compliance costs while enabling record biofuel use. EPA recently departed from this balance with a proposed reallocation that amounts to nothing more than an unjustified increase in the regulatory burden for non-exempt parties."

The slowdown in production at those plants has affected about 700 direct jobs and about 2,800 indirect jobs, Cooper said.

"In response to sustained weak or negative margins, ethanol plants have been forced to idle or shut down permanently," he said.

"Since the spring of 2018 -- when the public began to recognize EPA's massive expansion of the SRE program -- at least 19 ethanol plants with combined production capacity of about 1.1 billion gallons have temporarily idled production or permanently closed. When an ethanol plant goes down, the local community suffers. The idling of an ethanol plant -- even if temporary -- sends damaging shockwaves throughout the entire community in which the facility operates, including lost jobs, the immediate loss of a local market for corn, and a sudden drop in local corn prices."

As president of Siouxland Energy, Nieuwenhuis said he was put in a tough spot when EPA announced the 31 exemptions in August.

"Each year our plant produces up to 90 million gallons of clean, renewable biofuel," he said.

"And nearly all the corn I produce on my 2,100 acres is normally sold to this ethanol plant. Because of EPA's actions to help pad the oil industry's bottom line at the expense of farmers and biofuel producers, about six weeks ago, we had to make the hard decision to shut our local plant down and shut off a key local market for hundreds of farmers, including myself. Our plant has been operating for two decades -- including throughout the great recession -- without ever having to shut down operations."

On Oct. 15, the EPA announced a supplemental proposal to the 2020 renewable volume obligations rule, designed to account for small-refinery exemptions for 2020. The EPA proposed using average numbers from the U.S. Department of Energy on exempted gallons that come in far below actual waived gallons.

"The impact on the industry is devastating," he said.

"World Energy, alone, has been forced to close three facilities, impacting more than 100 workers. EPA's recent proposal to estimate small-refinery exemptions in 2020 will never make up for its past demand destruction. When EPA finalizes its 2020 renewable fuel obligations rule by the end of this year, it must fully account for small-refinery exemptions, or industry contraction and job losses will continue throughout the biofuels and broader agricultural economy."

The EPA is holding a public hearing in Ypsilanti, Michigan, on Wednesday on the agency's latest supplemental proposal to the RFS. 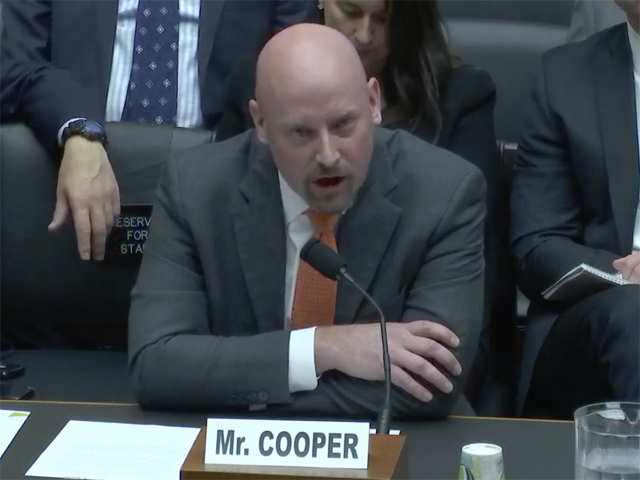