OMAHA (DTN) -- USDA's plans to mandate the use of radio frequency identification of animals in interstate commerce has drawn the ire of a number of ranchers who are part of a lawsuit attempting to stop the move.

The ranchers, led by the Ranchers Cattlemen Action Legal Fund United Stockgrowers of America, or R-CALF USA, allege in a new lawsuit filed on Oct. 4, in the U.S. District Court for the District of Wyoming, that a 2019 USDA plan on radio frequency identification, or RFID, "unlawfully mandates" the technology in ear tags and other technology for livestock.

The lawsuit said the new plan "quickly phases out the use of other types of animal identification, including those methods specifically approved by final rule issued in 2013" by Jan. 1, 2023. The 2013 rule governs the traceability of livestock moving interstate. It allows branding, non-RFID ear tags, tattoos, group/lot identification numbers and back tags.

The lawsuit claims USDA issued the RFID plan in April 2019 without following notice-and-comment procedures. The industry is concerned the mandate will be costly for producers who would be required to convert to RFID technology.

"The 2019 RFID plan imposes substantial managerial and financial burdens on livestock producers in terms of livestock handling and identification," the lawsuit said.

The petitioners are asking the court to declare the plan invalid.

USDA had not responded to DTN's request for comment by the time this article was posted.

"Livestock producers have relied upon the certainty provided by the 2013 final rule and have planned and managed their operations accordingly," the lawsuit said. "The 2019 RFID plan disrupts the livestock industry, creating uncertainty and confusion in terms of compliance obligations and as to whether livestock that do not meet the RFID requirements can be moved and/or sold interstate, despite the fact that the 2013 final rule protects such producers."

The lawsuit alleges USDA violated the Federal Advisory Committee Act by relying only on a hand-picked group of members who have been advocating for the use of RFID. That includes industry officials and ear tag manufacturers. R-CALF claims the latest USDA actions violate federal law that requires balanced representation on advisory committees.

Harriet Hageman, an attorney representing the group, said in a statement the lawsuit goes beyond just the potential consequences to farmers and ranchers.

"Under our Constitution, Congress is the legislative branch responsible for making the law," she said. "The executive branch, which encompasses USDA and APHIS, is tasked with carrying it out. Congress has not passed legislation requiring animal RFID, these agencies have. Of even greater concern is the fact that they did so through the back door and without following the law. Forcing livestock producers to adhere to an RFID program will have an enormous impact on their operations, with noncompliance resulting in the denial of access to interstate markets."

"Today, the USDA is catering to special interests and running roughshod over the rights of America's cattle producers by forcing them and their industry to incur costs that could run into the billions of dollars," he said.

"Considering the substance of the RFID-only identification plan it is expected that they will seek to pursue enforcement actions against livestock producers based on those provisions as well," the lawsuit said. "The threatened injury of severe penalties is sufficiently imminent to establish standing. In fact, the phase-in of the 2019 RFID plan begins in December of this year, with the USDA discontinuing the issuance of free metal ear tags at that time." 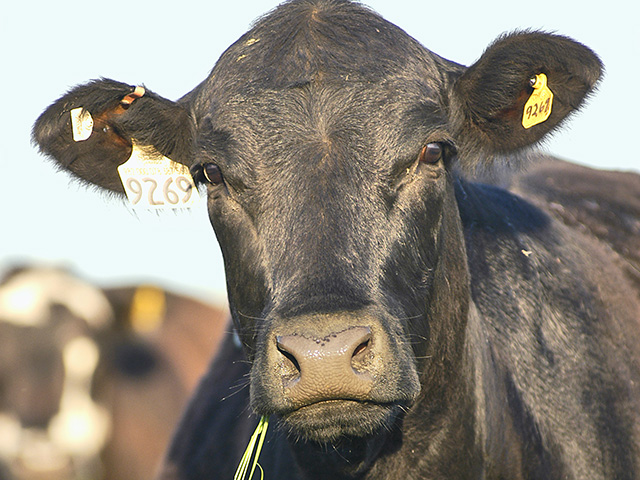