ARLINGTON, Va. (DTN) -- In with the new, onward with the old -- that is the unique challenge facing rural America's infrastructure needs.

On the one hand, rural citizens and agricultural communities are suffering for lack of reliable, high-speed internet that they need to compete and survive economically. On the other hand, much of rural America is crisscrossed by an aging network of roads, railroads and shipping channels in need of repairs, maintenance and expansion.

THE HUNT FOR RURAL BROADBAND

"For the past 20 years, and rightly so, the conversation about rural broadband and connectivity is about getting fiber hard lines out to the anchor institutions -- schools, hospitals, libraries, and now we're trying to push that to getting fiber out to the homesteads," said Nick Tindall, senior director of regulatory affairs and ag policy for the Association of Equipment Manufacturers. "And that is important, but we need to start thinking beyond that. Instead of just getting fiber to places, we need to come to the understanding that our croplands need wireless connectivity as well."

The economic growth and success of farmers in rural America is tied tightly to their ability to access the internet, Tindall said. Farms of the future will need reliable, fast connections to use the high-tech equipment expected to transform agriculture, such as autonomous tractors, as well as manage the wealth of production data that will be generated, he said.

"Just think of the millions of acres we devote to corn and soybeans, and just with yield monitoring alone, you get a sense of the amount of data we'll be pulling off fields," he said. "It just comes down to logistics -- in order to utilize that data's benefits, we cannot run that information around with thumb drives."

Electric co-ops may need to lead the effort to bring rural areas broadband connections, as reaching those areas doesn't make economic sense to large telecommunications companies, said Russell Tucker, chief economist at the National Rural Electric Cooperative Association. He offered as an example the Roanoke Electric Cooperative in northeastern North Carolina. The co-op built the networks to connect 12 electrical substations to offices across 200 miles where its 14,500 members live. When internet providers expressed no interest in leasing the fiber connections they had developed, the co-op formed a subsidiary, Roanoke Connect, which will supply its member-owners with retail internet connections and power smart thermostats and smart water heaters.

Alternately, rural citizens could directly form their own broadband co-ops, following the example set in the 1930s, when farmers banded together to form electric co-ops to bring electricity to rural areas following the Rural Electrification Act of 1936. Jannine Miller, senior adviser for rural infrastructure at USDA, said the agency's Re-Connect Loan and Grant program has $600 million available to help rural citizens fund efforts to establish broadband in underserved regions.

The panel ended with a warning for those trying to bring broadband to rural areas from Mike McNalley of the East Kentucky Power Cooperative, based on the challenges co-ops faced with bringing electricity to these same regions in the 20th century. "There is going to be a lot of opposition," he said. "It will be from the telecoms, the cable companies, data companies and others who think that, someday, they may get there and they want to preserve that market, just like the [utility companies] did with electricity 85 years ago."

Another panel at Ag Outlook honed in on the issues facing the key transportation sectors that move grain and other ag products -- trucks, barges and rails. Each will face its own set of challenges, but perhaps none so acute as the trucking industry, which is facing an immediate and growing shortage of drivers.

The freight industry needs about 50,000 to 55,000 additional drivers, said Jon Samson, from the American Trucking Associations. "We expect almost a tripling of the driver shortage in the next 10 years," he said. "Similar to the agricultural industry, the trucking industry has a very high average age of workforce, so you start to see a lot of those people retire."

The industry is tackling the shortage from several angles, with regulatory bodies, legislators and private companies working to attract more drivers -- but, in particular, younger drivers. Drivers must be 18 to hold CDL licenses, but they must be 21 to drive between states and haul hazardous material. The Federal Motor Carrier Safety Administration is running a pilot program that would allow 18- to 20-year-old military drivers, who have experience with driving heavy equipment and machinery, drive trucks interstate.

The DRIVE-Safe act, a piece of legislation under consideration in the House of Representatives, would also set up an apprenticeship for 18- to 20-year-old drivers, Samson said. Trucking companies are trying to offer better pay, benefits and more flexible schedules, he added.

In the meantime, the country is facing a sprawling network of roads and bridges long overdue for repairs and no clear path toward funding them, although gas and mileage taxes, registration fees and other ideas have been floated, Samson noted.

The inland shipping industry is facing its own set of challenges, namely an aging system of locks and waterways that needs both basic repairs and new expansions, said Ken Ericksen, from Informa Economics.

Before even weighing new projects, the Waterways Council estimates it could cost up to $9 billion just to fund basic repair and maintenance projects to locks and dams throughout the country, Ericksen said. But because Congress funds the Army Corps of Engineers, which oversees inland navigation channels, on a year-to-year basis, waterway projects move along at an extremely inefficient pace. For example, the Olmsted Locks and Dam project on the lower Ohio River was first authorized in 1986 and estimated to cost $750 million. Instead, it wrapped up in 2018, to the final tune of $3.1 billion.

The country's railroads face similarly capital-intensive requirements to function. Expanded railways could help the industry deal with the inherent volatility that comes with shipping agricultural grains -- surplus years, drought years, and evolving export pathways and biofuel demands. But first, they must tend to basic maintenance. BNSF Railway, which moves 51% of the country's grain, estimates the company spent $6 billion between 2014 and 2018, said Greg Guthrie, who oversees agricultural products for the company. Of that, only $1.8 billion went to expansion -- the rest was spent on repairs and maintenance, he said.

"The capital involved in expanding infrastructure is immense," he said. "It costs us multiple millions of dollars per mile to build railroad." 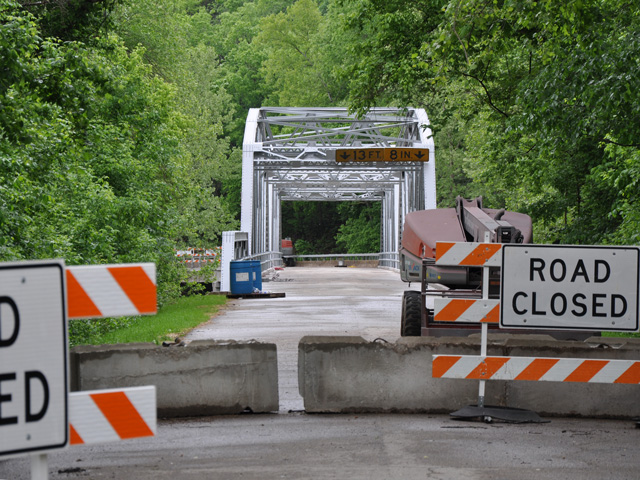