ARLINGTON, Va. (DTN) -- American farmers and other businesses that trade in commodities have an "enormous advantage" over global competitors because commodities are pegged to the U.S. dollar. But that advantage could one day be at risk due to other emerging commodity markets, according to the head of the Commodity Futures Trading Commission.

Chris Giancarlo, chairman of the CFTC, was the keynote speaker to agricultural economists and others at the USDA Agricultural Outlook Forum late Thursday. He touted the regulatory work of his agency and the liquidity and breadth of the U.S. derivative markets. But he also cautioned that global competitors would like to shift markets away from the U.S. dollar to other currencies.

Giancarlo said U.S. markets are "unmatched in efficient and undistorted price discovery." The value of most of the world's most important agricultural, mineral and energy commodities is established largely in U.S. futures markets, and those prices are set in U.S. dollars.

Giancarlo then pointed out, "That's an enormous advantage" to American farmers and other companies operating in global commerce. "The advantage being in dollar pricing, both the producers and the consumers don't need a currency hedge on top of their commodities hedge."

"Our global competitors do not enjoy this advantage, and believe me, they know it. And we shouldn't take it for granted either."

But there are serious new players in global commodity markets, like China, the world's largest consumer of agricultural commodities such as soybeans, as well as oil, fuel and iron ore for its steel production.

Giancarlo pointed out China is opening its domestic futures markets to international participation.

"These moves challenge us to ensure that our own domestic well-regulated derivatives markets remain open, and orderly and highly liquid," Giancarlo said. "We must do everything we can to ensure that America continues to provide domestic and international participants with the world's most accurate price discovery, lowest friction execution and the deepest trading liquidity."

There is a connection between having the world's most competitive derivatives markets and effective federal regulation, Giancarlo said.

"The CFTC, I'm proud to say, is respected around the world for its depth of expertise and breadth of capability," he said.

Giancarlo stressed that the CFTC is independent of political control, and he noted that having served under both the Obama and Trump administrations, he has seen "a consistent abstention from interference in the CFTC's regulatory mission."

"And I believe that insulation from political control is one of the reasons U.S. markets remain the world's deepest, most liquid and most attractive for global capital and investors," Giancarlo said.

After the 2008 financial crisis, Congress passed the Dodd-Frank Act, which gave the CFTC oversight of the more than $400 trillion swaps market, which is about 12 times the size of the futures market, Giancarlo said.

DTN asked Giancarlo after his speech about the risks to U.S. farmers of one day selling commodities such as soybeans or corn in yuan rather than U.S. dollars.

"Well it's challenging, right. Nothing is a given," he said. "We have to keep making sure our markets are the deepest, the most liquid, the most free of manipulation, whether that be manipulation of people trying to commit fraud on the market, or government manipulation," Giancarlo said.

"Whereas the Chinese market, when the market goes down, the government calls the 'home team,' basically asking them to buy up the market," Giancarlo said. "So is that a true reflection of value or a reflection of political control? And as long as China does that, the world capital will never feel fully comfortable there. If they stop manipulating their markets, then they are going to become a fearsome competitor. In some cases, they the largest consumer of soybeans and other commodities, so they are a major competitor. That's why we have to constantly develop our markets and make sure they stay ahead."

In his prepared remarks, Giancarlo also gave a strong defense of unfettered capitalism. "Capitalism provided by a strong regulatory framework. A free market is economic freedom and freedom of expression," he said. And he called on youth to embrace capitalism.

"For an emerging generation fascinated by crowdsourcing, free-capital markets are the ultimate in crowdsourced decision-making," he said. "Free markets should be the natural choice of today's youth, who today and always, aspire to bright and self-actualized futures -- something that is no more freely and openly chosen than under free-market capitalism." 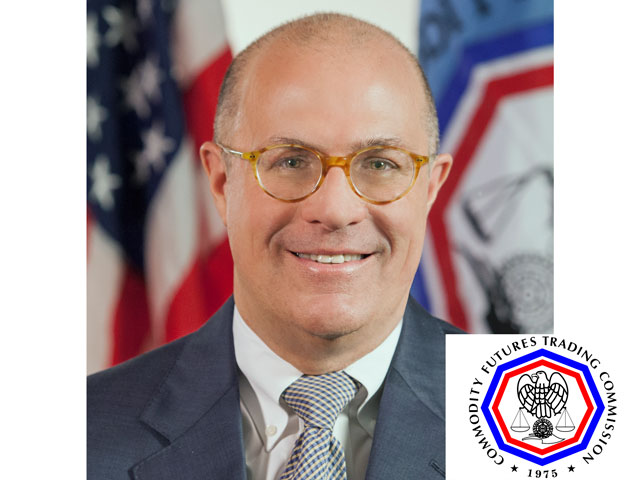