OMAHA (DTN) -- Environmental groups want the EPA to change the method used to account for land-use changes associated with the Renewable Fuel Standard, alleging in a petition filed on Tuesday that the agency hasn't followed the law.

Under the Energy Independence and Security Act that includes the RFS, crops produced for biofuels are required to be grown on land farmed prior to the passage of the act in 2007. The restriction was designed to prevent the cultivation of native grassland.

The groups claim in the petition that EPA has failed to verify that ethanol or biodiesel is produced with feedstocks grown on eligible cropland and not native grassland. Instead, they said, the agency measures the amount of total land in cultivation for food and biofuels to gauge if it stays below 2007 levels.

The groups have asked EPA to use an individual compliance system that requires biofuel producers to show that each feedstock source is grown on EISA-compliant land, or land that was cleared or cultivated prior to 2007.

The groups claim more than 7 million acres of wildlife habitat have been converted to cropland since 2007.

"Rather than protecting climate and the environment by restricting land use, aggregate compliance permits conversion of land not cultivated or actively farmed in 2007," the 72-page petition said. "It ignores the reality that land use in the United States is not static, and that agricultural land is frequently converted to other uses, so that remaining below a cap does not at all indicate that grasslands, forests, or other previously uncultivated land has not been converted to agriculture."

The groups point to an EPA study that shows although aggregate cultivated acres have stayed below 2007 levels, "Millions of acres of native land have been converted to cropland to grow corn for ethanol during this time, in contravention of both the text and purposes of EISA."

Though the theory of indirect land-use change (ILUC) has been largely disproven, the groups argue in the petition that the EPA's practices on the RFS have compounded ILUC.

Geoff Cooper, president and CEO of the Renewable Fuels Association, said in a statement to DTN that the groups' petition doesn't tell the whole story.

"There is absolutely no legitimacy to these claims, and all of the available evidence from USDA, EPA and others shows that cropland in the United States continues to shrink, while grassland and forestland is expanding," Cooper said.

"It is true that some cropland previously used for wheat, cotton, other coarse grains, and hay has been converted to corn over the past decade," Cooper said. "It is also true that some cropland previously enrolled in CRP (Conservation Reserve Program) returned to corn production, because Congress mandated a reduction in CRP acres. But there is no credible evidence whatsoever to support the notion that native prairie and grassland have been plowed under to make room for more corn."

"When Congress expanded the Renewable Fuel Standard, Congress was clear that biomass for fuel could not be grown on native, undisturbed grassland," the groups said in a news release.

"Congress recognized that conversion of native land to cropland releases stored carbon into the atmosphere, increases water pollution and eliminates wildlife habitat. For years, however, EPA has completely ignored its legal obligation by refusing to enforce these crucial environmental protections." 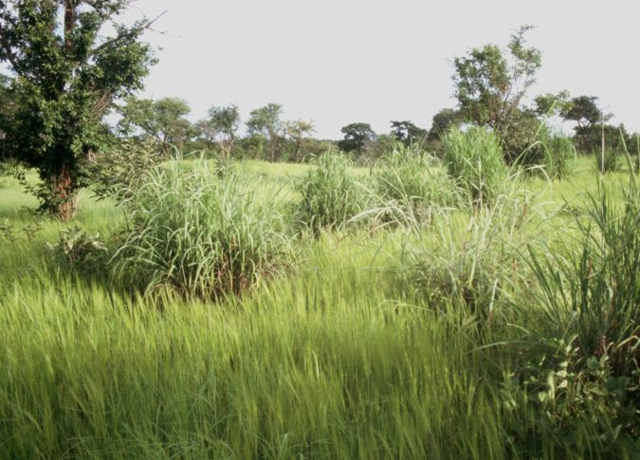