On the eve of national elections, a majority of rural adults approved of President Donald Trump's job performance. Farmers have been willing to give him space on trade. But there are issues floating around out there that either Trump or his successor ignore at their peril.

A DTN/Progressive Farmer Zogby Analytics Election poll found that 53% of adult rural Americans approved of the president's work, including his handling of the coronavirus outbreak. Support for the president is strongest in the critical Central Great Lakes region of the United States (55% of rural adults support him there), among those 65 years of age and older (60% support him), rural white people (55%) and married rural adults (57%).

But this poll also showed indecision and dissatisfaction in rural America. Eleven percent of rural adults are undecided about their choice for president. Forty-two percent of rural residents and farmers strongly or somewhat disapproved of the president's job performance. More rural adults (39%) told the poll that agriculture is worse off than it was four years ago. Twenty-three percent said it is better. A pretty strong 17% are riding the fence as undecided.

The survey included 1,008 adults living in rural counties and 120 completed surveys from the Progressive Farmer subscriber list. The margin of error is plus/minus 2.9 percentage points. This is the fourth election-year poll, going back to 2012, that Progressive Farmer has conducted with Zogby.

As rural adults vote, three issues most influence them in local, state and national elections in 2020. Sixty-two percent said the strength of the economy is most important, 48% said health care and 39% said gun rights/protection of the Second Amendment.

The economy is especially prioritized by Republicans (74% considered it an important issue) and Southern adults (67%).

Farmers and ranchers told DTN/Progressive Farmer and Zogby that Trump's focus on agriculture has improved their farming and ranching financial outlook (57%) and that the 2018 Farm Bill has provided an adequate safety net for their operation (57%).

Kentucky farmer Darren Grogan has been pleasantly surprised by Trump during his first term. Some of his trade policies have not been popular in the world of agriculture, but Grogan gives Trump the political space to negotiate. "We have to start somewhere. We have gone through some pain. But if no one is willing to feel it, (trade disputes) will never get resolved," he said. Grogan produces corn, soybeans and wheat at Arlington, Kentucky.

Fifty-six percent of farming adults believe Trump's emphasis on trade negotiations with China and the United States-Mexico-Canada Agreement (USMCA) has led to higher income potential for their farm operations. Fifty-nine percent of farmers surveyed said their farm operation would be struggling if it were not for the Market Facilitation Program (MFP) and the Coronavirus Food Assistance Program (CFAP).

Fifty-four percent of responding farmers said their businesses have been profitable during the past four years. "We can survive in this economy," Grogan said. "But we could thrive if the economy was better."

Angelo Erickson of Tarkio, Missouri, is a strong supporter of the president, but he spoke a single word about health insurance costs: "Terrible."

He offers health insurance to the family of one employee, paying the full premium. In five years, that monthly bill has nearly doubled to $1,200.

DTN/Progressive Farmer/Zogby tested attitudes toward The Patient Protection and Affordable Care Act. The question put to rural adults and farmers: Do they agree that the health insurance act has improved their ability to purchase insurance? Thirty-eight percent strongly/somewhat agreed, while just more than 40% somewhat/strongly disagreed. Further refining that division over healthcare insurance, 43% strongly/somewhat agreed The Patient Protection and Affordable Care Act should be repealed. Thirty-five percent somewhat/strongly disagreed.

One question read, "Environmental rules and regulations have not negatively impacted my ability to manage my operation." Fifty-four percent of respondents strongly/somewhat agreed with that statement and 41% somewhat/strongly disagreed.

DTN/Progressive Farmer/Zogby asked farmers to respond to this statement: "My operation would benefit from a program or market that pays farmers for sequestering carbon in the soil." Fifty-eight percent strongly/somewhat agreed, while 26% somewhat/strongly disagreed.

Of those saying there had been changes in weather on their farms, 29% of farmers and ranchers said the changes have been positive; 47% said negative and 24% are not sure. Farmers in the West generally feel better about changes in local weather patterns than farmers in the Central Great Lakes region. 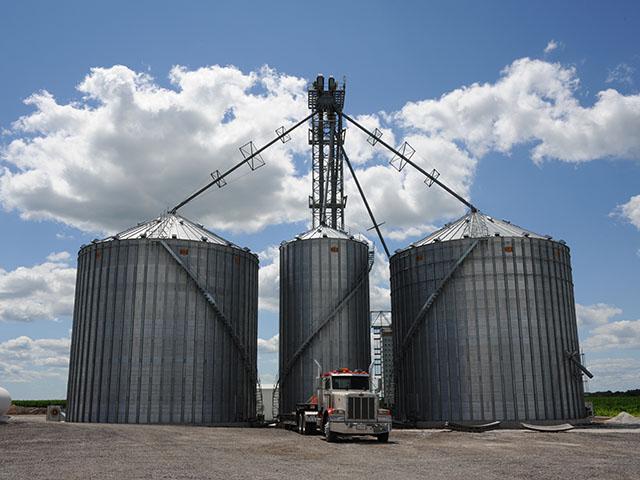