LINCOLN, Neb. (DTN) -- The majority of the largest meatpacking companies in the U.S. conspired to keep workers' wages low in order to control costs in violation of the Sherman Antitrust Act, according to a class-action lawsuit filed by three employees of those companies in a federal court in Colorado.

The companies include 10 red-meat processors and several of their subsidiaries that collectively produce about 80% of the red meat sold to U.S. consumers, according to the lawsuit in the U.S. District for the District of Colorado. The lawsuit also names two consulting companies as defendants. Two of the suing employees are from Iowa and the third from Georgia.

At least since 2014, the lawsuit said, the companies "conspired and combined to fix and depress" compensation paid to employees.

"Senior executives of each defendant processor established and approved those hourly wage rates, annual salaries and employment benefits at corporate headquarters during the class period," the lawsuit said.

In doing that, the lawsuit alleges, the companies designed, implemented and "concealed" a compensation survey that covers dozens of positions at the plants.

From 2014 to 2019, the lawsuit alleges, a "secret group" of red-meat processing executives designed a detailed red-meat industry compensation survey for processors to complete each year.

"During the class period, Jonathan Meng, WMS's president and the survey's administrator, warned the defendant processors that they were improperly exchanging future compensation data in a manner that was inconsistent with federal antitrust law. But defendant processors paid his warnings no heed for years."

When contacted by DTN, Cargill provided the following statement: "Cargill conducts business in a legal, ethical and responsible manner. The company denies any and all wrongdoing. While we cannot comment with specificity during the pendency of litigation, Cargill sets compensation independently to ensure that it pays fair and competitive wages to employees in each of the company's plants."

Smithfield Vice President of Corporate Affairs Jim Monroe said, "We have no comment at this time."

A spokesperson for Perdue told DTN the company doesn't comment on pending litigation.

The remaining seven companies did not respond to DTN's request for comment.

The lawsuit details how processing companies sent executives to in-person meetings with other companies.

"Defendant processors' senior executives extensively discussed, compared, and in turn further suppressed compensation through email and phone communications," according to the lawsuit.

In addition, the lawsuit outlines monthly meetings held by pork processors during which they "exchanged detailed, current, and non-public" compensation information.

"In furtherance of their conspiracy to depress class members' wages, defendant processors also entered into illegal 'no poach' agreements with each other to refrain from recruiting one another's employees," the lawsuit said.

"For example, counsel's investigation revealed that in 2016, defendants Iowa Premium LLC and JBS entered into an illegal 'no-poach agreement' regarding their Tama and Marshalltown plants in Iowa. The former director of human resources of Iowa Premium explained that JBS and Iowa Premium agreed not to 'solicit or poach each other's employees.'"

The alleged conspiracy was used, the lawsuit said, to increase company profits by reducing labor costs.

"The intended and actual effect of defendants' conspiracy to fix compensation has been to reduce and suppress the wages, salaries and benefits paid to class members since January 2014 to levels materially lower than they would have been in a competitive market," the complaint alleges.

Compensation decisions were made at each company's corporate headquarters, the lawsuit said.

"The fact that they did so at the corporate level reflects the significance of labor costs to their overall profitability," the complaint said.

"While local plant managers sometimes made recommendations for wage adjustments, senior executives at each defendant processor's corporate headquarters ultimately determined and approved workers' hourly wages, annual salaries and employment benefits. In the absence of the conspiracy, defendant processors, their subsidiaries and related entities would have competed with each other for labor during the class period by offering higher wages, higher salaries and superior benefits to class members." 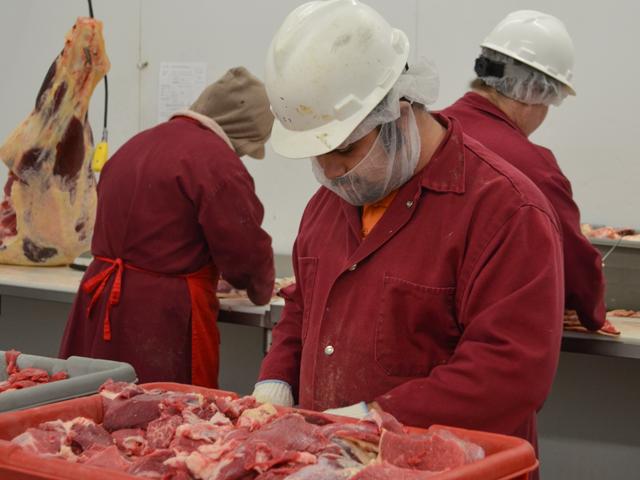