On Thursday, the governors of Iowa, Illinois, Kansas, Minnesota, Nebraska, North Dakota, South Dakota and Wisconsin asked EPA to begin a rulemaking that would place E10 and E15 on equal regulatory footing in the summer months.

The governors said in a letter to EPA Administrator Michael Regan, however, they were officially requesting the agency to conduct a rulemaking to eliminate the current disparity between E10 and E15 and gasoline, as it relates to ozone regulations in their states.

The states are asking for the removal of the 1-psi Reid vapor pressure, or RVP, waiver for E10 ethanol blends. Currently, there is an RVP limit of 10 psi for E10 and 9 psi for gasoline in the summer months.

The Clean Air Act allows governors to notify EPA that they wish to reject the use of the 1-psi waiver for E10 in their states. This would result in the application of the same volatility limitation to both E15 and E10 in their states -- essentially putting E10 and E15 on the same footing.

This would compel fuel suppliers to reduce RVP of CBOB, a common grade of gasoline produced by refiners in the U.S., from 8.8 to 7.8 psi. The Clean Air Act requires governors to show such action would benefit air quality in their states.

As part of the application, the states provided the results of a study conducted by Ecoengineering Inc., which showed all states would improve air quality by eliminating the 1-psi waiver.

"The emissions benefits of lowering gasoline vapor pressure by 1-psi were modeled for each of our states," the governors said in the letter to Regan.

"The analysis concluded that a 1-psi RVP reduction would be beneficial to air quality, as emissions of carbon monoxide, oxides of nitrogen and volatile organic compounds would be reduced. We urge swift action to help lower fuel prices across the country, restore energy independence, and increase consumer access to our nation's homegrown biofuels."

WANT IN TIME FOR 2023 DRIVING SEASON

"While this emergency RVP waiver will deliver economic relief and energy security benefits in the near term, a permanent solution allowing the year-round sale of E15 is also needed for long-term certainty," the governors said.

Renewable Fuels Association President and CEO Geoff Cooper said in a statement the states' action will help the bulk of the ethanol industry.

"These governors should be applauded for pursuing a simple regulatory solution that will allow consumers in their states to benefit from E15's lower cost and lower emissions 365 days a year," he said.

"Once this notification is approved by EPA, it will mean lower pump prices for drivers in these eight states, lower tailpipe pollution, a more secure energy supply, and a more vibrant rural economy. These states have guided the way forward on E15, and we call on other states and the EPA to follow their lead, so that the benefits of E15 can be permanently enjoyed by drivers across the nation."

Cooper said recent research conducted by the refining sector showed the action sought by the governors would increase gasoline production costs by just 1.5 cents per gallon or less in the Midwest.

"While President Biden's recent decision to lift restrictions on E15 fuel nationally this summer was a welcome and exciting announcement, particularly as drivers across the nation continue to face high gas prices, we need a permanent fix to protect access to E15 next summer and beyond," Skor said in a press statement.

"The governors' timely request to Administrator Regan would allow more drivers in their states to save money at the pump and reduce vehicle emissions as we work toward a national permanent solution."

Also, this week the Iowa Legislature passed a bill that will require E15 to be offered across Iowa by 2026 and set a 9-cent, per-gallon E15 promotion tax credit through 2025. 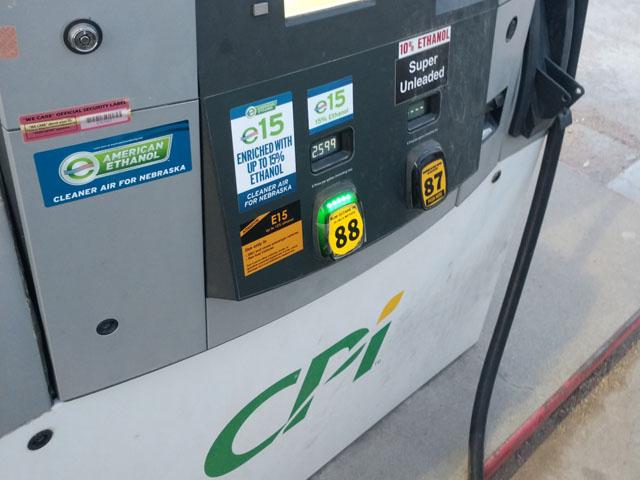