MT. JULIET, Tenn. (DTN) -- Higher prices for corn, soybeans and wheat should outpace the increase in input costs for the 2022 growing season.

Robert Fox, director of the Knowledge Exchange Division at CoBank, said that even at current high prices, fertilizer accounts for about 10% to 20% of an average farm's input costs, depending on the crop.

"If fertilizer prices double and crop prices double, you'd still be much better off," Fox told DTN in an interview, noting the broad upward pressure on prices for inputs like land, machinery, seed, herbicides and fuel. "All of these things are definitely edging up. It will eat away at the gains that one would normally expect when you see corn close to $7 and wheat at $11 and beans close to $17 per bushel."

University of Illinois crop budgets estimate a return of $276 per acre for corn grown on high-productivity central-Illinois farms and $199 per acre for soybeans.

Jackson Takach, chief economist and head of strategy, research and analytics at Farmer Mac, said farmers are constantly adapting to uncertainty. After the pandemic, it was drought in South America. Now, it's Russia's war on Ukraine.

"Even though there are some extreme pressures and some moving pieces, I still think the farm sector is in good financial health to withstand a lot of this uncertainty," Takach told DTN in an interview. "Fortunately, a couple of good years gave farmers that working capital back to sort of rebuild the business's dry powder. I think that's going to help sustain us through this additional uncertainty in 2022 and 2023."

Fox said he's cautiously optimistic about farm profitability in 2022 but has concerns about further out. "I think we're definitely on a higher cost plane. We're also probably on a higher price plane here for the next few years because there are going to be multi-year side effects from the Ukraine situation."

Doug Johnson, ag strategist at Moody's Analytics, said today's inflationary economic environment has a lot of parallels to the 1970s. One of those parallels is disrupted trade with Russia. In 1980, it was the grain embargo against the Soviet Union. Today, it's realigning global supply chains in response to Ukraine's export ban and cooling trade relationships with Russia and Western nations.

Another parallel -- big bills. In the '80s, many borrowers had high debt levels because they had just purchased the farm from their parents. As farms grew larger, so did their total expenses, noting that a $150,000 operating line in the 1970s is more like $1.5 million today.

"Today, there are more commas and zeros on the balance sheet than ever before," Johnson said. As a total percentage of the budget, interest expenses are significantly less, but on a larger loan, it's a much larger dollar figure.

A third parallel is the rising interest rate environment, although there are significant differences too. The Fed Funds Rate, which banks use to set interest rates, climbed to 20% in 1979 and 1980 to combat inflation. Now, after 15 years of keeping the rate near zero, the Federal Reserve is poised to raise rates six more times this year, potentially by more than 0.25% at a time if necessary.

The big difference between the 1970s and today is that farmers' debt-to-equity ratio is in a much better position. They own more of their land outright, and the value of that land keeps appreciating.

"I don't think we're going back to the '80s because there's too much generational wealth that has helped protect the industry from volatility because there's something to fall back on," Johnson said. In the 1980s, farms that couldn't keep up with rising interest costs were forced to sell. Today, there's plenty of collateral.

After the 1980s debt crisis, U.S. row-crop growers focused attention on building prosperity through increased trade. After this 1970s-esque crucible of conditions, Johnson said he thinks the future path of prosperity will be adapting to the changing landscape of environmental, social and governmental initiatives. Rather than focusing on how to increase profitability through higher yields, the most profitable businesses will find ways to shorten the pathway to the consumer and adapt to their tastes.

"Right now, we're getting paid to sequester carbon, but in the future, it's very likely we will get taxed for not sequestering," he said, adding that the most successful businesses stay ahead of these trends. They get better instead of just getting bigger. "Your gold-plated producers are the ones that truly know their numbers. They know their input costs by commodity. They know which field is making money or not making money."

With commodity market volatility likely to persist and input prices unlikely to drop, Fox said it's a new paradigm. "New cost structures, new volatilities, new levels of price. Maybe $4 corn is a thing of the past? We'll have to see." 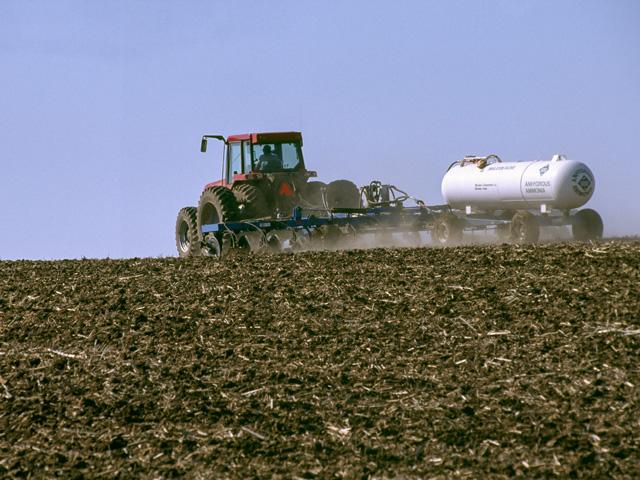