OMAHA (DTN) -- Two bills introduced in the United States Senate this week would remove fish and wildlife as an authorized priority in the Missouri River Basin and would place a priority on flood control, following devastating and ongoing flooding in the basin this spring.

The first bill would remove fish and wildlife as a priority in managing the basin, and the second would establish an advisory council formed by two representatives of all the states in the basin. That council would make recommendations to the U.S. Army Corps of Engineers on how to prioritize flood control and navigation in the master manual.

The bills are being co-sponsored by Sen. Charles Grassley, R-Iowa, and Rep. Sam Graves, R-Mo.

In March 2019, the U.S. Court of Federal Claims found the Corps responsible for property damage from recurring floods. Some have blamed the recurring floods on a change in priority by the Corps.

In 2004, the Corps began prioritizing wildlife protection and restoration over flood control. The Corps reopened historic chutes, increased reservoir stage and endangered species releases, essentially returning the river to a natural state to expand spawning and breeding areas for species.

At public meetings held across the basin this spring, Corps officials reiterated they have been following the master manual in managing water flows.

"The Missouri River flooding has once again devastated our state and it's clear something has to change," Hawley said in a press statement.

"People who live along the river regularly deal with catastrophic flooding, simply because the Army Corps is acting under conflicting priorities. What's more, farmers feel like they have been shut out and their voices don't matter -- and that is completely unacceptable. By introducing these bills, we can get at the root of the problem, demand change, and ensure the Army Corps prioritizes the safety and sustainability of our communities."

The second bill would require the president to appoint two representatives each from South Dakota, Nebraska, Iowa, Missouri, Kansas, Montana and North Dakota, as representatives from agriculture and the river commerce industries, to an advisory council tasked with providing recommendations to the Corps.

Recommendations will include how to best prioritize flood control and navigation in the basin. The council would be in place for one year, according to the legislation.

During a Senate Environment and Public Works committee field hearing in Glenwood, Iowa, on April 17, Major Gen. Scott Spellmon, deputy commanding general for the Army Corps of Engineers Civil and Emergency Operations, told senators on hand it may be time to revisit 97 recommendations made after the 1993 flooding on the Missouri and Mississippi rivers. 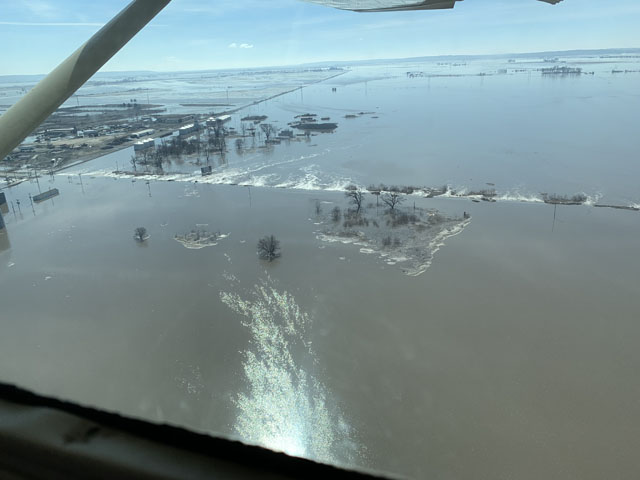