BIRMINGHAM, Ala. (DTN) -- If America's farm economy is a little fragile right now, land values are the glue holding it together. Land makes up 83% of total farm assets, and prices for this basic necessity of farming have barely budged when compared to net farm income -- down 49% since 2013.

"It's true that at the U.S. level land prices have hardly come down at all, but we've seen rather large adjustments to both land values and cash rents in some regions, notably the Corn Belt. There, we've seen declines between 15% and 25%, depending on the area," said Langemeier, associate director at Purdue University's Center for Commercial Agriculture.

He stressed how important it is when it comes to land to look at real asset numbers in the farm economy, as well as real debt and overall farm-sector equity.

"Because land values have not dropped much, assets are relatively high," he noted. A peak in 2012 showed real assets for the farm sector at $2.75 trillion; five years later, that number is projected to be $3.03 trillion.

Equity, essentially assets minus debt, has been holding near 2014 levels, which were $2.64 trillion. For 2017, that value is projected at $2.65 trillion. Any drop in assets or increase in debt, Langemeier explained, will lower equity.

"If a region is seeing equity fall because land values are down and debt is climbing, there are potential solvency issues," he said. Going into 2018, he's concerned about farmers' liquidity, describing it as "tight." Continued lower liquidity will likely lead to more debt backed by real estate. That would result in more property on the market, pushing land values down and setting up a chain reaction.

As land has come on the market and sold during the course of 2017, however, an anecdotal compass points to a path for prices that still seems to offer mostly stable footing. 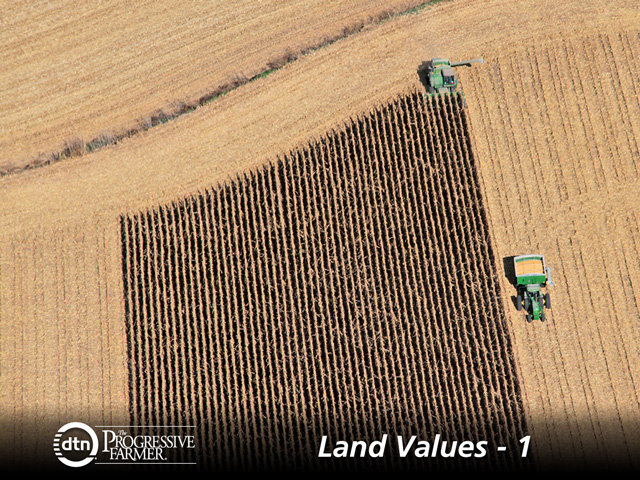