As a businessman, Kirk Rimer knows that it's sometimes necessary to spend money to make more money. So when it came time to put his prized ranch on the market, he didn't flinch when his real estate team recommended he invest in putting a "fresh shine" on the place by repairing fences and roads, and cleaning out scrub brush before listing the property.

Those investments paid off big-time. Every dollar he spent on improvements boosted his sale price by roughly $7 an acre.

Rimer had owned the 1,922-acre Cedar Ridge Ranch, in Bosque County, a half-hour's drive west of Waco, Texas. The high-fenced game and cattle ranch with dramatic scenic view was purposed for recreation and cattle and hay production.

"While my son and daughter were enrolled at Baylor University, we enjoyed many a weekend on the ranch," Rimer reported. "But once they had both graduated, our times there became fewer and fewer. Instead, it got to be a lot of work to keep the property maintained."

When he decided to sell the ranch, Rimer interviewed several ranch realtors. He was impressed with Hortenstine Ranch Co. LLC, Dallas, particularly with owner Blake Hortenstine and his business partner, Cash McWhorter. "I could tell these were ranch-savvy guys who understand what investments add value and which are not likely to have much of a payoff," Rimer explained. "I was comfortable that they wanted to help me get the most value from our sale and not just have me spend money with no return."

The trio drew up a list of improvements and prioritized what absolutely needed to be done, what would be nice to do and what he could do without. "It was a real business process," Rimer recalled. "We were not just throwing darts on the wall."

One obvious priority was repairing the property's road system. They graded the main road, which leads from one side of the ranch to the other, filled in the low places and topped it with caliche gravel.

"We reworked the secondary roads leading to difficult parts of the ranch," Rimer said. They repaired the high-game perimeter fence and installed "walk-in" gates for hunters. They planted food plots for game.

A fire in 2012 devastated 600 acres of the ranch, destroying primarily mesquite and cedar trees. Rimer brought in a machine that chewed up the cedar tree skeletons to improve the look of the burned-over area.

For example, Rimer's property included a 100-year-old barn he thought could be repaired. "But they recommended I not do anything. It's an aesthetic improvement, they said; leave that decision to the discretion of the new owner."

Rimer estimated he spent about $50 an acre on improvements. But when the sale of the ranch closed, he pocketed $400 an acre more than his previous high bid. "Some of that was probably due to an uptick in the economy," he conceded. "But I can tell you, the place looked a heck of a lot better than it did before we listed it."

Blake Hortenstine said there are things a landowner can do to increase the value of property that don't cost a lot of money. For example, replacing a sagging wooden gate with an easy-to-open pipe gate at the entrance of the property helps make a good first impression. Also, mow the grass and weeds around the entrance and along roadways and fences.

"I can't overemphasize the value of fixing up roads that provide easy access to all parts of the property, particularly to scenic areas that might be suitable for a homesite or picnic area," he said.

It's beneficial to create park-like settings in strategic locations. "Some people want a few hundred acres where they can hunt, fish or just get away from the bustling city on weekends with their families," Hortenstine said. "Others want larger acreages for investment purposes that they can use for recreational activities, while also generating income from running cattle or baling hay."

It's a challenge to get landowners to spend money on improvements when their primary interest is making money from the sale of their land. "Some are not aware of the technical assistance and cost-sharing available from NRCS [Natural Resources Conservation Service] for enhancing wildlife habitat and putting in a pond or small lake," he said. A spring-fed, constant-level lake can increase the value of a property by $15,000 to $30,000 per surface acre, depending on the quality of the lake and its recreational potential.

It's equally important what not to do. Hortenstine recalled one landowner who cleared most of the mesquite from his pastures, eliminating its wildlife habitat and reducing the value 25%. Avoid overgrazing pastures, which damages their value.

Hortenstine can draw from personal experience. He and his brother, Lee, also a ranch real estate professional, briefly owned a 330-acre recreational ranch in Shackelford County, near Albany, Texas.

"It was unimproved, unfenced on two sides, covered with mesquite and had a poor road system," Lee Hortenstine said. "But it had a lot of character and a creek running through it."

The Hortenstines erected a high-quality, five-strand barbed wire perimeter fence on both sides and upgraded the interior roads to provide access to Taylor Creek and other scenic areas of the property. They also got the Railroad Commission of Texas to plug an abandoned oil well, cleaned up the bottomlands and put in two 8-acre food plots.

After spending roughly $100 an acre on improvements, they sold the ranch several years later for three times their original purchase price. 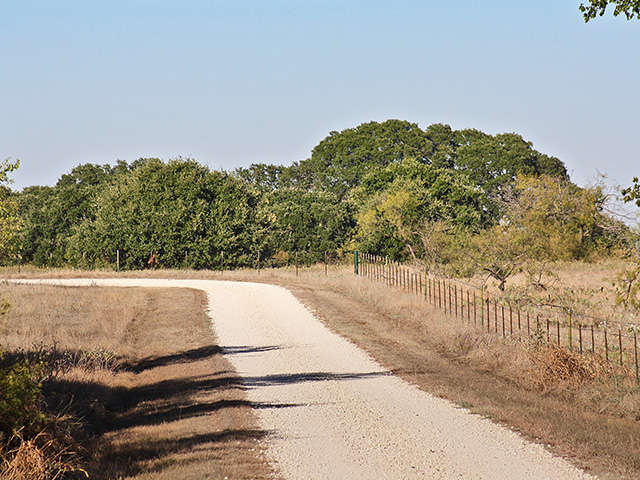