OMAHA (DTN) -- There have been a lot of arguments about what the U.S. hasn't done or could have done better since the war in Ukraine began in February. Agriculture also has been drawn into arguments about production, aid, exports and the role of biofuels in either food inflation or a possible energy solution.

Yet, in the magazine, "The Atlantic" on Monday, staff writer David Frum, a political commentator and former speechwriter for President George W. Bush, wrote "The U.S. Subsidy That Empowers Putin." In Frum's essay, he makes the case that "the ethanol program" has helped leverage Russian President Vladimir Putin's hand because if Putin can take over Ukraine, then "the enlarged Russian empire would provide almost one-third of the world's wheat exports."

Frum stated, "Russia has become so dominant in wheat markets in great part because America has retreated from them. U.S. wheat production was about one-third lower in 2018 than at its peak in the early 1980s. Wheat has yielded to corn. Almost 70% of all U.S. grain production is now corn, up from 47% in the late 1960s. And of that immense crop of corn, almost half is formulated into ethanol to drive cars and trucks."

Corn acreage since the early 1990s is up about 14 million acres on average. Yield for corn has gone up roughly 54 bpa or about 30% as well.

While wheat acreage may have lost ground to corn, the biggest gain in acreage since the early-1990s has been soybeans, which has added more than 20 million planted acres. Soybean yields have grown about 12 bpa during that time.

Looking at lost wheat acres over time, USDA cites "international competition in global wheat markets" and better profitable returns for growing other crops. Changes in farm programs in the 1990s also gave farmers more flexibility about which crop to grow. On top of that, corn and soybeans have biotech varieties that have helped increase production and better manage crop pests.

Wheat, because it is primarily a human food, has not had any genetically engineered seeds approved for farmers to grow.

And then there is climate change. Soybeans and corn are now grown more in the Dakotas, Minnesota and other northern states up into Canada. Both genetic improvements and longer growing seasons have played roles in the northern migration of those crops taking acreage from wheat.

These are a few reasons why it's oversimplistic and inaccurate to declare U.S. wheat has lost all of its acreage because of corn ethanol.

Focusing on the energy debate, U.S. ethanol production has the capabilities to offset the loss of Russian oil imports. That was a repeated theme last week at Commodity Classic. The capacity of the country's 208 operating ethanol plants is large enough to add at least another 1.5 billion gallons of liquid fuel into the supply stream. Allowing year-round E15 and converting one-third of all fuel pumps to E15 would fill that gap.

Frum wrote any benefits of ethanol over gasoline "are nullified by ethanol's terrible toll on world food output."

He dismisses, discounts or doesn't consider the 22.2 million tons of distillers dried grains, of which about half are also exported, that come as a byproduct from ethanol production.

Frum concludes that "If food-importing nations in Asia and the Middle East could be assured that more American wheat, barley, and sunflower oil would be headed their way in 2023, and more corn would be available for animal feed rather than burned up as automobile fuel, wiser U.S. farm policy could even help consolidate global support for Ukraine."

Yet, Frum neglects to mention that the U.S. also is the world's largest corn exporter, expected to ship out 2.5 billion bushels (bb) for animal feed and other uses in the 2021-22 crop. The closest U.S. competitor on corn is Brazil at just under 1.7 bb exported. Ukraine is a big player in this space as well and would be in a normal year expected to export about 1 bb of corn as well.

In corn, the U.S. now is projected to carry over 1.44 bb from the 2021-22 corn crop, or about 9.6% of total use. The U.S. again has the largest expected ending stocks of any of the world's largest corn exports. Nobody else comes close.

Frum didn't have the capacity in his article to highlight other energy subsidies, but he champions that "North American oil and natural gas can carry the world through the transition to an energy future based on wind, sun and the atom." While advocating for increased reliance again on fossil fuels, Frum's piece gives a distorted, oversimplified picture of U.S. ethanol policy -- "Ethanol has become a Washington joke."

In the end, Frum uses a rare, generational crisis in which a global breadbasket is invaded as rationale to attack a single U.S. renewable energy policy built through a diversified set of refinery operations scattered across rural America. Frum also fails to understand that farmers and agribusinesses built the biofuels industry at least in large part as a way to diversify how farmers sell their commodities to stay in business.

To see the full article in The Atlantic: "The U.S. Subsidy That Empowers Putin" https://www.theatlantic.com/… 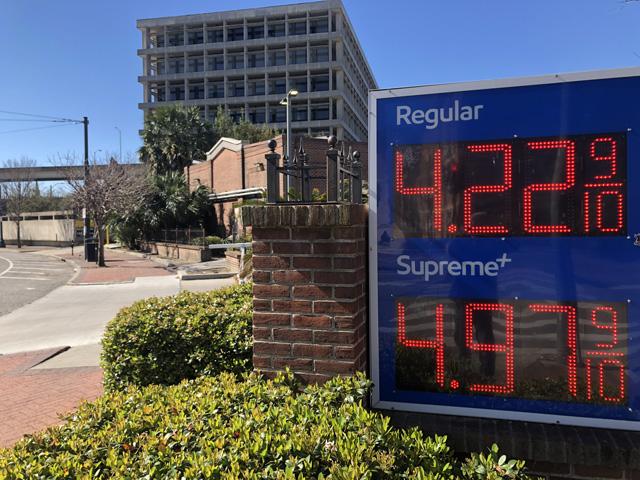