Drought happens. So do tough, muddy winters. Unfortunately, you're reminded of that every time weeds pop up in the bare spots of pastures or hayfields. The good news is there are two new products to help the fight: Rezilon (Bayer CropScience) and ProClova (Corteva Agriscience).

Rezilon, which was used in the fruit, nut and turfgrass industry recently received a label for pastures and hayfields. And, ProClova, a herbicide that is kind to white clover, zaps broadleaf weeds.

University of Georgia forage scientist Lisa Baxter is giving Rezilon (indaziflam) a test drive. On bermudagrass hayfields, she looked at two different rates at different times in three different locations. She says, "It was a success for seasonlong weed control."

"We put Rezilon out in late September when the field was still green. It won't hurt bahia- or bermudagrass, and it did a fantastic job with fall weed control," she reports, adding that in some plots, they applied it again in February. Where they only applied Rezilon in February, Baxter adds they didn't get the same level of control. Based on her use of Rezilon, Baxter says most producers can apply 3 ounces on Labor Day and 3 ounces on Valentine's Day for seasonlong control.

"It is a preemergent herbicide," she stresses. "You have to get it out before the weeds emerge. Also, use a boom instead of a boomless sprayer to get good coverage, and time applications after grazing or cutting hay to make sure the chemical gets down to the soil."

Her one-time rate was 5 ounces per acre, and the two-time rate was 3 ounces for each application. According to the label, up to 6 ounces can be applied per acre per year. Rezilon runs around $8.55 an ounce in the Tifton area, where Baxter tried it.

While Baxter says Rezilon didn't give her as broad-spectrum weed control as she would have seen with a postemergence herbicide, she was pleased with the control she got on both grassy and broadleaf weeds. She was also happy with the control where ryegrass has been, showing resistance to other herbicides.

"In Moultrie, we hit the ryegrass with four different herbicides, and Rezilon was the only one the ryegrass had a sensitivity to," she says.

To control smut grass, Baxter tried Rezilon along with Velpar in bahiagrass plots. She put out 4 ounces of Rezilon per acre in April 2020, later than she would have liked; but like everyone else, she notes they were battling shutdowns tied to COVID-19. In addition, 2019-20 marked a mild winter in the state, where the bahiagrass never really went dormant. So, Baxter followed that April application of Rezilon with 3.5 pints per acre of Velpar in August. Once again, she wanted to apply the herbicide earlier, but she had to wait for a break in the rains.

"The advantage of using Rezilon and Velpar, compared to Velpar alone, is we didn't see as much bahiagrass damage in that study. Once we get another year of data, though, we'll know better," she says.

Baxter was encouraged by the results of a systems-based approach to smutgrass control, where both herbicides, along with 50 pounds per acre each of nitrogen and potash, seemed most effective. She put the fertilizer out in April, then again after hay harvest in July. This was the priciest option by far, at $185 an acre, and Baxter says, "we've got to wait a year to see if the smutgrass comes back."

Corteva officials are hopeful ProClova will be available to producers this spring. This new herbicide was developed with an eye toward protecting white clovers.

Scott Flynn, Corteva zonal biology leader, says the No. 1 reason producers don't want to treat pastures with herbicides is clover protection. The newly developed molecule in ProClova leaves white clover and annual lespedeza while controlling broadleaf weeds ranging from wild carrot to buttercup to musk thistle to cocklebur. It can be used with a reduced rate of 2,4-D to get even more species.

ProClova goes out at 24 ounces per acre. It also doesn't tend to drift as badly as some other herbicides.

Flynn says producers will see a bit of twisting of white clover after an application, but even in pure stands, by day 28, it has recovered. By day 46, he adds, "You can't tell we ever made an application."

For red clover, ProClova isn't so kind. And, Flynn says alsike clover or burr clover don't tolerate it either. Aside from this, he says there are few disadvantages to the herbicide.

"It isn't a magic bullet," Flynn adds. "It is not as broad spectrum as GrazonNext or DuraCor." He says ProClova only suppresses horsenettle, and since it isn't a residual, it isn't effective on spiny pigweed if applied in the spring.

"Eastern red cedar encroachment is our biggest problem," he notes. "It starts on fencerows where birds light, but then it moves into the pastures. Prescribed fire is the easiest way to control it. Spring is the traditional time for controlled burns. It cleans up dead grass growth, controls cedars and stimulates growth of native grasses."

While the use of fire is not something new in land management here, Redfearn says progress has been made in the last 10 years when it comes to the acceptance of prescribed fire.

Another management option for weed control is controlled grazing. This works well with cheatgrass, a water-robbing weed in the region.

"Cheatgrass begins to grow before native warm-season grasses and uses soil moisture, and shades out early growth of grasses. Annual bromes like cheatgrass complete their life cycle in six weeks. The [nutritional] quality can be high before they become reproductive," he says. The goal here is to graze cheatgrass early with a high stocking density.

"Manage them the opposite of the way you manage the forages you want," Redfearn continues.

The University of Nebraska specialist adds, "Recently, we've seen some chemicals that can control cheatgrass, but they are quite expensive. Trying to control a grass in a grass when you're starting behind the eight ball is almost impossible."

Georgia's Baxter agrees that where management works, it can be the key to long-term improvements.

"Anything we can do to promote ground cover does more than patching up with herbicides. Put out potassium and lime to increase pH, and use basic forage management. Leave enough residual forage, whether you're cutting hay or grazing it." 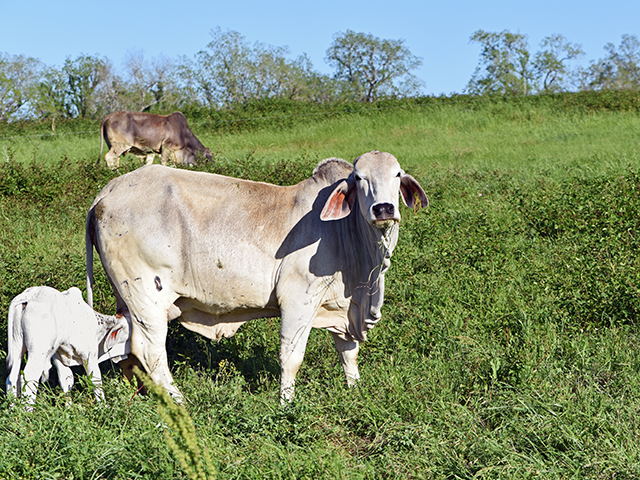