As farm, rural and nutrition groups began mounting vigorous campaigns for inclusion of their priorities in a fourth coronavirus aid package, Treasury Secretary Steve Mnuchin said at a White House news conference today that he hopes a package will be passed by the end of this month.

“We are committed that, by the end of this month, to make sure that before the enhanced unemployment insurance expires, that we pass legislation so that we can protect Americans that are unemployed,” Mnuchin said at a joint news conference with President Donald Trump, Senate Majority Leader Mitch McConnell, R-Ky., and House Minority Leader Kevin McCarthy, R-Calif.

Mnuchin noted that he and White House Chief of Staff Mark Meadows “will be meeting tomorrow with the Republicans at the lunch to give them a full briefing, and then we will also be reaching out to the Democrats to begin our discussions.”

To prevent such an outcome, Larew urged legislators to consider several emergency measures, including a boost in funding for direct assistance for farmers, programs that would facilitate the purchase and distribution of surplus food from farms to food banks, greater flexibility for farm credit programs, and the elimination of barriers to Small Business Administration (SBA) programs.

The bill would provide compensation for farmers who are forced to euthanize or donate animals that can't be processed into the food supply, but the NPPC also wants direct payments to producers that are not in that bill.

On the call, Steve Meyer, an economist with Kerns & Associates, said that, based on lean hog futures prices on March 1 and July 10 and actual hog prices in the interim, potential 2020 revenue from hog sales has been reduced by roughly $4.7 billion. Other losses associated with euthanasia, disposal and donation of pigs with no market outlet and insufficient space to hold them mean U.S. pork producers have lost nearly $5 billion in actual and potential profits for 2020, he said, adding that it appears those losses will continue into 2021.

“This is, by far, the worst financial disaster ever for American hog farmers, who were already in a weakened financial position due to two years of trade retaliation” said Meyer.

“Roughly 2 million hogs are still backed up on farms and this is likely to cause more pigs to be euthanized to prevent suffering due to overcrowding. If COVID prompts additional plant disruptions — a real possibility — the number of hogs backed-up on farms will swell precipitously.”

National Rural Electric Cooperatives CEO Jim Matheson said in a call to reporters today that members are urging Congress to include a bill that would allow co-ops that have borrowed money from the Treasury Department to get a reduced interest rate without paying a prepayment penalty.

Matheson and rural electric co-op CEOs from Kansas, North Dakota and Florida said that the co-ops have experienced a loss of income due to businesses closing or operating at a lower level during the pandemic and that the lower interest rates would make it easier for them to continue to provide service and also rebuild their infrastructure.

The Food Research & Action Center, in coordination with the Children's Defense Fund, Coalition on Human Needs, and First Focus Campaign for Children, today mobilized individuals and organizations to “Ring and Rally” their senators in conjunction with a digital campaign to convince the Senate to include House-passed legislation to 1) boost the Supplemental Nutrition Assistance Program (SNAP) maximum by 15%; 2) increase the SNAP minimum monthly benefit from $16 to $30; and 3) suspend all SNAP rules changes that would terminate or weaken SNAP benefits.

“The senators' ears should be ringing,” said FRAC President Luis Guardia in a news release. “People from across the country sounded the alarm for the Senate boost SNAP in the next COVID-19 recovery package to limit the depth and duration of food hardship and economic dislocation.” 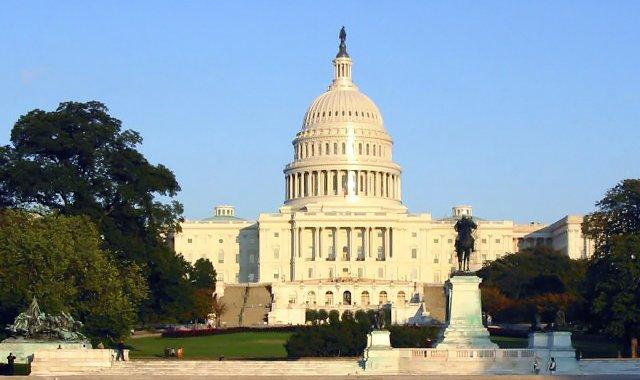