OMAHA (DTN) -- EPA will no longer approve product labels that claim glyphosate causes cancer, the agency announced in a new guidance on Thursday.

"EPA will no longer approve product labels claiming glyphosate is known to cause cancer -- a false claim that does not meet the labeling requirements of the Federal Insecticide, Fungicide and Rodenticide Act, or FIFRA," EPA said in a news release.

"The state of California's much criticized Proposition 65 has led to misleading labeling requirements for products, like glyphosate, because it misinforms the public about the risks they are facing. This action will ensure consumers have correct information, and is based on EPA's comprehensive evaluation of glyphosate."

California's Prop 65 required products that contain glyphosate to include warning labels stating the chemical is known to cause cancer. The law was challenged and an injunction preventing its enforcement remains in place.

The vast body of science done on the chemical, however, has found no direct link between glyphosate and human cancers.

At last count, more than 18,000 lawsuits have been filed against Bayer alleging glyphosate caused cancer. So far, Bayer has lost a handful of product-liability lawsuits. Juries have awarded plaintiffs hundreds of millions of dollars.

Though glyphosate was developed by Monsanto (now owned by Bayer), it is off-patent and sold by many agriculture companies as one of the most widely used herbicides in the world. It came to market in 1974 under Monsanto's Roundup label for control of perennial and annual weeds in non-crop and industrial areas. Agricultural crops genetically engineered to withstand glyphosate have greatly expanded the use of the chemical since 1996. Glyphosate is also used in forestry, urban, lawn and garden applications. Bayer also had glyphosate in its portfolio before acquiring Monsanto.

That broad use has drawn world-wide attention to the herbicide and its safety.

The EPA in May said it continues to find no human health risks associated with the use of glyphosate and the herbicide is not a carcinogen, the agency said in its latest review.

"It is irresponsible to require labels on products that are inaccurate when EPA knows the product does not pose a cancer risk," EPA Administrator Andrew Wheeler said in a press statement. "We will not allow California's flawed program to dictate federal policy. It is critical that federal regulatory agencies like EPA relay to consumers accurate, scientific-based information about risks that pesticides may pose to them."

The EPA made the announcement in a letter sent to companies that have glyphosate-based products. Read that letter here: https://www.epa.gov/….

California lists glyphosate as a substance under Proposition 65, based on the International Agency on the Research for Cancer classifying it as "probably carcinogenic to humans."

"EPA's independent evaluation of available scientific data included a more extensive and relevant dataset than IARC considered during its evaluation of glyphosate, from which the agency concluded that glyphosate is 'not likely to be carcinogenic to humans,'" the agency said in a news release. "EPA's cancer classification is consistent with many other international expert panels and regulatory authorities." 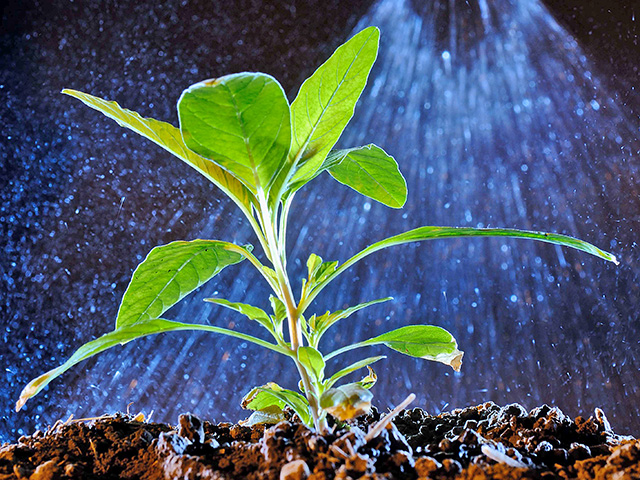