OMAHA (DTN) -- As flood waters continue to recede in the east and the dig out continues from a recent blizzard in the west, the agriculture tally from the worst disaster in Nebraska's history may go on for months to come.

The state's Agriculture Director Steve Wellman told reporters on Monday evening that early estimates are the hit to the state's livestock sector may be in the hundreds of millions of dollars.

"We're looking at a $400 million impact to livestock -- mostly beef," he said, "and with spring planting there will be delays. It's hard to know what it really amounts to. As for a number of acres, we haven't tried to do."

At the peak of the flooding, Nebraska Department of Transportation Director Kyle Schneweis said there were 79 highways closed accounting for 1,568 miles.

As of Monday, that number and been whittled down to about 540 miles. In addition, there wasn't a single flood rescue request in the state on Monday after a several-day total of 163.

"This event has been overwhelming," he said. "We have little doubt that we qualify."

Tuma said state officials will meet with Federal Emergency Management Agency officials in Kansas City on Tuesday, to discuss the state's expedited application for both public and individual federal disaster assistance. This is just the second time in the state's history it has applied for individual assistance, the first being in 2011 with the Missouri River flooding.

The hope is the request will move quickly to President Donald Trump's desk for a signature. Tuma said once approved, the state will begin a full assessment of the damage.

"We've never had an event like this in the history of our state," Tuma said.

Though floodwaters are receding in northeast Nebraska, flooding from the Missouri River already has reached 2011 levels in the southeastern tip of the state.

Nebraska State Patrol Colonel John Bolduc said as a result of Interstate 29 closing in southwest Iowa and northwest Missouri, Nebraska Highway 75 in the Nebraska City area is taking the brunt of truck traffic.

In the Plattsmouth area, in the state's southeastern corner, the Missouri River has flooded to a level already exceeding the 2011 disaster.

Ricketts said though waters are receding, there still is a lot of work to do.

"This is going to take a while," he said.

"Eleven bridges are completely gone. It is going to be a months'-long process. I expect you'll see Nebraska pulling together. There also will be hundreds of homes damaged and I suspect we'll be working (to recover) through the course of the year."

State officials said the state's agriculture sector is seeing many disruptions as a result of road closures.

Wellman said dairies in eastern Nebraska have seen delivery drivers travel 100 to 150 miles out of the way to and from dairies. Many agriculture businesses are finding it difficult to receive supplies to continue operations, he said.

At the moment, state officials are focused on flood damage to highways, and have been in contact with county officials about the extent of damage to county roads.

Wellman said many of the state's farmers and ranchers will continue to see travel disruptions on county roads.

"It's extreme," he said about the damage. "This will be a long-term project to rebuild what's been damaged."

Based on early assessments, Wellman said detours will cause farming operations to incur an additional $1 million per day in transportation costs statewide.

As of Monday, in addition to bridges lost, Schneweis said there is about 200 miles of highways that either require repairs or complete reconstruction.

"It will require significant investment," he said. "We expect the damages statewide to be in the hundreds of millions of dollars. We ask that people stay patient. We are making progress and will need more patience."

Once the flood waters recede, Schneweis said officials will inspect roadways and reopen those deemed to be safe.

Getting a handle on the extent of the damage to county roads, however, may take some time.

"There are some counties that might have 1,000 miles of county roads to assess," Schneweis said.

As the state begins to add up the damage to roads, he said the rebuilding plans going forward will depend on each individual situation.

For example, Nebraska Highway 12 that travels over the Niobrara River in the northern part of the state was completely washed away. Prior to the devastation, the state had been studying the future of Highway 12 that has a history of flooding, Schneweis said.

Now that the highway is no more, he said the state will look at perhaps making a significant investment in complete replacement.

"The detour up there is an hour long," Schneweis said. 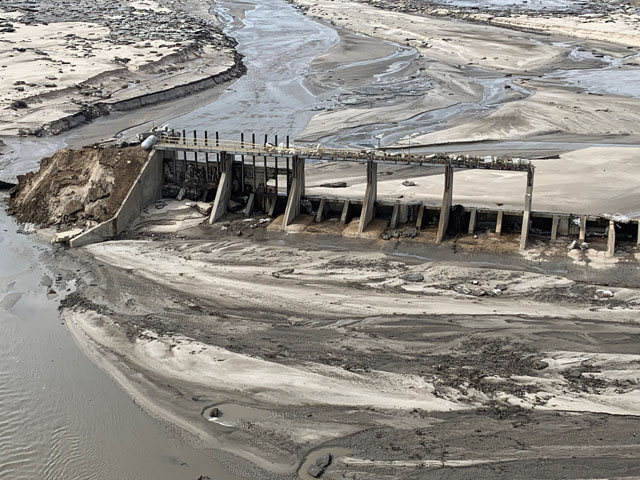