OMAHA (DTN) -- President Donald Trump signed the farm bill -- the Agriculture Improvement Act of 2018 -- into law on Thursday in a ceremony at the White House.

"We have to take care of our farmers and our ranchers, and we will take care of them," Trump said before signing the bill.

The bill-signing ceremony comes in the middle of a disruptive budget battle with Congress over funding for a border wall with Mexico that could lead to a government shutdown Friday at midnight.

With that ongoing political battle, the president took more time and placed more emphasis on remarks about the border wall and immigration. Trump said he would not sign a short-term funding bill.

"I've made my position very clear that any measure that funds the federal government must fund border security," the president said.

Trump signed the farm bill surrounded by lawmakers and a group of leaders from farm organizations. The president pointed to elements in the bill such as increased loan amounts for farmers and more programs and funding to expand rural broadband.

"It's amazing how sophisticated the whole farming industry has become," Trump said, highlighting the need for the technology.

The president also pointed to USDA's proposed rule to tighten job and training requirements for able-bodied adults without dependents, saying the farm bill gives USDA the authority to implement those rules even though those specific provisions did not make it into the new law.

"The goal is to move Americans from dependence to independence" and close work-requirement loopholes in the law, Trump said.

The president also briefly touched on trade. The farm bill boosts mandatory funding for trade programs by $470 million over 10 years. Trump then referred to China now beginning to buy commodities such as soybeans again.

The bill will run until the end of the 2023 fiscal year. The 10-year projected costs are $867.2 billion, and the bill increases spending by about $1.79 billion over that time compared to projected continued cost under the 2014 farm bill. Areas with the biggest boost in spending are conservation, research, horticulture and miscellaneous programs. Rural development programs, though, see a $2.5 billion reduction in spending over the next decade.

Price Loss Coverage reference prices for corn ($3.70 a bushel), soybeans ($8.40), wheat ($5.50) and other commodities remain the same as the 2014 farm bill, but the new law creates a five-year Olympic formula that would allow reference prices to move upward as much as 15%. Under the right conditions, that could bump up the corn PLC price to $4.26, while the soybean reference price would move to $9.66 and wheat would go to $6.33.

Those higher reference prices will be used in both PLC and the Agricultural Risk Coverage Program.

The Agricultural Risk Coverage program also has a trend-yield adjustment and a provision that allows USDA to divide some of the largest counties in the country into smaller units for county average yields.

Base acres that have been planted to grass from 2009-2017 crop years will no longer be eligible for ARC or PLC programs. Instead, the farm bill will allow landowners to enroll those acres into a special five-year Conservation Stewardship Program contract at $18 an acre.

The bill will allow nieces, nephews and cousins to qualify for commodity program payments and maintains the current individual payment limit remains at $125,000. The bill also keeps the adjusted gross income limit for farm program recipients at the $900,000 a year.

Along with moving some base acres into CSP, the farm bill removes the floor on annual CSP acreage enrollments. CSP instead would be limited to $1 billion in budget authority, while more funding is shifted to the Environmental Quality Incentives Program, the Agricultural Conservation Easement Program and the Regional Conservation Partnership Program.

In crop insurance, the bill makes some minor improvements in the products for forage and grazing insurance, but little else changes, following the mantra of farm groups that simply insisted Congress "do no harm" to insurance.

Following another battle late in the farm-bill process, the bill also includes an extensive overhaul of forestry provisions, including expedited environmental analysis for several forest management activities on federal lands.

For dairy farmers, the bill raises margin protection for dairy producers to $9.50 coverage for feed costs and offers more coverage options for producers with the first 5 million pounds of milk. Dairy farmers can also get 25% lower premiums by locking in coverage over a five-year period. Premiums also are reduced for large Tier II dairy operations.

The farm bill also boosts animal disease preparedness and prevention with mandatory funding for a national lab network and vaccine bank at $30 million a year, providing a permanent baseline for those programs. 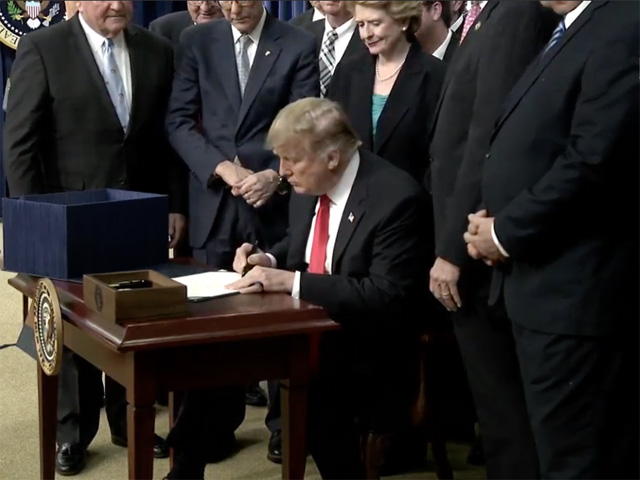