OMAHA (DTN) -- Attorneys general in 11 states have joined agriculture groups in asking a district court to block a law in California that requires labels on products that may contain the herbicide glyphosate, known as Proposition 65.

On Tuesday, attorneys general in Idaho, Indiana, Iowa, Kansas, Louisiana, Michigan, Missouri, North Dakota, Oklahoma, South Dakota and Wisconsin, filed an amicus brief in support of the injunction in the U.S. District Court for the Eastern District of California.

California's Prop 65 requires products that may contain glyphosate to include warning labels stating the chemical is known to cause cancer.

The vast body of science done on the chemical, however, has found no direct link between glyphosate and human cancers.

At the end of December, the U.S. Environmental Protection Agency announced in its draft risk assessment of glyphosate, that the herbicide is not likely to be carcinogenic to humans.

Though glyphosate was developed by Monsanto, it is off-patent and sold by many agriculture companies as one of the most widely used herbicides in the world. It came to market in 1974 under Monsanto's Roundup label for control of perennial and annual weeds in non-crop and industrial areas. Agricultural crops genetically engineered to withstand glyphosate have greatly expanded the use of the chemistry since 1996. Glyphosate is also used in forestry, urban, lawn, and garden applications.

That broad use has drawn world-wide attention to the herbicide and to its safety.

At the end of November, the European Union approved a five-year extension of glyphosate's use. Agriculture interests had wanted a 15-year extension.

Monsanto has been sued dozens of times by people claiming various cancers linked to glyphosate exposure. Nearly every one of those cases filed cite the IARC findings.

In their amicus brief, the 11 attorneys general argue California's "speech mandate intrudes on the equal right of sovereign states to craft their own public policy and inflicts significant damage on the people and economies of other states."

"Amici states have a substantial interest in this case, because California's speech mandate for glyphosate products is fundamentally at odds with the consumer-protection policies of other states. Most states have adopted legal provisions that prohibit businesses from branding their products with false or misleading statements. Yet California's regulation compels businesses to issue false and misleading statements about their own products.

"Even though no study has identified a definite link between glyphosate and cancer, the regulation at issue here requires businesses that sell products containing glyphosate to declare that glyphosate is 'known' to cause cancer.

"The mandate therefore presents conscientious business owners with a no-win proposition, and it interferes with the ability of other states to craft rational and consistent consumer-protection policies."

The attorneys general argue the California law creates an incentive for the state's businesses to "abandon glyphosate products altogether." As for states outside California, the attorneys general said businesses in those states "cannot predict the final destination of a product at the time of packaging" and often it is "not feasible to separate products destined for sale in California from products to be sold in other states."

The states argue California's law could lead to potential price shocks in food markets. Herbicides have "substantially increased crop yield since their introduction," the attorneys general said, "causing production costs to plummet and savings to consumers to mount. As of 2004, corn yields had more than tripled since the introduction of herbicides."

The case is scheduled for a hearing on Friday.

Gordon Stoner, president of the National Association of Wheat Growers, said the action by the attorneys general is important to farmers.

"We are pleased that attorneys general from across the country are standing up for agriculture and consumers by standing against this unconstitutional action by California," he said in a statement. 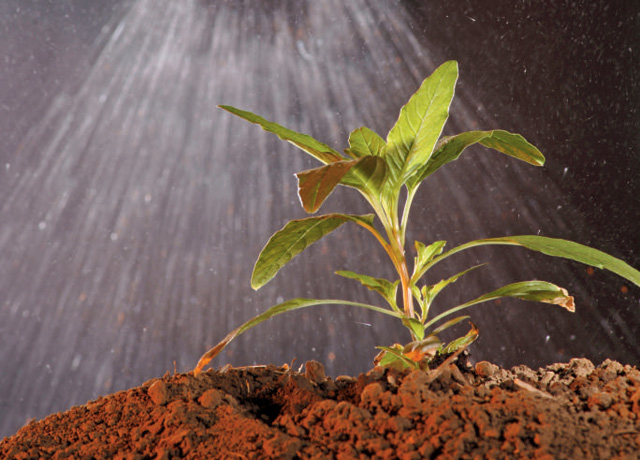