OMAHA (DTN) -- Just a few days into 2017 and a battle on the future of the Renewable Fuel Standard already is taking shape on a number of fronts.

Midwest senators in particular have expressed concern about the direction the U.S. Environmental Protection Agency will take on the RFS if President-elect Donald Trump's nominee to head the agency, Scott Pruitt, is confirmed by Congress.

Oil and gas interests will continue their push for reform or repeal of the RFS. Following a state of American energy speech Wednesday in Washington, American Petroleum Institute Chief Executive Officer Jack Gerard said API will continue to push for repeal or changes to the legislation.

Pruitt's confirmation hearing will be held in the Environment and Public Works Committee, although a hearing date has not yet been announced.

Also on Wednesday, Sen. Fischer met with Pruitt and offered a statement following that meeting. In a news release, Fischer said the meeting focused in general on how EPA's regulatory reach is harming rural communities.

"For the past eight years, federal overreach from the EPA has made life harder and more complicated for Nebraska families," Fischer said.

"My discussion with Mr. Pruitt this afternoon focused on how he intends to unroll these reams of federal red tape and put the agency back on the right track. Doing so will empower our communities and small businesses to grow and prosper. I look forward to continuing these important conversations throughout the confirmation process."

The American Petroleum Institute released a report on the state of the energy industry Wednesday. Not surprisingly, the group continues to say the current RFS is unworkable.

Trump has offered up a number of cabinet nominees with connections to the oil industry. That includes former Exxon Mobil Chief Executive Officer Rex Tillerson for secretary of state; Pruitt; former Texas governor Rick Perry to head the U.S. Department of Energy, who has been a vocal opponent of the RFS in the past decade; and billionaire energy investor Carl Icahn, another critic of the RFS, was appointed as a special advisor to Trump.

The API report reiterated much of the same policy stances the group has had for years.

"Renewable fuels have been mandated under federal law for over a decade, since the passage of the Renewable Fuel Standard, and current RFS policy is broken, outdated and ineffective," the API report stated.

"The RFS constrains free market forces, supports uneconomic activity and limits consumer choice. It is based on both supply and demand assumptions that have proven false over the past decade, and sets aspirational goals that have proven unachievable; the RFS must be repealed or significantly reformed ... When the RFS was first implemented about a decade ago, our nation's energy policy was focused on addressing long-term scarcity and increased energy dependence. America's 21st century energy renaissance has transformed our nation's energy trajectory to one of abundance and energy security, which undercuts the basic premise of the RFS."

Renewable Fuels Association President and Chief Executive Officer Bob Dinneen said in a statement to DTN the API's comments are nothing new.

"The American Petroleum Institute is making repeal or reform of the Renewable Fuel Standard a top priority for the oil trade group," Dinneen said.

"In other news, the sun sets in the west this evening. But seriously, API has long pushed for changes to the RFS. What's new here? Interestingly, API keeps coming up empty handed. Why is that? Because the American public sees right through the self-serving fact twisting and knows that API is just desperately trying to maintain its near-dominance at the pump ..."

He added, "If the RFS is repealed, we are once again left with oil as our only choice at the pump. On the campaign trail, Donald Trump spoke favorably about ethanol and the RFS, and as president, he knows there's no reason to reverse course. API knows it too."

Although the EPA finalized the 2016 RFS volumes on time in November, one oil industry group petitioned the agency Dec. 28 to waive the cellulosic ethanol volumes in the regulation.

American Fuel and Petrochemical Manufacturers asked current EPA Administrator Gina McCarthy in a letter, http://bit.ly/…, to grant a waiver because of a lack of available cellulosic gallons.

The RFS has been a key cog in the expansion of the corn ethanol industry, but going forward the law's main focus is set on expanding the commercial production of advanced biofuels.

The Clean Air Act requires the EPA to act on a petition within 90 days. The AFPM asked the agency to expedite its decision "because cellulosic biofuel waiver credits for 2016 must be purchased and RFS compliance must be assured on or before March 30, 2017." 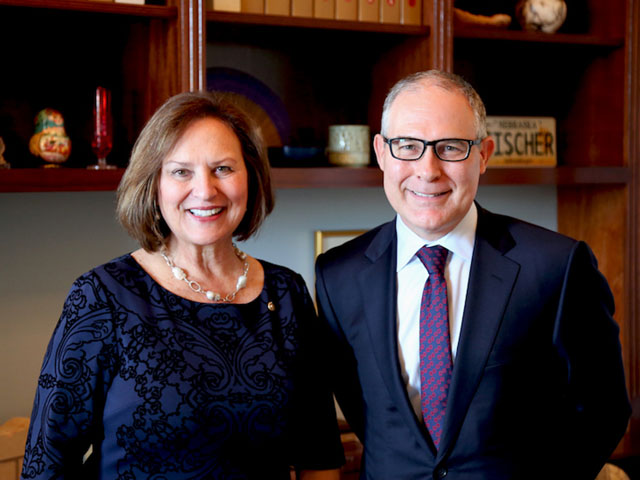