With an auctioneer's "What'll ya give me for this lot, boys?" and a ringman's "Yep! Yep! Yep!", the last of the great Missouri River stockyards faded into history. By the time the St. Joseph (Missouri) Stockyards sold its final feeder cattle in May 2021, it had endured floods, market fluctuations and industry upheavals for 134 years, and it had outlasted the other great Missouri River stockyards in Kansas City, Omaha and Sioux City. But, a changing industry finally killed it.

That base included Midwest packers, who by the turn of the 20th century, took business from eastern processing plants by building their own plants near the river stockyards. In the 1960s, new packers followed that business model and established plants near western Kansas feedlots and in rural areas. That move cut into river stockyard business and allowed packers to lower labor expenses by hiring nonunion workers. At about the same time, both the beef and pork industries were consolidating, with contract production (especially in the pork sector) eliminating the need for auctions: The animals' destination was predetermined before they were even born. It was just a matter of shipping them from farm to processing plant.

Reluctantly, Servaes agreed to sell the land and write an ending to the St. Joseph Stockyards story. "The history of the place is the part I'm struggling with. I knew it [the closure] would have happened eventually. But, it's hard to make that decision."

On the day of the last auction, Servaes, who describes himself as a humble man, became a blushing center of attention. One by one, longtime customers put a hand on his shoulder, looked him in the eye and told him they would miss him and his auction. They reminisced about the years they'd shared in that noisy auction barn and kidded each other about the future. Some of them had sat in the same seats week after week for decades, and Servaes made plans to salvage those seats and present them as souvenirs. "Turns out I don't really have customers any more," Servaes says. "But, I have a lot of friends."

One of the stockyard regulars was Bob Waddell, who started working there as a teenager in 1960 because the $1.77 hourly wage he could earn moving cattle and hogs was far more than he could make with his newspaper route. He loved his new workplace so much, he stayed for more than 50 years. "I guess I got manure between my toes," he laughs.

Servaes expects his friends and customers in northwest Missouri and northeast Kansas will find other country auctions to make their trades. "Osborn (Missouri) has a good little auction," Servaes says. "And, Clarinda (Iowa) was always a strong competitor for us." 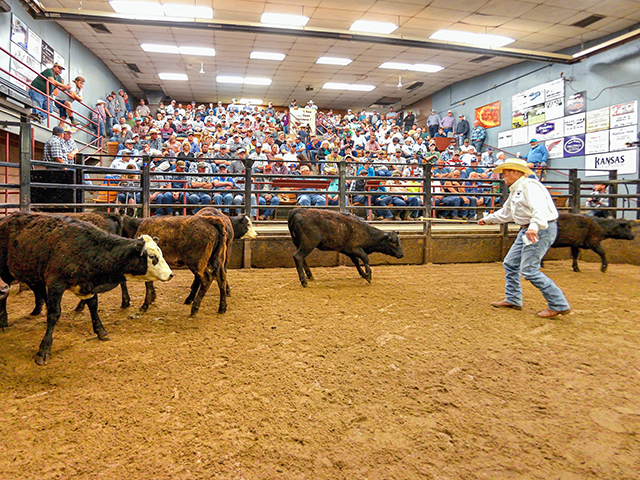