At this point in the season, the Pacific Ocean may have cooled in the eastern equatorial sector enough to reach weak La Niña values. La Niña is the term used to describe the occurrence of the Pacific eastern equatorial waters cooling to at least a half-degree Celsius (nine-tenths of a degree Fahrenheit) below normal. A cooling trend began in the eastern Pacific equatorial waters mid to late spring.

The evolution of this pattern will be interesting to follow. The National Oceanic Atmospheric Administration (NOAA) atmospheric research scientist Emily Becker noted in early summer that a Pacific move to La Niña would follow a period of neutral equatorial Pacific temperatures. "... we have not observed a La Niña developing following a neutral winter (like we just had) in our 1950 to present record," Becker said in a NOAA post on the climate.gov website. "Predicting the future based on past cases is very tricky, though, as even small differences can lead to very different outcomes."

One of the features with the trend toward even a weak La Niña is the prospect of drought continuing in the western half of the Great Plains and into the southwestern U.S. Drought formed during the late winter and spring in southern Colorado and western Kansas. It's not out of the question for the dry area to get larger and east through Kansas, and possibly into western Missouri by late summer. The Northern Plains comprise another area that is more at risk for drying out through the balance of this season as rainfall becomes more scattered in coverage and intensity.

A similar Pacific Ocean cooling trend to La Niña occurred in 2010 following a spring featuring overall fast-paced planting of row crops. U.S. crop weather turned drier and hotter during the last half of the season. Corn yields eventually showed a 7% decline from a then-national record of 164.7 bushels per acre in 2009 to 152.8 bushels per acre in 2010.

The Pacific Ocean cooled off notably at that time; in fact, a La Niña formed that featured the most intense conditions by some measurements in more than 50 years. That La Niña stayed with us for a long time, through the entire crop year of 2011 and even into the beginning of the very dry and hot year of 2012. Again, this feature does not appear to be that intense.

There is one feature that occurs in the fall season when La Niña forms that may be viewed as a favorable detail, and that has to do with harvest weather. Drier conditions in the fall season would likely be more favorable for harvest. Such a pattern would likely be welcome in many operations after a wet harvest in the past two seasons. There are many effects as the Pacific goes through its various phases, and the trend toward La Niña will continue garnering close attention. 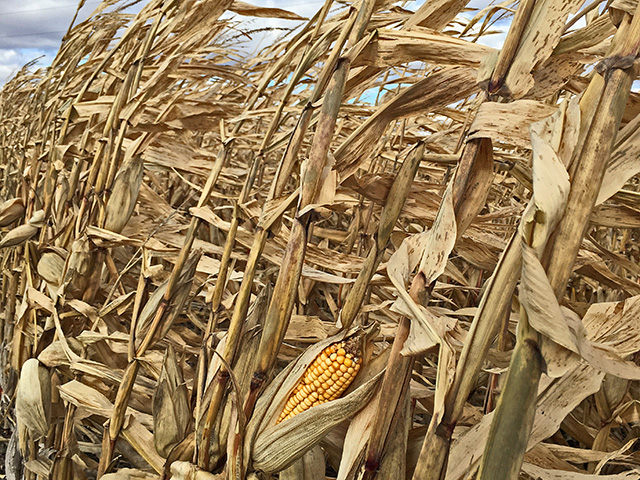