Come October, the number of cull cows traditionally climbs, but this year, indicators are already pointing to higher sales numbers.

The rule of thumb has long been that cull cows represent some 20% of the annual gross income for commercial cow-calf producers. Understanding how culls are graded is key to maximizing their value and getting the most this market has to offer.

Already this year, cull sellers have been rewarded with improved average prices. Comparing average prices in the boner class for the first week of September 2022 to year-earlier levels shows that even in Oklahoma where drought has been intense this year, prices have shown improvement. An average-weight boner, at 1,234 pounds, produced an average price of $86.13 per hundredweight (cwt). In 2021, when the state was not reporting drought conditions, average weight of a boner was about the same (1,247 pounds), but the average price was $66.88/cwt. These numbers are from the Oklahoma National Stockyards sales at Oklahoma City. Data for individual state sales markets can be found in USDA's AMS Livestock, Poultry & Grain Market News weekly reports.

As herd liquidation across many parts of the country continues, reports from the countryside indicate some operations in drought-hit areas have been forced to start culling their front-pasture females. Others have held onto females too long and are seeing values drop, as those cows now won't grade over the lean or light range.

Glenn Selk, retired Oklahoma State University's Extension animal scientist, has spoken often on USDA classifications for cull cows, with a goal of helping producers maximize returns on these income producers. His insights focus on the importance that producers understand how these cows are classified.

USDA has classifications for cull cows, and within each classification, there are sub-designations between high, average and low. There can be a significant difference in price range between these classes.

1. BREAKERS. These are the top-of-the-line culls that would likely grade around a 7 on body condition scoring. They are expected to yield carcasses in the range of 75% to 80% lean. Typically, these cows would have more than 0.35 inch of backfat at the 12th rib. These are typically the most valuable culls per hundredweight (cwt), most recently bringing about $7/cwt more than the next classification down, boners. In the Sept. 1, 2022, AMS market report out of the Oklahoma National Stockyards, an average-weight breaker of 1,495 pounds saw an average price of $93.67/cwt.

3. LEANS and LIGHTS. These are often grouped together, with the expected dressing percentage and live weights contributing to whether the animal is considered average or falls into the lightweight category. USDA says these cows are expected to yield carcasses of 85% and up lean. Typically, a cow in this group will have less than 0.15 inch of backfat at the 12th rib. Continuing the comparison out of the same report, an average lean with a weight of 1,136 pounds brought an average price of $78.09/cwt. The lowest price in the report was for culls classified as "very low, light weight." They weighed 893 pounds and brought $45.25/cwt.

Oklahoma's Selk has long encouraged producers to sell culls early while they are still in good body condition. If economically feasible, a short-term period of dry lot feeding to take them up in weight and/or grade could be justified.

PRICES TREND UP EVEN AS DROUGHT PUSHES LIQUIDATIONS

Oklahoma provides a snapshot of the continuing shift in beef cow sales numbers due to drought conditions. It is also a reflection of the fact that as numbers of available culls shrink, the market is recognizing and responding in a positive way.

This year, the National Drought Monitor showed over 47% of the state of Oklahoma in a D3 to D4 drought the beginning of September. By contrast, in 2021, virtually none of the state showed up in drought. Cull cow numbers for the same time period, year over year, show a large increase. In 2021, the first week of September, culls totaled fewer than 100 overall. Broken down there were 15 breakers, 17 boners and 42 leans/lights. In 2022, for the same week but a very different environmental picture, there were a total of 372 cull cows sold. This included five breakers, 162 boners and 205 leans/lights.

Oklahoma's Derrell Peel reported the last week of August that in his state, the auction volume of cull cows was up 108.1% over year-earlier numbers.

While every region is different, the overall trend of herd liquidation continues to be a national phenomenon. Many analysts have written they now expect to see the move continue into 2023. Some of the bolder ones even hint it may go into 2024.

The first half of 2022, the inventory of beef cows had declined 2% across the U.S. Moving into the fall, many producers will have a hard decision as to whether to keep or cull cows. With higher feed costs and continued inflationary pressures, the likelihood for many is that high cull prices will tip the scales in favor of more liquidation. 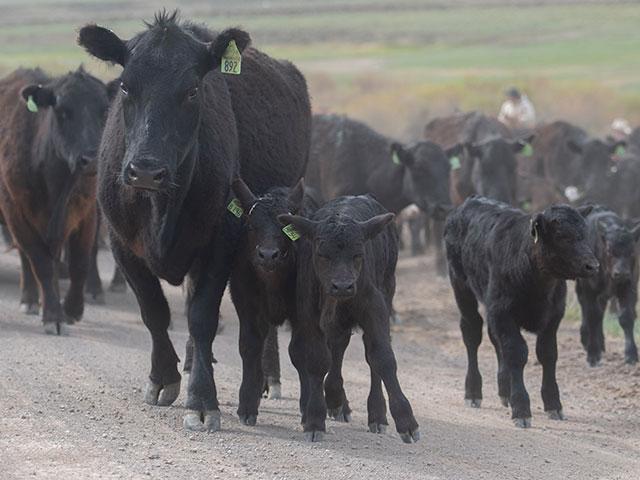