You can study the markets all you want, take in their every move, every swing, every high and low, but until you've weathered some storms and walked single-handedly with the market -- for a century or so -- you still risk getting beat.

One of the best ways to learn some of these lessons is to go to the market's seasoned veterans and become a sponge -- take in every phrase they mutter and observe their tricks of the trade. During the last couple years, I've had the privilege of becoming friends with a gentleman that most would consider one of the industry's finest experts, Ken Betschart. From working at a feedlot part-time through college as a water-tank cleaner, to later riding pens and checking cattle health, to eventually running and managing a 50,000-head feedlot on his own, Betschart has done it all, and his understanding of the industry is unparalleled. Betschart spent 18 years with Continental Cattle as its cattle foreman early on and eventually worked his way up to becoming its feedlot manager. He now serves as the marketing representative of western Nebraska, Colorado, South Dakota and Wyoming for Consolidated Beef Producers.

I've learned much from this man and am thankful that he's agreed to do a series of interviews with me where I ask him the questions that cattlemen yearn to have answered. Upon agreeing to this series, and trying to decide where we'd begin, we kicked around discussing the problematic nature of packer concentration, the potentially incurable cancer of captive supplies and so much more. So, in the weeks ahead, stay tuned, as I'm excited to work through some of these topics and many more with you.

To start the series off, we agreed to address a matter that's so simple, yet so often overlooked and underutilized -- and that's the power of purchase weight diversity. Small feedlots have been pushed to the brink of extinction here in the United States, as their inputs become more costly each year, their returns keep running shy of making a green profit/loss statement and getting a bid from packers is nearly an act of God. But what may be problematic about some of their strategy is that most small feedlots sit at a video sale or sale barn for a week or two at the max and look to buy the EXACT same weight of calves for the EXACT same price to fill their feedlot for the upcoming year.

You may scratch your head at this point and wonder what the heck is wrong with that approach, as it makes for simple figures and straight loads later down the road. But as Betschart skillfully stated, "The absolute best hedge is to have cattle ready 52 weeks out of the year."

Let that soak in for a minute. If someone told you that they had 52 opportunities throughout the year to make money, and they only used four to eight of those opportunities (four to eight weeks out of the year), wouldn't you wonder why? The same goes for feeding cattle. I understand not wanting to feed cattle through the hot summer, but why not spread out your chances of scoring on the market when it becomes lucrative over more than a month or two?

For example, feedlots across the U.S. have an infatuation with April, as everyone is gunning to have their fat cattle ready to market in the spring ahead of the summer lows. But in a year like 2020 when COVID-19 reared its nasty head, April ended up seeing the absolute worst prices of the year. For feedlots that only had cattle to market in a thin two-month span (March/April or April/May), the losses they endured financially were horrific. But as time marched on, feedlots who strategically positioned their marketing all throughout the year managed better monetarily, as they were able to spread out their risk.

The old market saying "You make your money the day you buy, not the day you sell" complemented Betschart's thought process as he said, "When buying feeders, it's important to not become tunnel-visioned and trap yourself into buying everything all in one day. Even if prices are favorable to your position, no one but time knows whether the market will go higher or lower in the weeks ahead, and in this market, it's all about managing your risk." From a man who bought and sold cattle for more than 30 years, this lesson is one that we all can take home and apply without needing to make colossal changes to our operations. 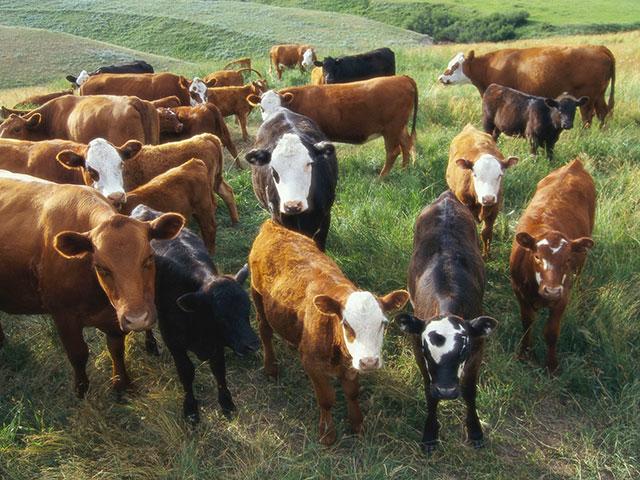