OMAHA (DTN) -- National farmworkers groups have asked a federal court to issue an injunction to stop the U.S. Labor Department from freezing wages under the H-2A agricultural guest-worker program.

In a Nov. 2 statement, U.S. Secretary of Agriculture Sonny Perdue touted the rule as a way for farmers to save costs. "Over the past several years, farm wages have increased at a higher pace than other industries, which is why this DOL rule could not come at a better time," he said.

The United Farm Workers and the UFW Foundation alleged in a lawsuit filed in a federal court in California on Monday, however, that the DOL rule will lead to substantial wage losses to ag workers.

"The two-year wage freeze will cause workers to be paid more than 4% less on average than they would under DOL's current regulations," said the lawsuit filed in the U.S. District Court for the District of Eastern California in Fresno.

"In certain states, like California, Oregon and Washington, those losses would be substantially greater."

The lawsuit alleges California farmworkers will be paid about $1 less per hour in the final rule compared to the current methodology, would lead to about $170 in lost wages per month.

"Indeed, DOL itself estimated that the methodological change would transfer more than $1.6 billion in wages from H-2A farmworkers to agricultural employers over the next 10 years," the lawsuit said, "with average losses to these foreign guest workers totaling $167.76 million per year."

The lawsuit alleges that the DOL's new regulation violates the federal Administrative Procedure Act in several ways, including by failing to comply with the H-2A prohibition against adverse effects to farmworkers' wages, arbitrarily and capriciously selecting mechanisms that bear no relation to the farm labor market, and failing to give the public notice and an opportunity for comment on the wage freeze.

The lawsuit asks for an injunction, preventing the DOL from implementing the rule, a vacating of the rule and declaring it is unlawful for violating the Administrative Procedure Act.

"Secretary (of Labor Eugene) Scalia's decision to freeze farmworkers' wage rates under the H-2A agricultural guest worker program for two years is an utterly arbitrary and unlawful act that inflicts grave harm to some of the most vulnerable workers in the nation," said Bruce Goldstein, president of Farmworker Justice and one of the attorneys in the lawsuit. 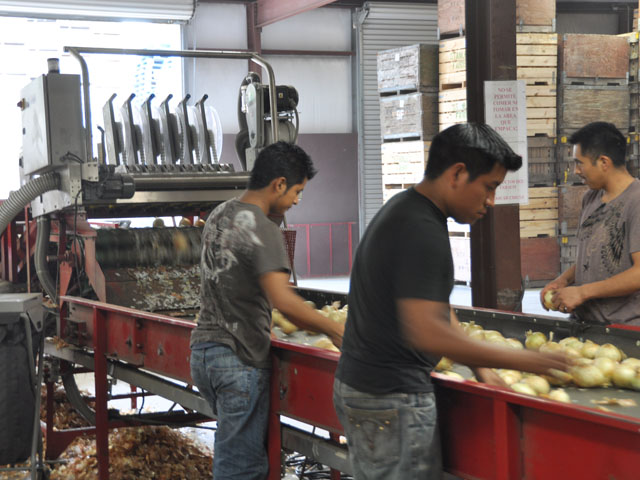