Several years ago, my elderly mother, never one to go gently into that good night of old school and low tech, informed me she needed to learn to use the computer. When I asked the stubborn octogenarian "why," she boldly (if belatedly) predicted that it probably represented the wave of the future.

Who could argue with that?

So against my better judgment, I ordered a new laptop, delivered it to her kitchen table the following Saturday, and immediately commenced a series of agonizing sessions that eventually became known in family lore as "the tutorial from hell." At the end of the day, Mom deserved a more patient and creative instructor, and I deserved a student with fully soldered memory chips, unbothered by mouse vertigo and missing my phone number on her speed dial.

After many, many hours of hair pulling and tongue biting on my part, this brave woman temporarily mastered the advanced science of email. She could "send," "reply" and even "forward" on a really good day. But here's the funny thing: Mom never quite believed in neither her ability to zip through cyberspace nor the actual technology that pretended to sponsor its happening.

That's why after sending each email, she would insist upon calling the intended recipient just to see if they "got it." In fact, I often thought even this backstop system left her in an anxious tizzy, a hand-wringing state of uncertainty that could only be resolved by getting in the car for physical confirmation.

But you can only police internet effectiveness for so long. Eventually Mom returned to family monitoring and worries closer to her traditional wheelhouse. Yet her short computer career left me with a valuable lesson about how long it sometimes takes for new technology to enter the realm of conventional wisdom.

I realize that the change-addicts of the millennial generation will find such a concept laughable. But history is full of necessary periods of transition, slowly building bridges connecting theoretical innovation with practical confidence. Take for example, the extended amount of time for beef processors to move toward quality grading efficiencies with the use of electronic cameras.

With increasing sophistication, electronic cameras have been developing in major plants for nearly the last decade. The technological dream in this regard has already revolved around the need for greater grading consistence, and speed, eventually eliminating (or at least minimizing) the subjectivity of the human eye.

While optical science has made great strides in recent years, a kerfuffle involving USDA graders and packers late last month reminded everyone that the spread between the best of technology and acceptable business remains substantial.

Last February, the USDA introduced the new generation of electronic cameras, a system referred to as the Gigabyte Ethernet or "Gig E." Over the last eight months, packers have gradually implemented the new camera in nine steer and heifer slaughter plants, representing approximately 50% of the fed slaughter market share.

While major companies within the industry (e.g., Tyson, Cargill, JBS) generally offered favorable reviews for the new system through the summer and early fall, private critics started to roar on Oct. 26 when government inspectors announced plans to revise the programming for the Gig E system.

The cameras are primarily used to determine marbling scores for quality grade and branded program certification. At some point this summer, flesh and blood graders monitoring Gig E decided that cameras were finding too much choice product and needed to be recalibrated accordingly.

The changes made by the USDA will now reportedly assign a lower marbling score to carcasses, potentially reducing the expected number of prime and choice-grading carcasses from earlier expectations. How much difference will the programming of new algorithms make in terms of late-year quality tonnage?

Initially, it depended on who you asked.

In the final days of October, when packers already had a great deal of choice/prime rib orders for the late-year holidays, you could hear a wide range of panicky guesses, all the way from no change to a 10-to-12-point drop in the percent of cattle grading choice. Over the last several weeks, the disruptive potential of the rejiggered camera has been generally minimized by both sides. Still, the uncertainty clearly needs to be kept under surveillance.

Yet here's the rub in this whole story; the irony that first got me thinking about Mom's e-mail suspicions. Not a single carcass in the land has ever been stamped based exclusively on the marbling data generated by a grading camera. Grading cameras are nothing more than tools to be used by the subjective judgment of hard-hatted men and women walking rails in the cooler.

One of these days, the grading process may be the exclusive domain of cameras, robots and drones. But we remain a long ways from such cold automation at this point. 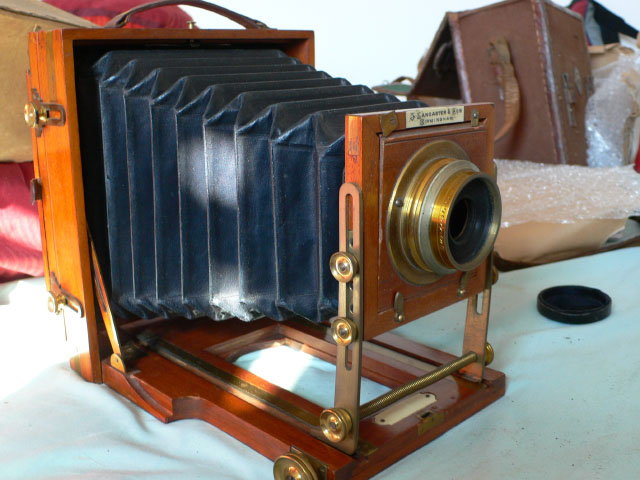