Gil Myers doesn't like to use the term "worms" when he talks about those common internal parasites that affect cattle. He says the word doesn't convey the true economic importance of the parasites.

"I refer to them as 'nematode parasites' of cattle," he says. "This makes it clear that we are talking about parasites similar to what producers are used to dealing with in corn and soybeans. Everyone understands how corn or soybean nematodes adversely affect production of those crops. It's the same with cattle. Nematode parasites can dramatically undermine profits."

Nematodes (also known as roundworms) and flatworms are the two most common families of internal parasites in pastured beef, and they do cost producers a great deal of money. A 2007 Iowa State University study documented a loss of $201 per cow/calf pair annually to the parasites.

Part of the reason that number gets so high is because internal parasites impact the whole herd. A dam with internal parasites, for example, will have reduced milk production. That will decrease average weaning weights on her calves. In addition, when parasite loads are heavy enough, they can reduce body condition; as a consequence, the cow will have a more difficult time cycling and rebreeding.

Myers, a veteran livestock parasitologist, operates a commercial cow/calf operation with his wife, Heidi, in LaRue County, Ky. He is also an independent consultant, heading up Myers Parasitology Services. His plan for keeping nematode parasite levels low is based, in large part, on a July deworming program.

Myers says seasonal worm control in cattle can be compared to controlling thistles—prevent thistles from going to seed, and you prevent future problems. Deworming calves in July prevents shedding of worm eggs. Myers says for every 50 calves not dewormed, 3 million or more eggs can be shed daily onto summer pastures.

"We are deworming the herd to benefit it in two ways," he explains. "One, we reduce pasture contamination. Two, if we deworm spring-born calves in early July, it is strategically timed to allow them to grow without the adverse effects of nematode infections."

Myers' approach to deworming utilizes free-choice minerals, a tactic he describes as "one of the best-kept secrets in the cattle industry. Essentially, we can manage the nematode population in the whole herd by letting cattle deworm themselves through the free-choice mineral."

This method relies on the use of free-choice minerals with Safe-Guard (fenbendazole). A 50-pound bag of one product will deworm 42,000 pounds of cattle. That pencils out to 28 cows weighing 1,200 pounds each, plus 25 calves that weigh 300 pounds each. Safe-Guard medicated mineral is designed to be consumed in three to six days, after which the producer returns to his chosen mineral program. Myers says there are multiple suppliers of the product, including Southern States, ADM Animal Nutrition, Vigortone and Hubbard Feeds. Treatment costs are $3.50 to $4 per 1,000 pounds of cattle.

While Myers emphasizes the summer program, he says there are many advantages to fall deworming, as well. It helps cattle maximize the benefits of winter hay and supplements, ensuring they come through the winter in better body condition and are ready to cycle and breed on schedule.

"This is also a good way to ensure that cows are not contaminating calving pastures with worm eggs," he says. "That means calves will have lower infection levels early in life and gain faster. One way to look at late-fall deworming is that it's the first step in worm control for the coming pasture season."

Prior to treatment, the calves, which ranged in age from 6 to 8 months, showed fecal egg counts (FECs) of 300 per gram. Calves treated with the fenbendazole drench showed 100% reduction in FECs. Calves dewormed with pour-on ivermectins showed less than an 80% reduction in FECs, with the brand name (Ivomec Pour-On) performing better (79% reduction) than the generic (73% reduction).

A year later, researchers repeated the study, adding injectable ivermectin. This time, with tests at the Center for Environmental Farming Systems, at Goldsboro, all treatments reduced FECs by more than 90%.

Myers says it's important that, regardless of the class of dewormer used, producers have fecal samples tested to keep track of the performance.

"Anthelmintic [dewormer] failure is an issue in cattle, and producers do need to pay attention to how well they are controlling nematode parasites," he adds. "Rotating product classes, and even using unrelated products together at the same time, are options. Parasite monitoring is key, as it allows producers to objectively evaluate and gain insight into their worm-control programs. Besides, most producers can spare some fresh manure from their herds for testing purposes."

For most cattle producers, worms in the herd mean one, or a combination, of the following: Ostertagia, Cooperia and Haemonchus. Jeremy Powell, veterinarian with the University of Arkansas at Fayetteville, says by far the worst of these three is Ostertagia—known most commonly as the medium or brown stomach worm. This worm can affect cattle of any age and has a life cycle that can make it more challenging to treat.

Powell shares some facts about this and the other common worms in today's beef herds:

Powell says these worms are unique in that they can go into a state of arrested development, living in the animal for a time before emerging and growing into an adult. During this time, the worm can cause damage to the intestinal lining.

The life cycle of these worms starts as adult females lay eggs in the stomach or intestine of the host. These eggs shed out of the animal in feces. Within a few weeks (the timing depends on temperature and humidity), the eggs hatch and can survive on pasture up to 14 months, even overwintering in some regions.

Livestock are infected by ingesting the larvae as they graze. Once ingested, the larvae grow in the stomach or intestine until they become adults, at which point they lay eggs and continue the cycle.

Infective larvae ingested in the early spring, especially in southern regions, can hold in a dormant state of arrested development for four or five months. Come late summer or early fall, they will begin to emerge in large numbers, often causing distress to cattle. Hosts can become anemic, develop edema and lose their appetites. Left untreated, this can be a life-threatening situation.

2. Cooperia. This is now the most common nematode parasite in the U.S. cattle industry, according to a recent USDA survey. Gain and performance can be limited in infected cattle. Adults are red, coiled and less than a half-inch in size. Symptoms of heavy infections can include diarrhea, anorexia and emaciation.

3. Haemonchus. Commonly known as "Barber's Pole Worm," the species seen in cattle is different from the one that infects sheep and goats. It is most common in the southern U.S. and can cause loss of blood. Haemonchus are one of the most damaging worms, as both adults and larvae feed on blood, damaging the stomach. Animals become anemic, develop edema, lose weight, suffer liver damage, dehydrate and have diarrhea. This can be life-threatening. Most often, Haemonchus are mixed with other worms, including Cooperia and Ostertagia.

Powell says treatment is similar regardless of which of these parasites a producer is dealing with. Three classes of dewormers are available: levamisole, fenbendazole and macrocyclic lactones. He says it's important for producers to work with their own veterinarians and/or parasitologists to be sure they are rotating chemical classes and treating for the correct parasite.

"Over the last several years, we have seen issues with resistance to some of the dewormers -- mainly the avermectins. In some studies, dewormers in this class are no longer as effective as they once were, especially when treating Cooperia. So it's important that we treat strategically in order to help keep the dewormers we have as effective as possible for the future." 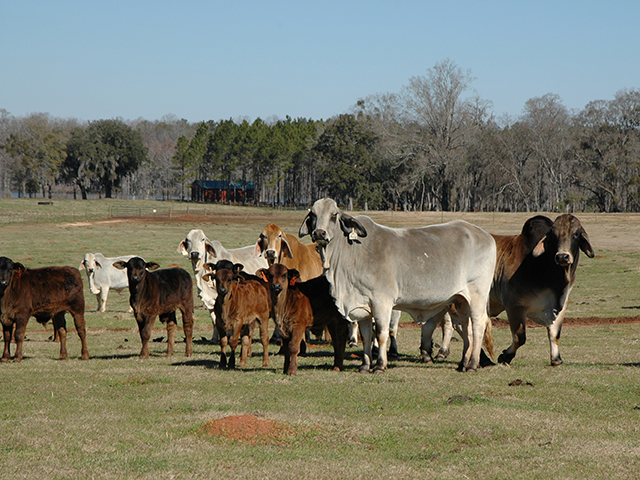