All of the stocker cattle arriving at Diamond A Ranch come with baggage. Some have been treated and handled with respect, others not so much. With one look, Jerry Armstrong can usually tell which camp arriving cattle fit into.

"When they come off of the truck, you can spot the ones that are having trouble," says the Dime Box, Texas, rancher. "Sometimes, if they're from a sale barn, they are just tired. But if they are bouncing around and won't eat or drink, or they just go lay down, that's usually a sign of stress."

Armstrong has had a lifetime of watching cattle. After spending 29 years in the registered cattle business and running an auction yard, he and wife, Julie, moved full time into the stocker business about 10 years ago. They wanted to make the most of the 3,500 acres they work and their know-how when it comes to cattle-handling.

Step one as the new loads arrive is looking for those that need medical treatment. Problems are to be expected, with calves that can range from just 350 pounds up to 700. On average, the weaned calves he buys are 500 to 600 pounds, but there are always outliers. Armstrong typically has a mix of Brahman, Charolais and Angus calves. Nearly all come from within 100 miles of the ranch.

Once calves are on the ranch, they will gain 200 pounds before they move on. In a year when conditions allow, Armstrong runs some 20,000 head through the operation. Some gain on grass, some on feed, depending on the time of year and pasture.

When cattle don't respond adequately to treatments, Armstrong says it's often because their immune systems have been compromised.

"Whether it's something we caused, the weather or some type of event that happened before the cattle ever got here, stress can keep cattle from responding to antibiotics or vaccines," he explains. "It interferes with their immune response."

Stress is something Armstrong thinks about a lot. He's built a career around the idea that low stress is key to a good cattle business. He first learned about low-stress cattle-handling through a Bud Williams seminar he attended 20 years ago. He got his Beef Quality Assurance (BQA) certification soon after it was first offered in Texas. That was some 30 years ago. He's even had his whole crew, 10 people, take the BQA certification course from Ron Gill, a Texas AgriLife Extension livestock specialist and BQA coordinator.

"The best thing about having the whole crew go through training is it focuses you in on the results of what we're doing," he says. "BQA represents a mindset. You either have it or you don't. Everyone working for me understands the importance of BQA, and they do the best they can. I've had some who didn't, and they didn't work for me long."

For Armstrong, cattle-handling encompasses a lot more than just moving cattle from point to point. It's trying to make them as comfortable as possible in the process. That can mean quieting them down when they first arrive on the place or making it easy for them to start to eat and drink as soon as they unload.

"I haven't taken the time to go in and look at a certain set of cattle and tell you it cost me $10 more in medicine to treat these cattle because they were nervous, but you know it's costing you," he says. "We're pulling cattle every day and treating them, and watching their performance. If that animal becomes more relaxed quicker and goes to eat faster, it's not going to have as much trouble."

The stocker has a protocol for vaccinating, deworming and putting fly tags on the calves he brings in. He uses a five-way modified live vaccine to avoid respiratory problems and a pinkeye vaccine. Flies, he says, are an issue nine or 10 months out of the year in this area. On calves that need it, he will tip horns and castrate.

Most of the work here is done on horseback. Both Armstrong and his crew check the cattle every day using horses because the cattle prefer it that way. He says it's important to give cattle time to respond. After 10 years running the auction barn in Caldwell, he says the thing he sees most often are handlers not giving animals a chance to move without becoming impatient.

"Everybody wants to work on their time and not the animal's time," he says. "Cattle need to have somewhere to go. You're just trying to teach them that you're not really a predator. You're going to allow them an escape. It's a matter of putting on pressure and taking it off. And taking it off is probably more important than putting it on."

DO THE JOB RIGHT

Ultimately, Armstrong's goal is to send out a healthy load of cattle and says if sometimes he has to spend a little more to do the job right, he's OK with that. He sees it as part of his responsibility to the cattle industry's next generation.

"If you send an animal down the road, and you know it has problems, pretty soon, it's going to come back to you," he says. "You can't consciously pass on something you know is a problem. We've all got that responsibility. And that's what BQA is about."

BQA for Stockers and Backgrounders:

The Beef Quality Assurance (BQA) program is a nationally coordinated, state-implemented way to ensure everyone handling cattle is focused on what is best for the animal, as well as the end product. While training and assessments are extremely detailed, the basic code of cattle care calls for the following:

-- Provide necessary feed, water and care to protect the health and well-being of animals.

-- Provide facilities that allow safe, humane and efficient movement and/or restraint of cattle.

-- Humanely euthanize terminally sick or injured livestock, and dispose of them properly.

-- Provide personnel with training and experience to properly handle and care for cattle.

-- Make timely observations of cattle to ensure basic needs are being met.

-- Keep updated on advancements and changes in the industry to make decisions based upon sound production practices and consideration for animal well-being.

Training takes place locally and online. Contact a state BQA coordinator for information on the next meeting near you. To find a list of coordinators, visit www.bqa.org/statebqa.aspx. An overview of the program is available at www.bqa.org. 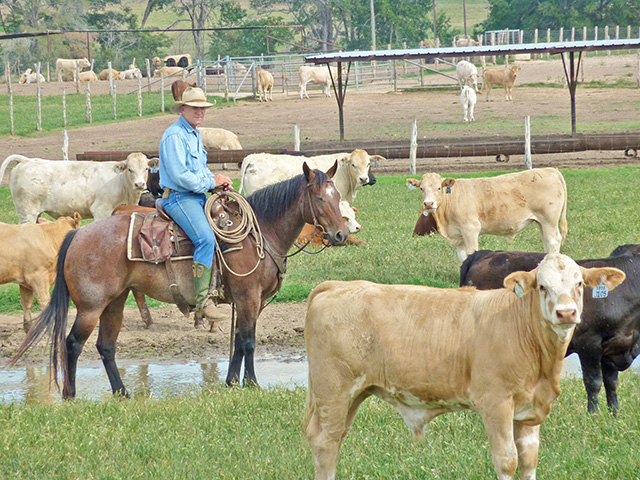