The turn to winter traditionally has us thinking back over the year that was. Here in the DTN/Progressive Farmer newsroom, we're also prone to look back on the accomplishments, the challenges, and the things that didn't turn out as planned. In that vein, we again asked our reporters and editors to look back at some of their favorite stories from 2022. The pieces range from hard-hitting investigative journalism, to heart-tugging stories of loss, to the fun discoveries that can be found on farmsteads and small towns. We hope you enjoy our writers' favorites, with today's story by Joel Reichenberger.

STEAMBOAT SPRINGS, Colorado (DTN) -- I needed Andrew Nelson to be the real deal.

I travel a lot for DTN and Progressive Farmer magazine, reporting on and photographing farmers across the country. In that, I get the thumbs up from management to travel to a lot of interesting places and meet a lot of fascinating farmers. I love learning about the different problems they have and the creative ways they solve them.

Despite being one of the world's best places to grow wheat, however, nothing had taken me yet to Eastern Washington, where Nelson farms. But after seeing him speak several times, it became clear to me I needed to find a way out there. I first saw him talk at the InfoAg conference in St. Louis. On a day of lectures mostly focused on small test plots and thick research papers, Nelson stood out as someone who was actively building and using some of the technology others were theorizing about.

I've been lucky enough to usually get a green light to travel for a good story, but still, this one was on me. I'd promised he was worth the trip, and I couldn't help but feel a little nervous as I made my way south into relentlessly rolling Palouse after a cheap Southwest flight into Spokane, Washington. I'd vouched for the story, but I'm not always right on those things. Sometimes you show up on a farm and things were perhaps a little exaggerated, or you got carried away yourself.

Nelson was tentatively scheduled to be the cover story for our February 2022 issue of Progressive Farmer, which was to be themed from front to back on emerging technologies.

It didn't take long upon arriving at Nelson's farm to realize I had not been wrong.

There are many farmers out there that dabble in some new technology. Nelson seems to dabble in all of it. He's a tinkerer of the greatest magnitude. That's true of many in the agriculture industry, but where many keep pliers on the belt and use baling wire and duct tape to solve their problems, Nelson's never far from a laptop and is as likely to use a Raspberry Pi for his fixes.

Nelson's that kind of problem solver. When an app won't do what he wants, he'll write his own, or work with the developers to add the capabilities he wants.

He finds a techy solution in almost everything, even down to wildlife intruding into his fields. Your grandfather might have put out a scarecrow. Nelson's been working with companies to develop a camera station and AI that will detect an elk herd, then launch a drone to drive them away. (This definitely falls under the "different problems they have and creative ways to solve them" area mentioned above.)

Nelson has amassed a fleet of scouting, spraying and, apparently, scaring drones that might make the air forces of some developing countries envious, and he keeps a sharp eye on his ROI as he does it all.

Farmers across the country are collecting more and more data only to have so much of it sit, or have it used in a way that doesn't help make in-season decisions. Farmers like Nelson seem determined to find uses for that information, however.

Some of what Nelson's using may become standard across the industry in the next decade. A lot of farmers are playing with aerial drones, but to many I talk to it's still closer to "interesting toy" than "promising tool." Nelson's definitely down the path to the latter.

Some of what he's working on, meanwhile, may never make it far beyond the borders of his farm. What's the worldwide demand for an elk-chasing aerial drone, really? His latest project, I learned in a recent conversation, is building a private cell phone network to compensate for extremely spotty coverage provided by the major carriers.

But even in some of the more specific projects he tackles is a great story of the American farmer, both of today's and yesterday's generations: resourceful and creative in the face of unique problems. That's a story I'll always be happy to make a trip to tell. 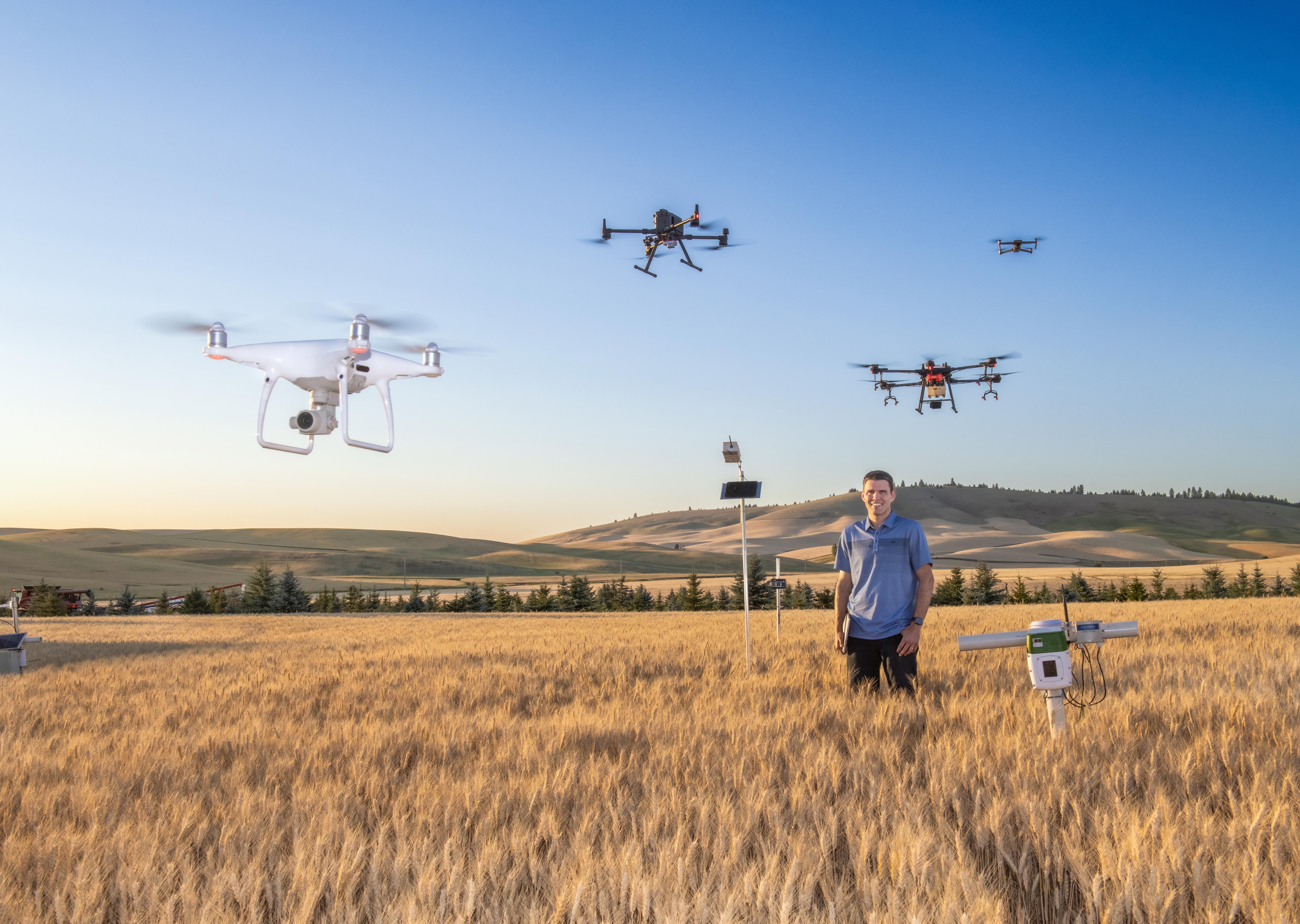