John Deere and its new $250 million technology acquisition, Bear Flag Robotics, said Friday that its autonomous driving technologies, already working on machines in California, will initially be offered as a retrofit product for existing tractors.

"A retrofit product allows us to tap into a large install, and that's one of the big value drivers here is meeting customers where they're at," said Dan Liebfried, director of automation and autonomy, Intelligent Solutions Group, John Deere. "We want to meet them where they're at in order to give them this opportunity to experience autonomy in a meaningful way."

Deere's need for technology is vast. "The space is rapidly evolving, and while (John Deere) has tons of capability in the precision technology and precision ag space, the reality is we need more, and we need a lot more ultimately," Liebfried said.

Autonomous operations will help farmers solve the problem of labor shortages, said Aubrey Donnellan, co-founder and chief operating officer of Bear Flag Robotics. "The growing demand for food production, with decreasing resources and increased pressure to do more with less in shorter periods of time is really what inspired us, that lit the fire for us to go solve in some way the problems we were hearing over and over and over again," she said.

Bear Flag technologies are really a solver of logistics challenges. "If you're in the middle of harvest and the logistics associated with that, and you need to get primary tillage done, and you don't ... it has a significant impact on yield for the crop for the next year," Liebfried explains. "Things like autonomous technology and what we're doing with Bear Flag Robotics will help to solve those challenges."

The challenges of automation are large. It is not just moving a machine from point to point. Automating a job means engineers must understand every motion needed to complete a task, but also just as importantly understand the failures that can occur in these environments.

"We build autonomous technology for farm tractors," Donnellan said. Bear Flag Robotics, based in the East Bay of San Francisco Bay, does not build tractors. "We focus on the autonomous technology stack -- it's the sensors, the actuators, the computers, and the software that goes on top of the machine, that gives (the tractor) situational awareness, the ability to navigate rugged environments to perform a job effectively, and hopefully, do better than a human can do in the cab."

LiDAR, or light detection and ranging, is a remote-sensing method that measures distances of objects on the earth's surface. Terrestrial LiDAR systems are installed on moving vehicles or tripods to collect data points. In the video, the most prominent piece of technology hardware shown is a cross-member metal structure fitted to the roof of a Deere tractor.

Deere said its purchase of Bear Flag is part of its strategy focused on smart production systems. "We've talked quite openly about our strategy of automation and autonomy. And we believe that we got significant momentum and we're continuing to make significant investments in the automation space," Liebfried said.

Bear Flag has been working with customers in California of various sizes -- from operator-owned to large publicly owned businesses. The technology has been operating in orchards, tree nut orchards, leafy produce and tomatoes.

"We were spraying autonomously," Donnellan said. "We ultimately found a very good niche in tillage. And that's really what we've been focusing on for the last few years. We've upgraded our machine sizes to accommodate doing this for growers at a larger scale. (But) tillage is just the start. We plan to move across all production steps. And, frankly, machine types and machine forms as well."

Liebfried believes tractor "forms," or design, will shift over time. "We're going to see machine form changes over time, as the technology is adopted, (as it) fits into the operation more appropriately, and everybody gets comfortable with it," he said. "But jumping all the way from here to there, I think is quite a leap. Again, I don't know the timing of when that'll happen. But, definitely, I see machine form changes as a possibility over the course of the next five to 10 to 15 years."

"When you look at the longer term, the technology like this enables, you really can start to think about alternative machine forms, alternative fuel for these machines -- electrification," Donnellan explained. "How we might put sustainability into maybe lots of smaller machines?"

For more information about Bear Flag Robotics, go to: www.BearFlagRobotics.com. 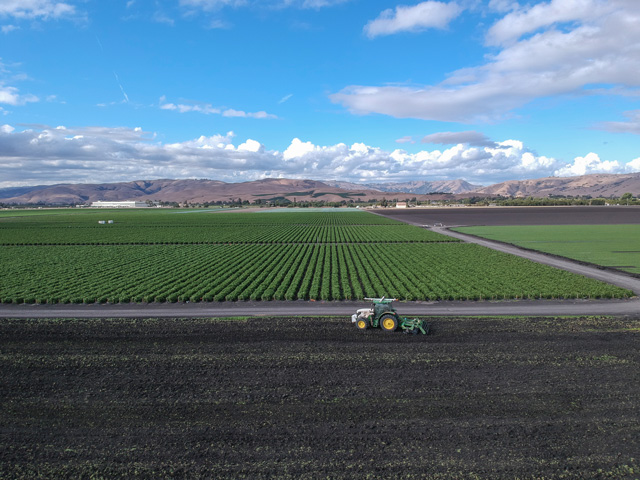