But the technologies examined in the report have added little to farming's overall profitability, the article concluded.

He wrote that guidance systems have had the highest rates of adaptation among farmers through 2013. It was a system used in the production of about half the planted acreages for corn, spring wheat, soybeans, rice and peanuts in 2013. His research shows rapid adaptation for some crops. For example, less than 10% of corn and soybeans were planted with guidance systems in 2001 and 2002.

On the other hand, the adaptation of GPS soil mapping and variable rate technologies lagged behind during the study period. GPS soil mapping technologies were used on fewer than 25% of peanuts, rice, soybeans and corn acres in 2012 or 2013. Similarly, variable rate technology (VRT) was used in the production of about one-fifth of the planted acres of corn, peanuts, soybeans and rice by 2013.

It's not surprising that farmers adapt these technologies for potential profit, but also for the management capabilities they bring to the farm. Guidance systems help reduce fatigue and save money by more precisely managing spraying and seeding operation, Schimmelpfennig wrote.

Mapping systems are not always functionally easy to use. They can provide the operator with data on yield and soil conditions. But Schimmelpfennig wonders about usefulness from year to year. "Yield monitors may ... store data so operators can compare yields over the years. However, year-to-year yield data are often difficult to interpret, even with a map. Yield maps may only provide feedback from previous harvests after the fact, and factors such as weather and changes in field operations can affect yields."

Soil maps produce some "actionable" data, Schimmelpfennig wrote. These would include data on soil type, pH, nitrate levels, and the like. But collecting soil samples can be costly. "The number of samples needed to accurately identify the boundaries of a zone on a soil map also lowers ease of use. This has contributed to soil mapping's relatively lower adoption rate ... " he wrote.

VRT technology allows farmers to customize their applications of seeds, fertilizer, chemicals and pesticides. "However, installing and maintaining equipment with VRT capabilities comes at a relatively high cost," Schimmelpfennig noted. "VRT requires specialized machinery with automated controls for input flow rates that must be integrated into sprayer or seeding equipment generally tailored to a specific crop."

But VRT has great potential for adoption among farmers if the technology's ease-of-use and "inter-equipment functionality" issues are resolved. "By fine tuning production practices, VRT may return greater profits and help farmers overcome challenging growing situations, such as highly variable pH levels in soil. Larger farms also appear to use VRT more often because it is more cost effective when applied to a greater number of crop acres," Schimmelpfennig wrote.

If you have a minute, let me know your thoughts on these technologies -- which do you use, what's the result on your farm, any shortcomings, and plans for the future? You can contact me at dan.miller@dtn.com. 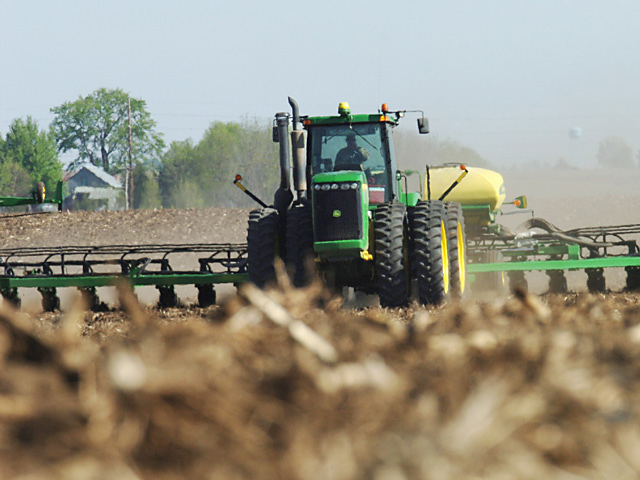