Here is a breakdown of wholesale prices and trends of various fertilizers.

Global ammonia prices weakened in May as the market continued to suffer from oversupply. Emerging spot interest from Turkey and China has not influenced prices.

In the West, the Tampa price for June fell another $17, down to $220 per metric ton (mt) cost and freight (CFR), the lowest price since the summer of 2017. The full effect of new production finally seems to be taking its toll on the market, coupled with a poor U.S. direct application season as DAP prices plummeted.

The East has seen a slightly different situation emerge. Demand was not overwhelming, but it seems Malaysian producers have been able to increase FOB (free on board -- the buyer pays for transportation of the goods) levels to satisfy some spot requirements from Yara and Trammo for Australia and India, respectively, with the latest sale to Trammo at $265 FOB.

Yuzhnyy, Ukraine, prices are still weak despite continued contract shipments and a strong Turkish market; FOB levels are $210 to $215, compared to $235 to $240 in late April.

The global ammonia price level is starting to hurt some production spots but, so far, no major cutbacks are seen. We may therefore see another fall before some decide enough is enough and reduce output.

Domestic ammonia prices are starting to fall as sellers compete for buyers ahead of lower prices for summer fill. Wet fields and delayed planting continue to dampen ammonia demand. Potentially lower-planted acres for corn does not bode well for sidedress demand.

Corn Belt FOB values are at $400 to $530 per ton (t) FOB with the high in Illinois and the low in Nebraska, compared to $500 to $545 for the same region in April. Farmers are expected to take prevented planting payments on millions of prospective corn acres this year. This will reduce ammonia demand accordingly and likely lead to higher carryover, especially in the central and Eastern Corn Belt.

Ex-plant prices (the price at the factory, not including any other charges, such as delivery or subsequent taxes) in Oklahoma are unchanged from last month at $350 to $395/t. There is a little sidedress demand emerging in Kansas.

There is some talk about summer fill, but no programs have been announced yet. Details are expected to be announced sometime in June. Lower prices are a certainty, with thought that certain areas of the Corn Belt could see near a $200 reset.

The domestic price outlook is soft. A strong reset is expected for summer fill.

The urea market continued stable to firm in May with a strong buy from India supporting levels early in the month and traders taking positions and pushing prices again higher late in the month ahead of the next tender from India.

India purchased 741,500 t urea, almost double the 400,000 t that many in the market had expected. Prices came in at roughly $280 to $286 per mt CFR India, up $25 to $30 from the April tender. India is expected to return again in mid-June, likely for July-through-early-August shipment. Some in the market expect the importer could be looking to book 1 million mt.

There was some caution in May as Chinese exporters became active again. However, by the end of the month, Chinese sellers also joined the bulls with domestic producers achieving higher prices up to $280 FOB.

On the negative side, the U.S. could be looking at reduced demand owing to lost corn acres and U.S.-sanctioned Iranian product continuing to move into Brazil at lower prices, stifling importers' appetite there for higher-priced tons from non-sanctioned countries. However, the weakness in the U.S. is likely to be contained to the domestic market, though some contract shipments could be diverted to other markets if barge prices get too weak. One potential home could be Brazil, where demand is expected to be bolstered by the recent increase in corn prices.

The short-term price outlook is stable to firm with the India tender expected to support the market.

Firmness in the international markets supported barge prices at certain times of the month, but this was outweighed by domestic demand concerns stemming from expected planted acreage losses. Closures on the river system reduced barge demand as many potential buyers are not able to receive the product anyway. There is talk of re-exports, but this seems difficult given the general disorder on the river system and the fact that most barges are positioned upriver.

Interior prices are dropping in many markets despite continued river closures limiting the availability of imported product. Many dealers are now getting clearer indications from farmers on how many corn acres will be lost to prevented planting. There has been some activity in the central Plains this past week as farmers here have had success planting and post-plant applications are ramping up. Producers are competing for this business, slashing June prices, with Port Neal, Iowa, down to $330 t ex-plant (The price at the factory, not including any other charges, such as delivery or subsequent taxes.) and Enid, Oklahoma, as low as $315, down $120 and $65, respectively from the highs in early May.

The outlook for domestic urea prices is mostly weak as demand is likely to suffer from reduced corn acres. Interior prices have room to move down as logistic issues clear up, but this may take a while to fully normalize. The NOLA market is soft-to-stable as some sellers appear long in the short term, but a firm international market and solid CF exports will likely support prices in the medium term.

Domestic UAN prices were generally firm in May but the strength mostly disappeared by the end of the month.

NOLA barge prices edged slightly higher to $165 to $170 t FOB, compared to $160 to $170 last month, but this market was quiet as focus shifted to the terminal level.

CF increased its river terminal prices at St. Louis, Mt. Vernon, and Cincinnati early in May by $35, bringing its prices to $230 per t FOB. There is some nervous selling taking place below CF due to corn acreage loss concerns. On the other hand, with new-crop corn prices rallying, farmers find incentive to apply nitrogen on the acres that do get planted. UAN is also proving to be a better nitrogen option for many buyers in the Western Corn Belt, as it is relatively cheaper compared to urea and is also more readily available in the region.

It is a little early to start talking about UAN summer fill expectations, but it is thought that the program will be announced later than usual this year because of the delayed season, which may mean it comes out after the Southwest Conference taking place in Nashville July 21-25.

The domestic price outlook for UAN is stable to weak. Seasonally increasing end-user demand should be supportive, but this could easily be outweighed depending on how many corn acres are lost.

The global phosphate market was weaker again in May with price reductions on both sides of the globe.

Chinese producers are either at or nearing their own floor in terms of cost and, unless we see a reduction in raw material prices or any further depreciation in the renminbi, some may look to cutback if the price falls much further. A cutback of some 800,000 t DAP was discussed in April, but this was a non-binding agreement and therefore has not been rigorously adhered to by the producers. Some have, however, been taking planned maintenance. This could ease the near-term pressure but does not represent a formal curtailment and does not allow for any significant relief to the burgeoning global export availability from mid-June onwards.

Prices remain weak in the west. Mosaic Fertilizantes announced that it has resumed mining activities at its Catalao mine in the state of Goias. Two other mines remain idled while the company works to bring its mine tailings dams into compliance with new Brazilian regulation. In its Q1 results, Mosaic noted that depending upon the timing of the mines' return to full operation, its plans to ship up to 300,000 incremental metric tons of finished phosphates from its Florida production facilities to Brazilian customers. This follows the company's announced cutback in March of around 300,000 t phosphate fertilizer. Despite the reduced production, prices in the NOLA barge market remain the weakest in the world and Brazilian MAP CFR prices have declined to $365, compared to $390 to $395 in late April.

In the absence of additional production cutbacks, phosphate prices appear set for further decline in the short term.

There are reports of substantial quantities of all products on the river unable to reach their destination in time for the season, suggesting volumes in the summer-fill program could be reduced. On the upside, reports of higher crop prices lend support to farm level demand next season. However, on the other side, the higher prices stem from lower-planted acreage, in turn suggesting lower resupply demand for fertilizers at retail level.

Mosaic announced its summer-fill program on June 5, with prices of $330/t FOB NOLA for DAP and MAP. Mosaic has stated that the latest corn price rally to a five-year high, combined with the anticipation of a big fall, should lend support to this program.

Throughout May, other producers and importers were concluding summer-fill business at $305 to $315 t NOLA equivalent. While product available at the low end of the range has dried up there is still reported to be availability from traders for summer fill at $310 to $320 FOB NOLA equivalent.

Importers are hesitant to book further cargoes. For one, the price is no longer attractive, and the river system remains a mess. That said, there are two cargoes from Morocco scheduled to arrive in June and unconfirmed reports of a third.

River terminal prices are softening as sellers compete for end-of-season sales. DAP is generally around $350 to $360/t FOB on open sections of the river, down from $360 to $375 in late April. Some markets maintain a premium due to river closures, but these are starting to fade.

The outlook for phosphate prices is steady in the short term, but further imports pose a risk to this stability.

Domestic potash prices are under pressure as sellers compete for end-of-season sales and before summer-fill prices are announced. It is becoming abundantly clear that the $10 to $15 increase posted by Canadian producers in early Q1 has not been fully accepted by the market. It seems the poor fall, late spring, and for the most part weak crop prices have combined to limit demand enough to cap domestic potash prices at the earlier price. Now it is beginning to look quite likely that significant corn acres will be switched to soybeans or just not be planted, which, if realized, will likely lead to high spring carryover.

River terminal prices are around $300 to $305 per t FOB on most sections of the river system. A slight premium remains in markets that have been closed off to barges, but it is fading. Barge prices have fallen to $260 to $268/t FOB, compared to $265 to $272 in late April.

North American producers are expected to announce summer-fill programs in June. A decrease in prices is fully expected but the extent of the decline is somewhat uncertain. Most speculate producers will decrease prices by $10 to $30 from current values.

The domestic price outlook for potash is soft in the short term. 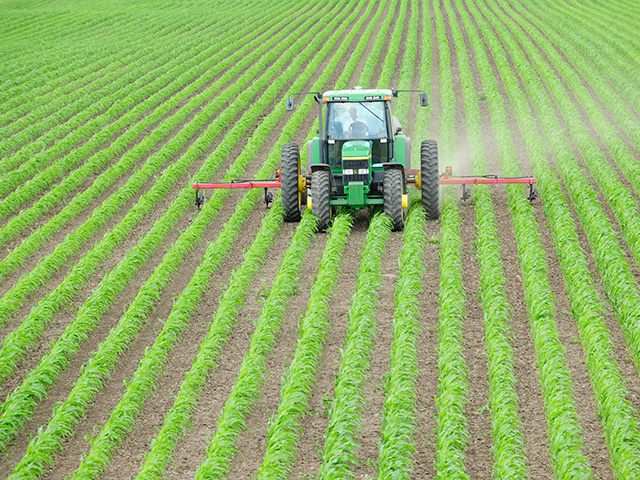