Editor's Note: In sharing his memories of covering the aftermath of the attack on Sept. 11, 2001, below, DTN Staff Reporter Russ Quinn makes note that many of us will always recall where we were and what we were doing when we learned of the attacks or saw the first images of the burning World Trade Center towers in Manhattan. What pops into your mind as you recall that moment? You can share your thoughts and memories on our Facebook page at https://www.facebook.com/….

We only ask that you be brief, and respectful, but we look forward to seeing and sharing what was happening in the farm community on that fateful day.

For another remembrance, this one much closer to the center of the terrorist attack, check out Editor Emeritus Urban Lehner's blog, "An Urban's Rural View" here: https://www.dtnpf.com/….

I always thought my generation's equivalent moment might be the space shuttle Challenger exploding and falling out of the sky in 1986. Then 9/11 happened, and I quickly realized this was the moment people in my age group would recall vividly for all their lives.

On Sept. 11, 2001, I was a 27-year-old single guy in his fourth year working at DTN. For the last three years, I had worked in the newsroom and was slowly learning the ag news business.

That Tuesday morning, we didn't have the little television on in the newsroom, which was a fairly common practice. Someone had read a plane had hit the World Trade Center in New York, and so we quickly turned on the TV, which was just about the time the second plane hit the other tower.

When you are watching such horrible events unfolding right before your eyes, it is kind of hard to process what exactly is going on. Is this real life? Who would do this?

At the time, DTN was owned by an investment firm based in New York City, and some of their people were in Omaha that particular day.

People somberly came in and out of our room most of that day, as we must have had the only TV there, but one man stood there the most, watching the events unfold. I found out he was part of the investment firm, he lived in New York City and he knew several people who worked in and around the towers.

Having that personal connection right there standing in our room made it even more real than it already was. It made a sad day even sadder.

One of my first true reporting jobs happened the next day on Sept. 12. I had already planned to go to Husker Harvest Days in Grand Island, Nebraska, and my original task was to see what was new and on display at the show.

After 9/11, my new assignment was to ask show attendees about their feelings regarding the terrorist attacks. Maybe I was young and naive, but I didn't think much about the gravity of the situation until I started driving out to Grand Island.

All along U.S. Highway 30, every little town I drove through had many American flags on full display. Central City looked like it was the Fourth of July with all the flags up along the highway.

I got to the show grounds, and immediately you could sense the melancholy in the air. A fun day trip to the farm show for everyone in attendance was being completely overshadowed by the events of the prior day, and for good reason.

I talked to several farmers at the show that day, and most had the same response we all generally had after such a horrible incident -- shock, anger, sadness, etc. Farmers are pretty straightforward folks, and they tell you exactly what is on their minds.

And they did that day. Some were sad, but I remember most were angry, extremely angry.

I was OK until I talked to a retired farmer and his wife from Columbus, Nebraska. I asked the farmer the same questions I had asked the others, but for some reason, his response hit me like a ton of bricks.

He said something to the effect of, "Can you imagine being in those buildings when they fell down?" And then I looked up from the notepad, and the tears were welling up in his eyes.

His elderly wife was already crying, and I could feel the tears building up in me as well. No one said anything for a couple of moments as we all three tried, not very successfully, to compose ourselves.

I ruined the silence by thanking them for taking the time to talk to me, and that was the end of the conversation. They continued down the pathway one way, and I went the opposite.

I never told anyone this, but at that point, I wondered to myself if I was going to be able to do this job.

How do I write about something so horrendous? I wanted to write about the new farm equipment being released, but instead, now I was writing about people's reactions to thousands of American deaths.

This was not what I signed up for. Was it too late for me to go back to the farm?

It helped that I had a long two-hour drive back home from the show that evening to calm me down some. The next day, somehow, I gathered my notes together and wrote an article about the mood at Husker Harvest Day the day after 9/11.

The articles I have written in the 20 years since then have been much easier to write than that first one.

However, every 9/11 for the last 20 years, I think back to those solemn days and particularly the elderly farmer and his wife. 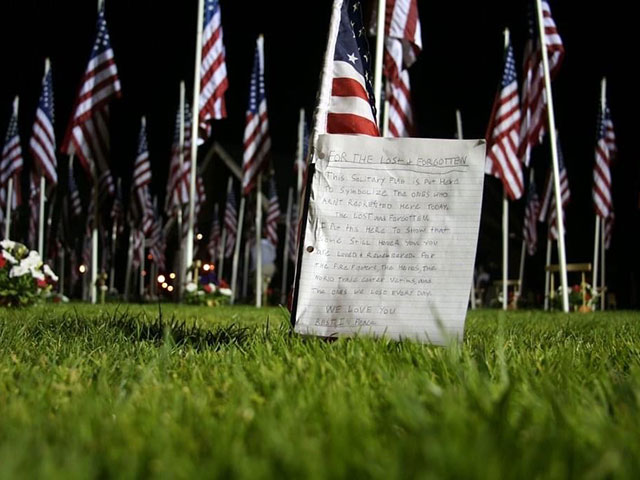