LINCOLN, Neb. (DTN) -- While the U.S. ethanol industry was lockstep enthusiastic about EPA's first foray into setting multi-year Renewable Fuel Standard volumes in a proposal made public on Thursday, folks in the biodiesel industry had quite the opposite reaction.

In short, EPA is calling for overall biofuels growth by about 2 billion gallons from 2023 to 2025, including modest growth even in corn-based ethanol.

On the advanced biofuels side, which includes biodiesel, EPA proposed modest increases in volumes although the industry already has shown its ability to produce volumes above and beyond what the agency sets in the RFS.

Another point to consider, a number of companies in the past year or two announced plans to expand soybean-crushing capabilities to make room for expanded demand for oil to feed exploding renewable diesel demand.

It raises an important question: What do lackluster biodiesel volumes in Thursday's RFS proposal mean for that expansion?

"This announcement, including proposed Renewable Volume Obligations for 2023, 2024 and 2025, is deeply disappointing for the biofuels industry and threatens the integrity of the RFS by significantly dialing back annual increases in volume obligations," the ASA said in a news release.

"However, this latest decision by EPA does not seem to support that intention and could leave farmers and biofuels industry partners who have invested in the government's goal in the lurch," ASA stated.

"This draft rule slams the brakes on progress being made in biofuels investment and growth," Doyle said.

"Instead of continuing to support available, low-emission plant-based fuel sources, EPA has changed course and seemingly is ignoring the major investments in and consumer demand for biomass-based diesel and other biofuels that exists right now."

What may be most baffling is why EPA settled on biodiesel volumes below what the industry can produce and already is producing.

According to Clean Fuels Alliance America, EPA's own data show the U.S. market reached 3.1 billion gallons of biomass-based diesel in 2021 and already 2.9 billion gallons through October 2022, with two months left in the year.

Sen. Charles Grassley, R-Iowa, said while EPA's proposal brings certainty to ethanol, the biodiesel side of the equation needs something more robust.

"While the EPA announcement brings some consistency and certainty to blend levels for gasoline, it fails to take advantage of a growing supply of advanced biofuels that are used to move freight," he said in a statement.

Michael McAdams, president of the Advanced Biofuels Association, said in a statement the EPA is missing an opportunity with the current proposal.

"The EPA's 2023, 2024 and 2025 renewable volume obligations are a missed opportunity to invest in and expand the adoption of low-carbon advanced biofuels," he said.

"While the EPA's proposal provides much needed certainty for our industry, we are disappointed that the program has undervalued the advanced and biomass-based diesel pool." 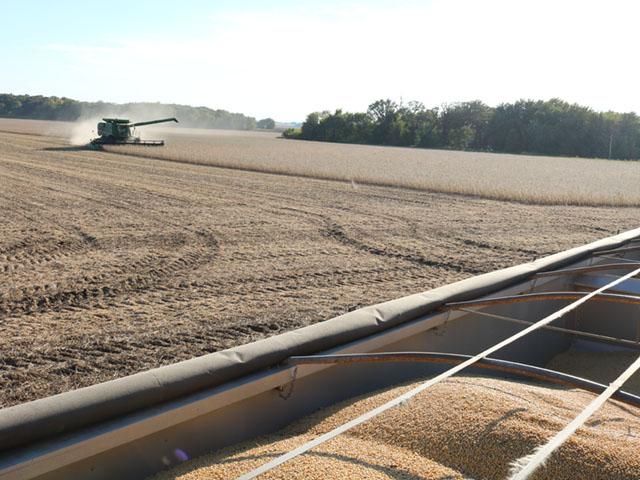