Nelson filed a crop insurance claim that his Holt County soybean fields produced just 25,165 bushels and he received an indemnity check for $700,092. He also submitted a claim on his 2015 corn crop.

Nelson, 48, said during a University of Nebraska-Lincoln crop insurance webinar last week that he's unsure how he ended up staying out of jail.

"I've seen that as one of your questions and I honestly don't know because we weren't in those discussions with anybody," he said.

In May 2016, the Risk Management Agency discovered Nelson's nine undisclosed storage bins containing 83,949 bushels of corn beyond his certified production worksheet for his corn, as well as 26,165 bushels of soybeans beyond what Nelson reported for his soybean crop.

Investigators found Nelson sold crops to Cargill facilities in O'Neill, Nebraska, under his father's name to hide further production of his corn and soybean crops. Nelson's father had no share of the crop production in Nebraska and did not own or lease any farm ground in Holt County, according to court documents.

Because Nelson tried to amend his crop insurance claims, he was allowed to pass go instead of going directly to prison when it was all said and done.

"The only comment that the judge made was he recognized the fact that we did try to make it right, even though we didn't really do it the right way," Nelson said.

Beyond the lessons learned about doing things the right way, Nelson said he saw firsthand how important it is for farmers to be as truthful as possible when filing crop insurance claims.

In 2015, Nelson planted about 1,400 acres of corn and soybeans but made most of his money operating a custom-feeding business.

The crop appeared to be doing well throughout the growing season, he said. But that all changed come harvest time.

"We knew it wasn't great but it looked decent," Nelson said, "but when we went to harvest, it wasn't what we needed or hoped for. So, when it came time to report bushels, I misrepresented the production on that farm and they (insurance company) got me."

Nelson's claim was flagged for an audit because of its size.

He attempted to amend the claim with the actual production and tried to pay the insurance company the difference in the amount between what the farm was owed and the final payment.

"Did not know at that time that had we just paid the entire amount maybe things could have been different," Nelson said.

After the discovery of the storage bins and sold crops, Nelson revised his soybean production to 86,059 bushels, but the investigation revealed Nelson had sold 88,483 bushels of soybeans either in his name or his father's name from the 2015 crop year.

After Nelson tried to correct his course, he said his attorneys and federal officials started talks behind the scenes about the possibility of avoiding prison.

"Those people all I can say is they were good to us," he said about the USDA and RMA investigators.

"I mean, all the way from the lawyer to probation officer to the judge, to the prosecutor, to the RMA to the USDA. But at any point I'm sure if they would have objected to any of this it would have all went away."

"It was just a long, long stressful process for everybody including my wife," he said.

When he realized what he had done and the trouble he faced, Nelson said it was difficult because although he needed help in finding a way out it wasn't easy to find.

"But it's probably tougher on my wife because I had her to talk to you and she didn't have anybody to talk to. But also on the legal side, we're very fortunate we found good people all the way along."

At the same time, Nelson said he was continuing to run his custom feed business while the future was in the hands of lawyers and government officials.

"I tried to stay out of it but you know, as far as any negotiations back and forth, I had no idea what was the best alternative or outcome," he said.

"So, I left that kind of up to them and we had times where we went through a mediation process and USDA people were very, very good to deal with. They tried I think very hard to try to make it work."

Nelson said he went years before hearing anything from RMA and others about where things were headed -- would there be a prosecution or could he make a deal to stay out of jail?

More than two years of silence followed the initial mediation.

Because federal officials apparently were ready to seek jail time, Nelson hired a new attorney and decided to plead guilty.

According to the plea agreement, investigators said there were similar issues on Nelson's farm regarding production claims from the 2012 to 2014 crop years. With the plea agreement, the federal government agreed not to offer evidence concerning those years at sentencing.

"It's pretty eye-opening when you know that's (jail) on the table," he said.

Along the way, Nelson said there were a lot of people in the community willing to help him out of a bind.

"A lot of people wouldn't have been fortunate as we were as far as there were good bankers, good people surrounding us," he said.

"Bankers allowed me to do what I needed to do to position myself in order to pay him back. We had a lot of people who wouldn't let us do that. This puts a lot of strain on your marriage. I'm very fortunate to be married to who I am."

Nelson said he believes there are other farmers out there who have committed insurance fraud, which made him feel comfortable in fudging the numbers.

"I suppose that's maybe how you can justify it in your head is well it doesn't matter. I shouldn't have done it because it wasn't right," Nelson said. 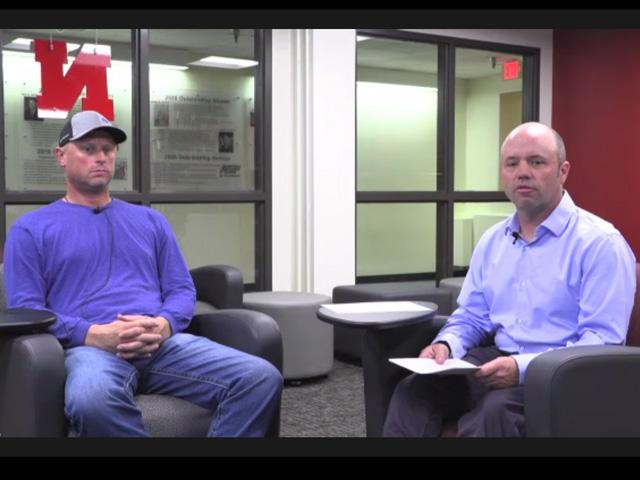