WASHINGTON (DTN) -- Agricultural groups were relieved on Thursday after fears of a potential national rail strike were dialed back with the announcement of a tentative deal between the major railroads and unions.

A strike would have gridlocked commodity supply chains at the beginning of harvest.

Agricultural groups this past week had increasingly called on Congress to prepare to step in to block a potential strike that would have gridlocked commodity supply chains at the beginning of harvest.

Mike Seyfert, president and CEO of the National Grain and Feed Association, pointed out that railroads move about 25% of all grain. Seyfert credited federal officials, including Agriculture Secretary Tom Vilsack "for understanding the threat to the food and ag supply chain and making sure it was represented in these discussions," Seyfert said.

Seyfert and others had raised concerns about the possible risks to harvest and grain movements if a deal was not reached before Friday.

"This would be devastating for the food and ag commodities, as well as the broader economy," Seyfert told DTN on Wednesday.

Daren Coppock, president and CEP of the Agricultural Retailers Association, said farm retailers were already feeling the impact of a potential strike as railroads started to cancel shipments of fertilizer products such as anhydrous ammonia and affecting domestic fertilizer production earlier this week.

"We hope the unions will quickly ratify the agreement so this cloud of uncertainty can be cleared away," Coppock said.

The National Association of Wheat Growers (NAWG) and U.S. Wheat Associates (USW) in a press release also applauded the tentative agreement and encouraged the agreement to be swiftly ratified.

"NAWG commends all parties involved in the negotiation process for reaching a tentative agreement that averts a rail shutdown," stated NAWG CEO Chandler Goule. "The pandemic forced the rail laborers into tough situations as essential workers, and we appreciate their willingness to come to an agreement. We also appreciate the railroads understanding the severity of the situation and taking steps to improve their services. Finally, we thank the Administration for its critical roles in mediating negotiations, encouraging agreement and understanding the critical nature of a well-functioning rail system to the agricultural economy and supply chain."

"Our country's reputation as the world's most reliable wheat supplier depends heavily on functioning rail transportation and that won't change in the future," said USW President Vince Peterson. "So we welcome this tentative agreement and hope both sides continue to work together to serve shippers like the U.S. wheat industry."

The White House released a statement early Thursday from President Biden after the labor deal was brokered by Labor Secretary Marty Walsh, who had tweeted that a deal was reached after roughly 20 hours of talks.

Biden called the tentative deal a win for rail workers, the railroads and the overall U.S. economy.

"The tentative agreement reached tonight is an important win for our economy and the American people," Biden said. "It is a win for tens of thousands of rail workers who worked tirelessly through the pandemic to ensure that America's families and communities got deliveries of what have kept us going during these difficult years."

Averting a strike avoids the risk of an immediate spike in food, fuel and other prices as inflation is already a major challenge economically.

Specific details on the agreement were not released. The talks involved 12 unions representing more than 100,000 engineers, conductors, mechanics and other railroad workers. The three largest unions involving resenting almost 60% of the rail workers, had pushed to the end for a better deal with the National Carriers Conference Committee (NCCC), which is made up of the country's largest railroad companies.

"These rail workers will get better pay, improved working conditions, and peace of mind around their health care costs: all hard-earned," Biden said. "The agreement is also a victory for railway companies who will be able to retain and recruit more workers for an industry that will continue to be part of the backbone of the American economy for decades to come."

After canceling some long-distance routes on Wednesday, Amtrak officials were scrambling early Thursday to re-establish those passenger lines as well.

At this point, Seyfert said told DTN there are going to be some immediate supply chain issues just based on how much the railroads have already dialed back services.

"Even without a strike, Friday is going to be a pretty slow day so there are going to be some disruptions in the system," Seyfert said.

"Nearly 70% of our ethanol production is moved by rail with more than 400,000 carloads shipped annually, so in order to deliver low-cost, low-carbon fuel to American drivers, timely and efficient rail service is essential," Skor said. 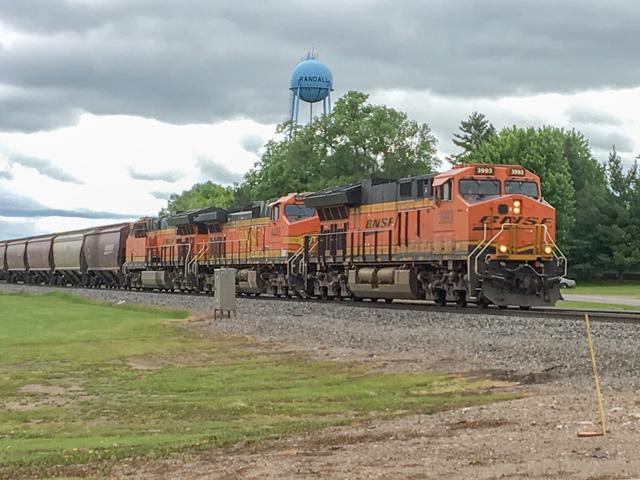