OMAHA (DTN) -- Looking to respond to the growing economic crisis facing the country from the COVID-19 pandemic, a bipartisan group of lawmakers in Congress on Tuesday announced a proposed coronavirus aid package costing $908 billion overall, including $26 billion for nutrition and agriculture.

The proposal is less than half the cost of an aid package proposed by the White House before the election and roughly one-third of the cost of plans backed by House Speaker Nancy Pelosi, D-Calif. The package, though, is considered a short-term plan as President-elect Joe Biden announced his economic team on Tuesday and hinted his team would propose a larger economic stimulus package once in office.

"Right now, the full Congress should come together and pass a robust package of relief that addresses these urgent needs," Biden said at a transition event Tuesday focusing on the economic challenges of the pandemic. "But any package passed in the lame duck session is likely to be -- at best -- just the start."

Sen. Joe Manchin, D-W.Va., said, "It's inexcusable for us to leave town and not have an agreement," when he and other Senate and House members announced their aid plan.

Sen. Mitt Romney, R-Utah, said the aid package would repurpose $560 billion from last spring's aid passed by Congress. That would lower the level of new spending down to $348 billion.

"COVID has created a crisis, and in a crisis the people expect Congress to act," Romney said. He added, "We've got people unemployed. We've got businesses shutting down, we've got states and localities getting ready for layoffs of a large number of people. It's simply unacceptable for us not to respond to help in this circumstance."

Senate Finance Committee Chairman Chuck Grassley, R-Iowa, back from his own recovery from COVID-19, told reporters Tuesday that Congress is working on an aid package, but the costs had to be lower than earlier proposals for any package to clear the Senate.

"We're going to attempt to get one," Grassley said. "And if we can get one that everybody agrees on to certain parts, there's no reason we can't get one together because there's so much Republicans and Democrats agree on, and probably something the president would sign."

The senator said some lawmakers are still holding out for a larger package -- more than $2 trillion -- which Grassley said "is unreasonable" and includes provisions that do not have bipartisan agreement.

Grassley said he could support several areas included in the framework. He said funding for K-12 schools is "essential because of their additional costs," and the bill provides $82 billion for education. The bill also provides $288 billion for small businesses such as an extension of the Paycheck Protection Program. The bill also includes $180 billion for additional unemployment payments as well as $45 billion for the airline industry. More aid is added for hospitals and COVID-19 testing as well.

The bill also includes $10 billion each for the Postal Service, child care and broadband expansion.

Without an aid package from Congress, unemployment benefits for more than 10 million people will run out on Dec. 26. On Dec. 31, the moratorium on evictions will also expire unless it is extended by Congress, and some emergency forbearance programs for federal loans such as student loans will end.

Still, the bill was labeled a "non-starter" by the conservative Heritage Foundation, which criticized the aid to state and local governments, as well as the funding for unemployment benefits.

On agricultural aid, Grassley indicated direct aid for farmers could be less than the $20 billion initially in the U.S. Senate bill earlier this fall. The senator said agricultural aid would need to be tied to nutrition aid to garner the bipartisan support needed.

"I can't say for sure if what I'm going to say about agriculture has a broad bipartisan support that other items I know do have that bipartisan support," Grassley said. He later clarified on agricultural aid, "If it's connected to supplementing the food stamp program like we did in March, that we wouldn't have any trouble getting it."

Congress also must reach some type of agreement on funding for federal agencies before the end of Dec. 11 when the current short-term spending agreement expires.

Farmers have collected $21.6 billion in aid under the Coronavirus Food Assistance Program (CFAP 1 and CFAP 2). The CFAP 2 has paid out $11.1 billion to 703,849 farmers as of Monday afternoon. Farmers who grow corn, cattle, "sales commodities," soybeans and dairy are the largest recipients under the program. USDA issued a notice Tuesday reminding farmers and ranchers that Dec. 11, 2020, is the deadline to apply for CFAP 2 aid through the Farm Service Agency.

USDA also has spent $4.1 billion on the Farmers to Families Food Box Program, which USDA states has invoiced more than 123.4 million food-aid boxes to be distributed to food banks and institutions around the country.

Former Federal Reserve Chairwoman Janet Yellen, announced as Biden's pick for treasury secretary, said Tuesday the pandemic and economic fallout have affected small businesses that are shutting down, and families are "struggling to put food on the table and pay bills and rent." Yellen said urgency was needed to avoid a longer-lasting downturn. But Yellen also said structural changes are needed in the U.S. to address inequality, stagnant wages, as well as racial and gender disparities.

"It is a convergence of tragedies that is not only economically unsustainable, but one that betrays our commitment to giving every American an equal chance to get ahead," Yellen said. 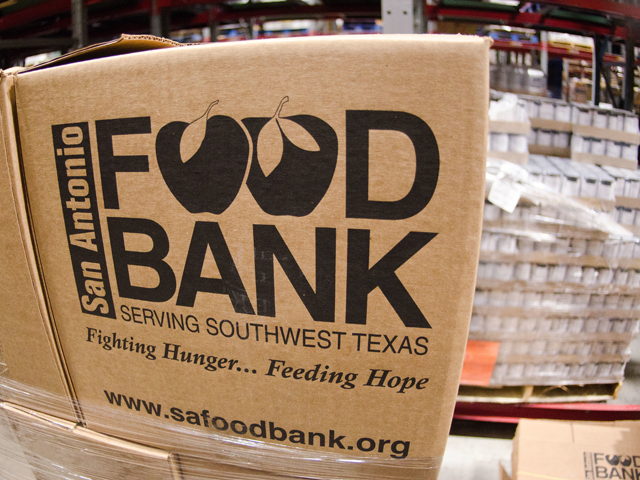