The past few weeks have seen headline after headline noting how the ongoing La Nina in the Pacific Ocean has contributed to drought loss in crop production and snarled river transportation in the U.S. But on the other side of the Pacific, the story is far different. In eastern Australia, the trade wind pattern which keeps the central U.S. dry brings in wave after wave of ocean moisture. The result is what is being called the worst flooding in portions of eastern Australia on record.

An article by the London-based New Scientist environmental reporting service notes that "Eastern Australia is experiencing major flooding for the fifth time in 19 months due to record-breaking wet weather that is predicted to stretch into next year." Sydney, Australia -- the largest city in the entire country and the capital of New South Wales state -- has logged more than 94 inches of rain in 2022. That total is almost 8 feet or 2.4 meters.

Damage to crops from this flooding is extensive. Rainfall of up to 6-plus inches in the past two weeks covered almost all the farming regions in eastern Australia from Victoria north through New South Wales and Queensland. Estimates of loss to the 2022 wheat crop are unknown, but some downgrade from a projected harvest of 33 million metric tons (USDA October WASDE) is expected. Besides wheat, other crops including pulse crops are facing reduced totals from the heavy rain. Flooding is also reportedly disrupting local grain movement and may bring feed shortages to livestock operations. Besides the sheer flood loss, quality loss and disease damage to crops are likely due to soggy conditions.

In addition to La Nina, two other factors have contributed to the surge of precipitation in 2022. An atmospheric feature known as the Indian Ocean dipole has been in a sustained positive phase during much of the year. The positive Indian Ocean dipole supports more rainfall in Australia, which adds to the La Nina impact. And in the long term, a generally wetter trend raises the bar already to influence the prospects for heavy rainfall.

Flooding has not affected all the wheat in Australia. Across the country, Western Australia has a favorable outlook for its wheat harvest. And, despite the projected flooding loss, even a total Australia wheat crop of more than 30 million metric tons is still a large harvest. But world supplies are the smallest they have been in years, and even regional production loss stands to get noticed in the world wheat market.

La Nina is projected to weaken through the end of 2022 and come to an end during the first half of 2023. However, with conditions so wet already in eastern Australia, even small amounts of rain beyond that point could still cause more flooding because the ground is so saturated that it has limited capacity to soak up any more water. 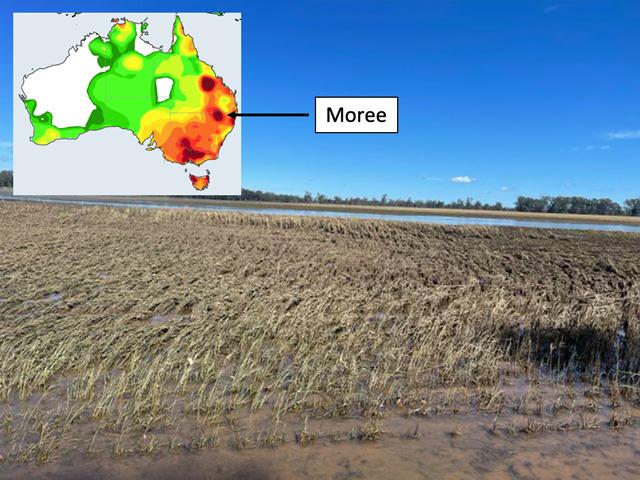