Posted 10:41 -- At midmorning Tuesday, crop prices are holding higher, but the U.S. dollar has gained back much of its loss and the stock market has given up most of its earlier gains. December corn is up 5 1/4 cents and November soybeans are up 10 1/2 cents with December soybean meal a little lower and December bean oil a little higher. December KC wheat is up 24 cents, still facing a mostly dry forecast in the southwestern U.S. Plains at planting time. December Minneapolis wheat is up 17 1/2 cents. The U.S. Dollar Index is down 0.08 and Dow Jones futures are up 35 points. November crude oil is up $1.84, almost erasing Monday's loss. 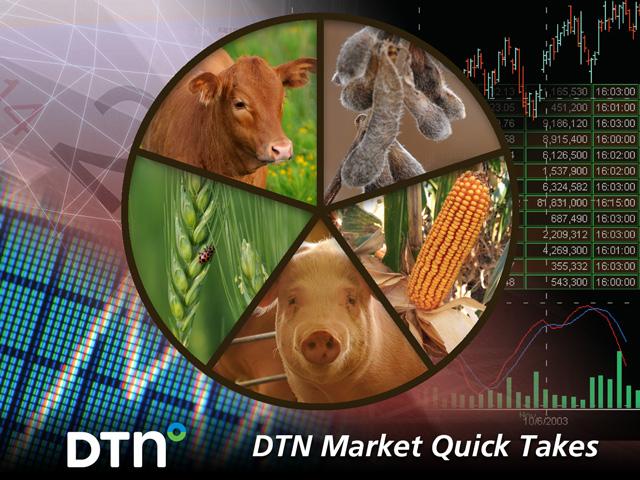