OMAHA (DTN) -- Farmers will be offered more incentives to plant cover crops or adopt other conservation practices after Democrats in the Senate pushed through the Inflation Reduction Act on Sunday, a bill considered key to President Joe Biden's agenda on climate change and health care.

Vice President Kamala Harris broke a 50-50 tie to pass the bill in a Sunday afternoon vote. The $739 billion bill focuses on spurring renewable energy and reducing greenhouse-gas emissions, but also allows Medicare to negotiate drug rates and increases eligibility for the Affordable Care Act. To fund these measures, Democrats set a 15% minimum tax on large corporations and new tax on stock buybacks.

The biggest chunk of spending -- about $369 billion -- would go toward addressing climate change in different ways, including programs for climate-smart agriculture and rural renewable energy. That includes about $20 billion for USDA conservation programs for farmers and landowners.

Democrats in the Senate advanced the bill in a vote early Saturday evening using a budget reconciliation rule that allows the bill to pass on a simple majority with the vice president voting to break the tie. The process is allowed on bills involving revenue and spending. Saturday evening's vote kicked off 20 hours of debate and votes on amendments that lasted all night.

The bill moves to the House, where House Speaker Nancy Pelosi, D-Calif., said Sunday the House "will return and move swiftly to send this bill to the president's desk."

"With the passage of this historic bill, Americans will see their energy costs go down while we tackle the urgent threats we face every day from the climate crisis," Stabenow said. "We are equipping farmers, foresters, and rural communities with the necessary tools to be a part of the solution. At the same time, we are investing in good-paying, clean-energy jobs to grow small towns and rural economies."

Republican senators tried every type of amendment and strategy to split Democrats over the weekend. They declared Democrats had succeeded in passing a "reckless" or "damaging tax-and-spend bill" that would do more to harm the economy and increase inflation than help it.

"New energy taxes and Green New Deal-style subsidies will worsen our current energy crisis and weaken our nation's economic and national security," said Sen. John Hoeven, R-N.D., ranking member on the Senate Agriculture Appropriations Subcommittee. "We need to unleash our domestic energy production and get our debt and deficit under control, while positioning our farmers and ranchers to continue to produce the highest quality, lowest cost food supply in the world. We need to provide real, meaningful price relief to the American people but this bill that the Democrats pushed through using the budget reconciliation process doesn't do that; instead it increases taxes and spending."

The bill carves out $20 billion to support climate-smart agricultural practices for farmers. The funds would go to encourage farmers to adopt practices that reduce greenhouse-gas emissions, reduce nitrogen loss or sequester carbon in the soil. The funds could also help with drought resilience in western states.

The National Milk Producers Federation immediately praised the climate-smart funding in the bill. The programs will help dairy farmers achieve an industry goal of net-zero emissions by 2050.

DTN had earlier reported specific dollar amounts for farmers to grow cover crops. While that provision still remains in the bill language on an official congressional website as of early Monday afternoon, DTN was informed by Senate Agriculture Committee staff that the specific incentives and provisions on cover crops were removed from the bill before the Senate began its votes.

Another $1 billion would go to boost USDA conservation technical assistance.

The bill also includes $4 billion in provisions to help western states deal with drought challenges, including $550 million for water projects and $500 million for the Colorado River basin.

The Rural Energy for America Program would get $1.72 billion to promote energy efficiency and renewable energy for farmers and other rural small businesses.

Another $1 billion would go for "Section 317" loans for electric generation from renewable energy resources for rural and nonrural power companies. This includes solar, wind, hydropower, biomass, or geothermal. The federal government would cover up to 50% of the loans for such projects.

Biofuels would see another $500 million to develop blender pumps and other infrastructure to increase the blends of biofuels above 10% blend levels for ethanol and 20% for biodiesel blends.

The bill also extends the $1 per gallon biodiesel tax credit to 2024 and retroactively restarts it at the beginning of 2022.

Other tax incentives would expand wind, solar and other renewable energy through 10 years of tax credits.

Over $10 billion in loans and grants would become available through the Department of Energy to spur the manufacturing and technology for vehicles with low- or zero-exhaust emissions, as well as electric and hybrid vehicles.

Another $10 billion in tax credits would go to incentivize manufacturing facilities for electric vehicles, wind turbines or solar panels.

Another addition to the bill would fix a provision from the American Rescue Plan that led White farmers to sue USDA last year.

The bill includes just over $2.2 billion to FSA to replace the loan reimbursement for socially disadvantaged farmers passed in 2021. Under the new language, up to $500,000 in financial assistance would go to farmers, ranchers or forest landowners who were "determined to have experienced discrimination prior to Jan. 1, 2021," in USDA farm lending programs.

The bill also includes $250 million that would toward research, education and extension, as well as scholarships for 1890 Institutions -- land-grant, historically Black colleges and universities (HBCUs).

The language in the bill was adjusted from an earlier version that had a lower cap to help producers. 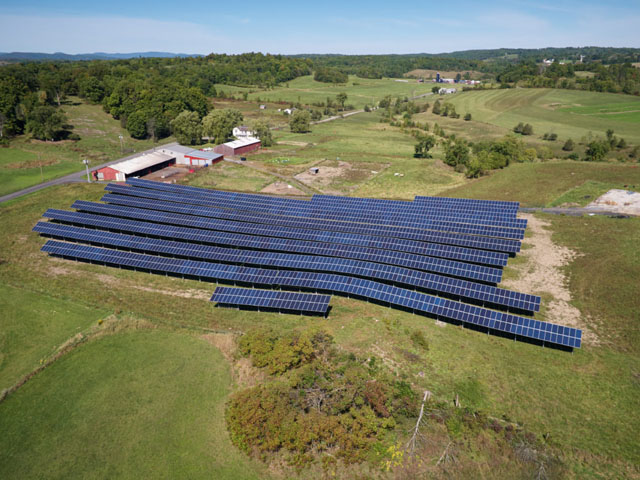