"Even in drought, it can still rain." A popular reminder from a colleague of mine may not point toward devastating precipitation events, but that drought never sticks around forever. True, British Columbia has not seen the drought that has occurred in the Canadian Prairies this year, but the event that occurred Nov. 14-15 in Western Canada was record-breaking.

Rains came from an event described by some as an "atmospheric river" or by others as the "Pineapple Express." But it just describes a consistent transport of moist air from the central Pacific Ocean, somewhat centered near the Hawaiian Islands. These rivers, if they are slow to push through an area, can really pile up heavy precipitation, especially when they flow into terrain. These events are not uncommon, typically happening several times each month in western North America during the late fall and winter. But this particular one was quite significant. Precipitation amounts in two days totaled the entire month's worth in a few locations. And for these locations, November is typically the wettest month of the year. The rainfall was devastating to local infrastructure. Flooding occurred over farmlands near Abbotsford and there are some incredible images of flooded fields and livestock pastures. Sections of Highway 1 were washed out, as well as rail lines that essentially cut off Vancouver from the rest of the country. Strong winds from the storm eclipsing 100 kilometers/hour (62 miles per hour) were noted over large sections of the province as well, downing trees and powerlines. BC Hydro, the electrical provider for the province, said that 219,000 customers were without power at some point during the storm. (Disclosure: BC Hydro is a customer of DTN)

For more information on some of the impacts to British Columbia, read Philip Shaw's piece here: https://www.dtnpf.com/….

According to Environment Canada, some of the more impressive rainfall totals over 150 millimeters (roughly 4 inches) in British Columbia include:

Areas that saw record daily rains included Abbotsford, Agassiz, Hope, Invermere, Kootenay National Park, Nakusp, Esquimalt, Gonzales Point, and Malahat. All of these areas broke their daily records by at least 30 mm (about 1.2 inches). Other daily records were set throughout the province as well, just at lower margins.

But the impacts were not just to British Columbia. Though it may have been called an atmospheric river, there was still a low-pressure system tied to the storm. That low pushed across the Prairies Nov. 15-17 and produced some good snowfall in Alberta and Saskatchewan. It was hard to measure with winds gusting 90 to 125 km/hr (56 to 77 mph) but reports from Environment Canada of 20 to 30 centimeters (roughly 8 to 12 inches) blanketed central Alberta into northern Saskatchewan growing areas. Snow fell across southern areas of both provinces and Manitoba as well, but were mostly less than 10 cm (roughly 4 inches).

Blizzards are not particularly uncommon in the Prairies, but it is never good for livestock. Temperatures falling below minus 10 Celsius (14 Fahrenheit) do not help either. Stress likely peaked after the snow was done falling, as temperatures fell but winds remained strong.

On the positive side, the snowfall is great to build snowpack early in the season. With drought still a major concern going into the 2022 season, the snowpack will be key to getting soils off to an early wet start, and recharging moisture for the upcoming season. Last season, the snowpack was limited and was not enough to sustain crops very far into the summer as drought set in rapidly. This year, we are off to a decent start. The promise of La Nina is for more winter precipitation events. Last year's La Nina did not live up to its average. But La Ninas do tend to be variable in terms of both precipitation and temperatures, both within the season, and from La Nina year to La Nina year. The DTN forecast is calling for near-normal precipitation during the course of the winter, but it is going to take more than that to reverse the outstanding drought still plaguing the region.

Get a full rundown on the 2022 outlook for weather affecting U.S. and international crop areas during the DTN Ag Summit, Dec. 5-7, in Chicago. Visit www.dtn.com/agsummit for more details about the summit and to register. Register before Nov. 26 for the early bird rate. 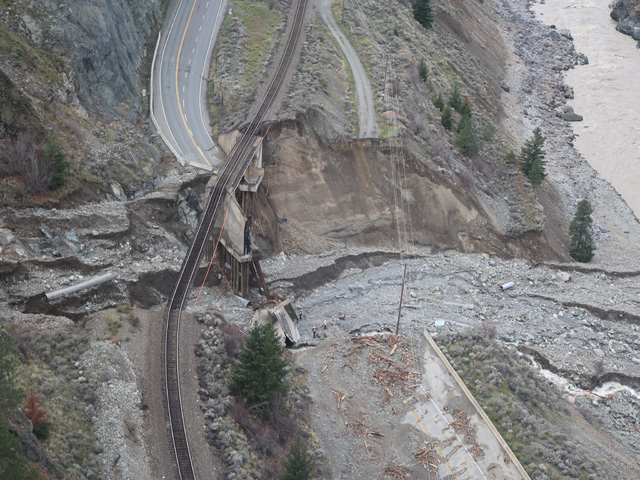