OMAHA (DTN) -- After a highly partisan floor debate, the House of Representatives on Friday passed the Inflation Reduction Act along strict party lines, clearing the bill to become law.

The House voted 220 to 207 with every Democrat backing the Inflation Reduction Act (IRA) and every Republican opposed, though four GOP lawmakers did not vote. The $739 billion bill now goes to President Joe Biden who has championed the health care and climate bill as key to his domestic agenda. Republicans criticized the vote given nearly 180 lawmakers voted by proxy.

Republicans in the House on Friday seared Democratic colleagues, saying the bill will lead to tax increases and higher inflation. They also repeatedly stressed how the bill would lead to a spike in IRS employees and potential audits for average Americans, despite insistence from Democrats that the GOP was overstating the IRS provisions.

"We need to get our fiscal house in order and solve this reckless spending that is causing this inflation instead of taking action that makes the situation worse," said Rep. Jay Obernolte, R-Calif.

The Inflation Reduction Act is funded by a 15% minimum corporate tax on businesses with more than $1 billion in average earnings. Another tax provision imposes a 1% tax on stock buybacks by publicly traded companies as well.

"Who in their right mind raises taxes in a recession?" said Rep. Kevin Brady, R-Texas, ranking member of the House Ways & Means Committee.

In her closing arguments, House Speaker Nancy Pelosi, D-Calif., said the bill reduces the deficit, "is fully paid for, making sure the ultra-rich and biggest corporations pay their fair share."

"Along with that slush fund, it hands out tax credits like candy with no accountability," said Rep. Kevin McCarthy, R-Calif., the House minority leader. He castigated the bill's potential impact on inflation in an extensive speech criticizing Democratic colleagues.

Rep. Steny Hoyer, D-Md., the House majority leader, called the bill, "The largest single investment facing the climate crisis that any nation has ever made." Hoyer added, "We have a climate crisis, and the deniers have undermined our ability to respond. This bill responds, and it responds consistent with the desires of the American people. It will bring down the cost of energy for Americans by investing and developing cleaner, more sustainable energy technologies like electric vehicles and solar panels."

The climate provisions in the bill are meant to help lower U.S. greenhouse emissions by 40% below 2005 levels by 2030.

Abigail Spanberger, D-Va., pointed to funding for conservation programs as well as the $1.7 billion that will go to the Renewable Energy for America Program (REAP) for energy efficiency programs and small-scale renewable energy programs for farmers and other rural small businesses.

"Farmers are the original conservationists, and their expertise can't be ignored if we are going to meet our shared climate goals while bringing greater investments to rural America, strengthening farmers' bottom lines and lowering the costs of inputs," Spanberger said.

The $19.5 billion for USDA conservation programs focuses on incentivizing more farmers to adopt cropping and livestock practices that reduce greenhouse emissions, reduce nitrogen loss or sequester carbon in the soil.

At least $4 billion in the bill goes to deal with drought relief in the Colorado River Basin. Western Growers, which represents fruit and vegetable growers in California and other Western states, praised the Western drought add, noting the Colorado River supports 5.7 million acres of irrigated agriculture -- mainly winter vegetables.

"Not only does the Colorado River supply the water and power needs of nearly 40 million people across the West, it sustains the agricultural output of Yuma, Arizona, and California's Imperial Valley," said Dave Puglia, president and CEO of Western Growers. "Without fast and serious federal assistance, a significant portion of the nation's food supply hangs in the balance."

Biofuels will see another $500 million to develop blender pumps and other infrastructure to increase the blends of biofuels above 10% blend levels for ethanol and 20% for biodiesel blends.

A major boost for airlines transitioning aviation fuels will come from a $1.25-a-gallon sustainable aviation fuel (SAF) tax credit for 2023 and 2024. The SAF tax credit also gets bumped up for fuels that reduce emissions by more than 50%.

Groups backing ethanol and biofuels supported the bill, pointing to the investments in infrastructure and sustainable aviation fuels.

"While this bill does not contain everything on our wish list, it does contain some incredible incentives for farmers and ethanol producers looking to capitalize on carbon intensity, and we encourage the president to sign it into law, so farmers and ethanol producers can continue innovating and playing a meaningful role in helping combat climate change," said Brian Jennings, CEO of the American Coalition for Ethanol.

The production tax credit also is extended with adjustments in the tax credit for the technology used and when construction of the project began. The tax credit includes bonuses for projects that use certain levels of domestic materials as well.

The legislation also includes several residential and energy-efficiency tax credits for buying products such as heat pumps or installing solar panels on homes.

When added up, all the various tax incentives for renewable energy and emission reductions total nearly $271 billion over 10 years.

Another $5 billion will be used for forest management, including about $2.15 billion for funding to reduce dead wood and other vegetation that would be fuel for forest fires. Another $2.75 billion will go toward urban areas and other non-federal forests to develop incentives such as carbon sequestration in those areas.

Leaders of the Federation of Southern Cooperatives/Land Assistance Fund and the National Black Farmers Association expressed frustration with farmer debt-relief provisions in the bill. Senators rewrote the provisions following several lawsuits filed by white farmers last year that halted aid to minority farmers that was included in the American Rescue Plan Act (ARPA).

The bill provides USDA with $3.1 billion in funding for USDA to provide relief for at-risk agricultural operations. All distressed borrowers of direct or guaranteed loans administered by USDA are potentially eligible for assistance under this provision, which is designed to keep these farmers in production.

As written, the bill does not prioritize the 17,000 farmers and ranchers who received letters promising debt relief.

The bill also includes $250 million that would go toward research, education and Extension, as well as scholarships for 1890 Institutions -- land-grant, historically Black colleges and universities (HBCUs).

The full language of the Inflation Reduction Act can be viewed at https://rules.house.gov/…. 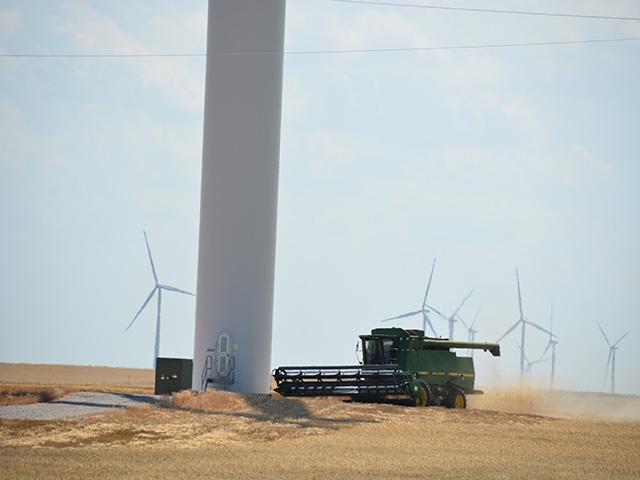