LINCOLN, Neb. (DTN) -- Iowa's 2019 so-called "ag-gag" law was struck down by a federal judge this week in the latest setback in the state's attempts to protect agriculture operations from undercover surveillance.

The state has had two such ag-trespass laws struck down, this 2019 version and a 2012 version. Both laws were found to be too broad in their attempts to make it illegal for someone to gain access to an agriculture facility by lying on a job application to gain employment.

This means it is up to each Iowa agriculture facility wanting to prevent outside groups from gaining access through employment to better screen potential employees.

After the latest ruling, there still are two ag-trespass laws on the books in Iowa.

Stephanie M. Rose, chief judge of the U.S. District Court for the District of Southern Iowa in Des Moines, ruled the 2019 law was unconstitutional in granting summary judgement to a number of animal-rights groups led by the Animal Legal Defense Fund.

"To be sure, some of the investigations may violate other laws," the court said in its ruling.

"However, the state of Iowa may not single out individuals for special punishment based on their critical viewpoint of agricultural practices, which they have sought to do. It is the proper province of the legislature to determine whether specific facilities -- such as agricultural facilities, nuclear power plants, military bases, or other sensitive buildings -- are entitled to special legal protections."

Rose said, however, the First Amendment "does not allow those protections to be based on a violator's viewpoint.

"If so, the government may effectively drive certain ideas or viewpoints from the marketplace."

The state of Iowa could appeal the district court's ruling to the Eighth Circuit court.

Eldon McAfee, general counsel for the Iowa Pork Producers Association, said because courts have ruled it is legal to lie on job applications, the pressure is on ag companies to better screen potential employees while not discriminating.

"The ones I know have been very diligent in their hiring process," he said.

"If someone will lie on a job application to get a job what else will they lie about? Most producers feel they'll be willing to lie about anything. It's a trust issue."

McAfee said the remaining laws on the books provide a good level of protection against trespassing on ag facilities without permission.

After the dust has settled, ag-trespass laws from 2020 and 2021 are still in effect in Iowa.

Immediately following the Eighth Circuit ruling, the Animal Legal Defense Fund and People for the Ethical Treatment of Animals, or PETA, filed a civil rights request in the district court for injunctive relief from a 2021 Iowa bill signed into law in April 2021. That legal challenge is ongoing. Animal rights groups claim the 2021 law violated their First Amendment rights.

The new law makes it an aggravated misdemeanor to enter private property without the consent of the owner and take samples of soil, water, or animal products. It also criminalized placing a camera or other surveillance device on such properties.

The law provided protection to property owners beyond agriculture.

In addition, the 2020 Food Operation Trespass Law in Iowa was ruled to be constitutional by an Iowa district court judge in Wright County on Jan. 18, 2022.

The first Iowa ag-trespass law came about in 2012 after at least a couple of widely publicized investigations into hog operations. 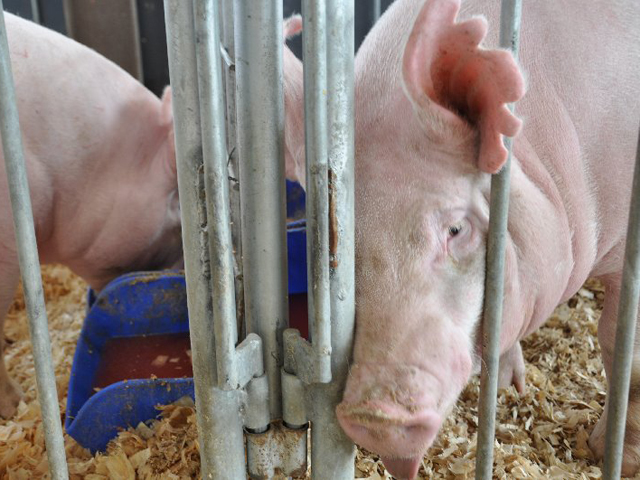