OMAHA (DTN) -- The nutritional management of bulls in a cow/calf operation is critical as bulls contribute half the genetics of a cow herd. Their fertility is just as important as cows.

Cattle producers should consider performing a breeding soundness exam (BSE) on each of their bulls 30 to 60 days before the start of the breeding season. Bulls also need to be watched closely and given protection in cold weather to avoid frostbite.

In a presentation at the University of Nebraska-Lincoln (UNL) Extension 2022 Cow/Calf College, Kacie McCarthy, UNL Extension cow/calf specialist, detailed some of the reasons why bull management is important. (https://extension.unl.edu/…. Bulls need proper nutrition from the start to assure they are able to breed.

All three time periods of pre-weaning, post-weaning and breeding season are important times to assure the proper nutrients are being provided to bulls, she said.

Pre-weaning nutrition is important as rapid Sertoli cell development occurs when the bull is four to 20 weeks of age. These cells will allow for higher sperm levels in bulls, she said.

McCarthy said proper forage quality during this time is key and the use of supplements can assure the cow and bull nutrient needs are met. She also recommended bulls from mature cows should be selected over to bulls born to heifers.

In post-weaning environments, a high energy diet is needed. This will influence scrotal growth and semen quality, McCarthy said.

Nutrition during breeding season is important as studies show bulls can lose anywhere from 100 to 400 lbs. during the season. This weight must be regained before the next breeding season.

Bulls should remain in the range of 5.5 to 6.5 in body condition score (BCS). This is a moderate condition and cows should also be in this range, she said.

"The age and weight of bulls matter when thinking about breeding season nutrition," McCarthy said.

McCarthy said if bulls are on a concentrate diet in the pre-breeding season, they should gradually be stepped off from this diet. This should be done 30 to 60 days prior to turn out.

During the breeding season, producers should continue to assess the BCS of bulls. With bulls losing weight during the season, it is important to keep a close eye on them, she said.

"There can be a ton of variability with bulls so watch them closely," she said.

Another nutritional aspect to consider in the post-breeding season is a mineral program for bulls.

Several minerals are critical for bulls, she said. Selenium is important for normal spermatogenesis (production of sperm) while zinc plays a critical role in sperm cell plasma membrane integrity and tail morphology.

McCarthy said bull-to-cow ratio depends on the capability of each individual bull. A study compared the ratio of 1:15 up to 1:50 and the report showed 1:25 was the best dollar value for the bull/cow ratio.

The impact of age, social dominance and libido all play roles in the effectiveness of bulls, she said.

McCarthy said cattle producers should do a breeding soundness exam (BSE) annually. BSE is a uniform method of assessing a bull's likelihood of establishing pregnancy in an appropriate number of open, healthy, cycling cows or heifers in a defined breeding season.

The exam checks to make sure they can do their jobs and to make sure nothing is wrong with them physically or with sperm production. Some producers do not utilize this exam because they believe it costs too much money, but research shows about $6 to $7/cow return the BSE investment, she said.

"We recommend doing a BSE four to six weeks prior to breeding season," McCarthy said. "This way you can still have some time to purchase bulls before the season."

Most BSE are made up of four parts -- physical exam, scrotal circumference, sperm motility and sperm morphology.

McCarthy said semen is collected and morphology and motility are checked. To pass a BSE, bulls should have 70% normal sperm morphology and at least 30% sperm motility.

Bulls can become infertile during periods after cold weather due to frostbite to scrotum, McCarthy said.

Cold weather and wind chill can result in lower sperm counts for bulls. Frostbite can cause blisters and scabs on the scrotum and can cause discoloration, she said.

Spermatogenesis in bulls is a 61-day process after a frostbite injury, which, depending on when the injury occurred, could affect the breeding season. McCarthy recommends bulls with a frostbite injury should be re-evaluated with a BSE about 45 to 60 days after the injury.

"Bulls need some time to recover from frostbite," she said. "We encourage producers with bulls a few years old to get BSE so we can catch these issues."

McCarthy said producers need to do some cold weather prevention practices to assure their bulls are protected. These would include giving bulls plenty of space, shelter and windbreaks to get out of the cold and bedding to assure bulls and their reproductive parts are not laying on cold, frozen ground. 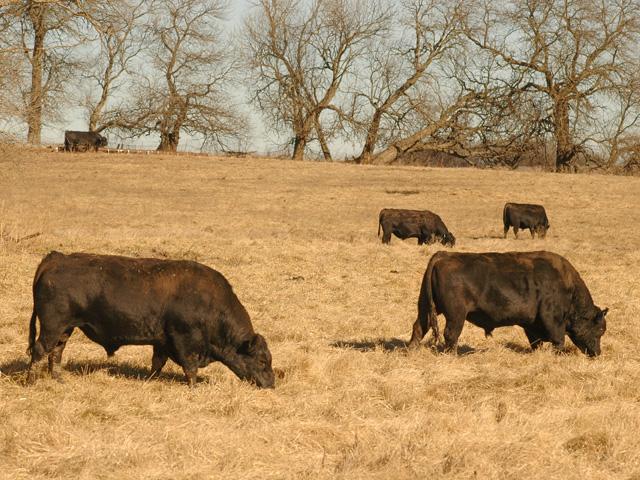