The subcommittee passed the bill by voice in a 15-minute markup session late Monday. The full Senate Appropriations Committee will take up the bill on Wednesday.

Senate Agriculture Appropriations Subcommittee Chairwoman Tammy Baldwin, D-Wis., said in a news release, "This bipartisan legislation is the product of Democrats and Republicans working together to support a stronger and more resilient agriculture economy that works for our farmers, ranchers and families in rural communities."

"Developed with input from my colleagues on both sides of the aisle, this bipartisan legislation will drive economic opportunities to farmers and invest in the long-term health of our working lands. It will also invest in broadband and ensure that people facing challenging times have tools to move toward nutrition, health and housing security.

"I am also very proud that our work together will make investments that support the Dairy Business Innovation Program, Grazing Lands Conservation Initiative, and research priorities for our dairy, specialty crop, and organic farmers. The full product of the subcommittee will help ensure that rural Americans have the tools to thrive in our global economy and build back better," Baldwin said.

The House Agriculture Committee last week approved an extension of WHIP-Plus with projected funding of $8.5 billion.

Sen. Chuck Grassley, R-Iowa, said Tuesday he was pushing to ensure the bill will include aid relief for Iowa producers hit by the derecho.

Senate Agriculture Appropriations Subcommittee ranking member John Hoeven, R-N.D., emphasized in his release that the bill will include:

- $6.28 billion for disaster assistance to aid producers who suffered losses due to droughts, hurricanes, wildfires, floods and other qualifying disasters in calendar years 2020 and 2021. A Hoeven spokesperson said the $6.28 billion is for the Wildfire Hurricane Indemnity Program (WHIP-Plus) disaster program for 2020 and 2021 losses.

"With many of our farmers and ranchers facing a severe drought, we worked to include more than $7 billion in this year's agriculture appropriations bill, including $750 million for livestock producers," Hoeven said in a news release.

"This will help to cover losses and keep our producers in the game as they overcome these challenging times," Hoeven said.

"At the same time, this bill will help to meet the needs of rural America, including fully funding farm loans to provide producers with access to capital, strong support for agricultural research and continued investment in rural broadband."

"Extreme weather and natural disasters have made for challenging conditions for farmers and ranchers that don't appear to be subsiding soon," Boozman said.

"Well over half of the country is experiencing drought-like conditions, wildfires are raging in the West and flooding has caused extensive damage to crops along the Mississippi Delta, including in Arkansas, where I have seen firsthand the destruction this flooding has left in its wake.

"I appreciate ranking member Hoeven's leadership to ensure that disaster assistance was included in this bill," Boozman said.

"We are committed to working in a bipartisan manner with our Senate colleagues and our counterparts in the House to ensure we get much-needed disaster relief to producers impacted by these natural disasters."

During the short markup session, Baldwin, Hoeven and Sen. Jon Tester, D-Mont., all made references to the weather problems farmers and ranchers are encountering.

Baldwin called the drought "historic" and Hoeven noted that in North Dakota it "is as bad a drought as I can remember."

Hoeven noted that when the bill gets to the full committee level, Republicans are demanding "parity" between defense and nondefense spending. Sen. Susan Collins, R-Maine, said she wanted to "reinforce" Hoeven's point on parity in spending.

Details may be found in the news releases that Baldwin and Hoeven sent out. 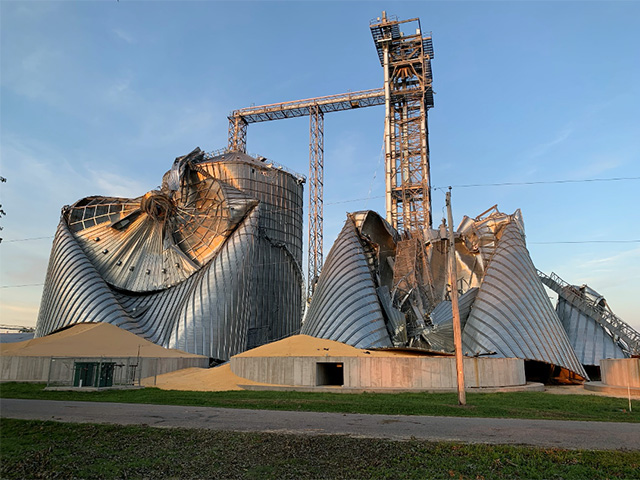