The House will vote on the energy legislation, Pelosi announced in an online presentation to the National Farmers Union, a Democratic-leaning farm group that is particularly strong in the Midwest.

"I feel very blessed that Collin is leading our effort," Pelosi said of Peterson, who is in a tight re-election race. The Environmental Protection Agency has been granting waivers from the Renewable Fuel Standard to oil companies "when they shouldn't," Pelosi said.

The bill that the House is expected to take up the week of Sept. 21 will contain provisions that Peterson has written that would set an annual deadline for refiners to request exemptions from the Renewable Fuel Standard and require EPA to publicly release the name of refiners requesting an exemption, the number of gallons requested to be waived and the number of gallons of biofuel that will not be blended as a result of the refinery exemption.

Renewable Fuels Association President and CEO Geoff Cooper said Tuesday that Peterson's language "would finally pull back the curtain on EPA's secretive and obscure small refinery waiver program, and we are pleased to see its inclusion in the House energy package. By setting a deadline for waiver petitions and requiring small refineries to publicly disclose their identities, this language brings badly needed transparency and structure to the program. This would prevent companies like ExxonMobil, Chevron, HollyFrontier, and CVR from hiding behind phony claims of confidentiality and stop them from further gaming the system."

Peterson finds himself in a tight re-election campaign in Minnesota's 7th Congressional District, a western district in the state that stretches from the Canadian border nearly to the Iowa border, and is increasingly Republican. Peterson faces former GOP Lt. Gov. Michelle Fischbach and the race is considered a toss-up.

Pelosi repeatedly praised Peterson and said she defers to him on agricultural and rural policy. Asked how she will convince the Senate to take up a bigger coronavirus aid package than the bill that failed in the Senate last week, Pelosi told the estimated 400 Farmers Union leaders on the call, "I am pinning my hopes on you."

Pelosi added that "the sad thing is that people are so consumed with fear of the virus" and getting their children to school that "they are not paying attention to who says what in Washington, D.C. We have to bring more clarity to the pathetic nature of the Senate bill. It had a couple of good things, but it fell so short. You can't have a skinny deal, the skinny deal is a Republican deal."

Peterson on Tuesday also revealed a few more details of the legislation he will pursue if he wins re-election in November. In a separate presentation to NFU, Peterson repeated previous statements that he wants to give USDA authority to use the Commodity Credit Corporation to deal with problems such as those that came up when meat plants were forced to close or slow down operations due to COVID-19.

"The pork producers are too efficient," Peterson said. "They were so efficient that everything had to fall in place for everything to work out OK. When the plants shut down, everything backed up, especially in my district."

While USDA had been able to help in previous years when avian influenza hit poultry plants, Agriculture Secretary Sonny Perdue said he could not address the problems in the pork plants because he only had authority to deal with animals that are sick. Peterson and others wanted USDA to pay an indemnity for euthanizing hogs.

Peterson said he wants to give USDA authority to deal with disaster situations whether it is a human pandemic, African swine fever, foot-and-mouth disease or another round of avian influenza.

Peterson also noted that "it seems like people in the United States don't want to own processing," which has resulted in Smithfield being sold to the Chinese and other plants sold to JBS, which is Brazilian.

"This is not a good situation," Peterson said, asking, "How could we attract American capital to provide other choices to farmers? Can we do something at the federal level to start more federally inspected plants that can be available?" Years ago, he said, there were more plants in Minnesota and Iowa where farmers could take their animals.

In the second year of the next Congress, Peterson said, his committee should start looking at the next farm bill, which needs to be written in 2023.

"I would rather focus on these other problems first. If we get more processing plants we have to get more money (for inspectors). We don't have money in the Ag Committee to fund these things." Noting that he had been asked what Joe Biden, the Democratic candidate for president, could do for farmers, Peterson said Biden "could find $60 billion to send out to the farmers."

Peterson said the money the Trump administration has sent to farmers from the CCC for trade and coronavirus aid has been needed, "but I'm not sure it was spent properly."

"We have to figure out how we can come up with money to come up with all the things we need in agriculture," Peterson said. "Commodity prices are too low. Without these government payments we'd be in big hurt." He added that he believes the safety net in dairy "is the best safety net in all of agriculture" and that it comes close to equaling the cost of production, at least for smaller farmers.

Of the Conservation Reserve Program, which idles land, he said, "If we keep oversupplying the market it is probably the best and cheapest way to take care of the oversupply and you get benefits of soil health, water quality and wildlife. We are looking at that whole program to see how we can make it better and more affordable."

On ethanol, Peterson said President Donald Trump agreed to stop the small-refinery exemptions to oil companies this week only after pressure. Peterson said he is tired of solving problems the administration has created. "We were promised 15 billion gallons of corn ethanol; we are at about 12.5 because of these waivers."

Of the administration's proposal to allow gas stations to use E10 pumps for E15, Peterson said, "There are so many issues before it becomes viable," including rules at the Environmental Protection Agency and with state marshals.

On broadband, Peterson said that he and Rep. Don Young, R-Alaska, have a bill that would change the Universal Service Fund so that the money in it would be used for providing internet service rather than landlines and that instead of bringing service to "underserved areas" it would serve "unserved areas."

"If you don't have high-speed internet and you are in agriculture, you are in big trouble," Peterson said. 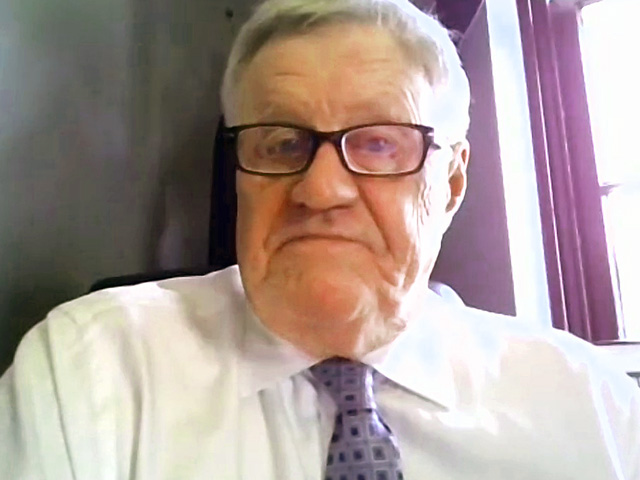