WASHINGTON (DTN) -- One year from the 2020 general election, more than half of the Democrats on the House Agriculture Committee are facing less-than-"solid" chances of retaining their seats, but the Democrats appear on the path to retain their majority in the House, according to David Wasserman, the House analyst for The Cook Political Report.

Of the committee's 25 Democratic members representing districts in the 50 states, 14 are facing races that the Cook Report ranks as less than "solid," and nine of those races could favor the Republican, per the Cook Partisan Voter Index (PVI). The index measures how each district performs at the presidential level compared to the nation as a whole.

Stacey Plaskett, the Democratic delegate from the U.S. Virgin Islands, is also a member of the committee, but the Cook Political Report does not rank the delegates from the U.S. territories.

On the flip side, only three of the 21 Republicans on the House Agriculture Committee are in races considered not "solid," and the PVI for each of those three incumbents is in their favor by at least three points.

The Cook Political Report provides four ratings for Congressional races: "solid," "likely, "lean" and "toss-up." As it stands now, House Democrats are facing 218 elections that are ranked "lean," "likely" or "solid" in their favor compared to 193 Republican seats ranked "lean," "likely" or "solid." Twenty-four seats are considered "toss-ups" -- 18 for the Democrats, five for the Republicans and one independent, Rep. Justin Amash in Michigan.

The Democrats won a majority in the 2018 congressional elections, but the 2020 elections will include a presidential election with President Donald Trump at the top of the ticket. That could affect the races, especially in rural and suburban districts that are home to most of the members of the House Agriculture Committee who are less than "solid" for reelection.

But the impact is uncertain. The opportunity to vote for Trump might bring out more Republicans, although presidential elections usually bring out more Democratic voters.

Charlie Cook, founder of The Cook Political Report, said in an interview that "Impeachment will make the reds redder and the blues bluer." Cook said he expects an "enormous" turnout, but "While everything seems to revolve around Trump, he is not the sun and this is not the solar system."

But one danger for all incumbents, Cook said, is that people hate politics and politicians so much that experience doesn't matter.

The most notable among the struggling House Agriculture Committee Democrats is Rep. Collin Peterson, D-Minn., the chairman. The 14-term representative who is the most senior member on the Ag Committee faces growing doubt about his ability to retain his seat.

Most alarming for Peterson is the fact that Trump is destined to head the Republican ticket in 2020. Peterson's district's PVI is plus-12 for the Republicans, and his constituents voted 61% in favor of Trump in the 2016 election.

Peterson is one of only two Democrats in the House (along with Rep. Jeff Van Drew, D-N.J.) to speak out against the impeachment proceedings in recent weeks and to vote against moving forward with the inquiry. A straight-ticket vote could bring a swift end to Peterson's decades-long career, shaking up leadership on the committee along the way.

But there are limits to Trump's popularity with farmers, and Peterson last week wrote Agriculture Secretary Sonny Perdue, urging him to make changes in the trade aid program for farmers, saying the current formula is creating "winners and losers among neighbors."

Peterson is popular in agricultural circles, and the sugar growers in his district have formed the Committee for Stronger Rural Communities, a super political action committee to raise funds to support his reelection.

After Peterson, the most vulnerable Democrats include Reps. Abigail Spanberger, D-Va., and Anthony Brindisi, D-N.Y. Both represent districts that the Cook Report considers "toss-ups" for 2020, and each has a PVI of plus-6 in favor of the Republicans.

The Democrats can find solace in the fact that none of their members on the committee has announced plans to retire or leave office before Election Day. Incumbents tend to hold an advantage heading into elections, despite what polls may say.

On the Republican side, the Cook Report considers Reps. Rodney Davis, R-Ill., whose district has a PVI of plus-3 for the Republicans, to be in a "toss-up" race; Rep. Don Bacon, R-Neb., to be in a "lean Republican" race; and Rep. Jim Hagedorn, R-Minn., to be "likely" for reelection.

House Agriculture Ranking Member Michael Conaway, R-Texas, who chaired the committee when the Republicans were in the majority, is retiring, but the Cook Report considers his district "solid Republican."

Rep. Dave Loebsack, D-Iowa, is retiring and his district in eastern Iowa is considered a "toss-up."

The Republican leadership removed Rep. Steve King, R-Iowa, from his committee assignments, including Agriculture, over some of his comments and positions, but the Cook Report still ranks that seat as "likely Republican."

Rep. Ron Kind, D-Wis., is often a critic of farm programs, but the Cook Report ranks his race as "likely Democrat."

The House Agriculture Appropriations Subcommittee should feature far less drama. Each of the 11 members -- both Democrat and Republican -- along with the open seat of retiring House Appropriations Committee Chairwoman Nita Lowry, D-N.Y., and House Appropriations ranking member Kay Granger, R-Texas, is considered to be "solid" for the party that currently controls the seat.

Zachary Silver was a contributing writer on this report. 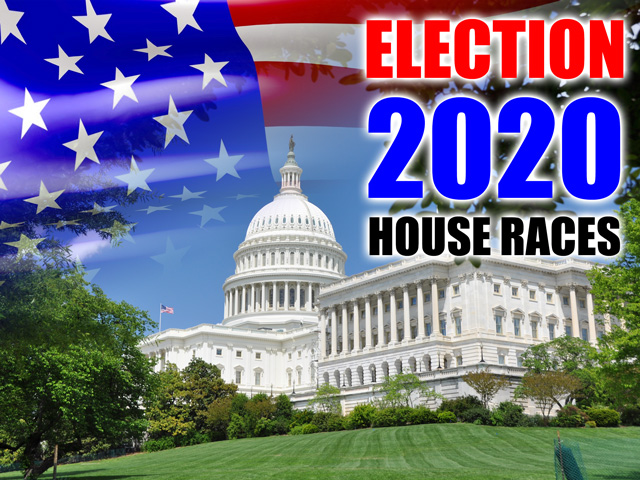