OMAHA (DTN) -- With the EPA showing no signs of stemming the tide in granting small-refinery waivers, a bipartisan bill introduced in the U.S. House of Representatives on Thursday would set a middle-of-the-year deadline for waiver applications.

Since 2018, EPA has granted 54 waivers to the Renewable Fuel Standard for the 2016 and 2017 RFS compliance years, totaling 2.61 billion ethanol-equivalent gallons being taken out of the marketplace. The agency also has 39 waiver applications pending for 2018.

Reps. Collin C. Peterson, D-Minn., and Dusty Johnson, R-S.D., the co-chairmen of the Congressional Biofuels Caucus, introduced the Renewable Fuel Standard Integrity Act of 2019 this week. That bill would set a June 1 deadline for waiver applications. As it stands now, the agency typically receives waiver applications after RFS volumes already are set.

Peterson said in a press statement on Thursday that setting a midyear deadline would make it easier for biofuel producers to make business decisions.

"It is clear to me that EPA is abusing its authority by recklessly handing out small-refinery waivers and refusing to account for them," he said. "This is hurting farmers and agriculture communities at the worst time. This bill ends the gamesmanship in the waiver process and increases transparency along the way."

"I would ask the bill's sponsors what there is to reallocate?" he said. "Ag-friendly economists and EIA data have proven that there has been no change in the amount of domestic biofuel blended into the fuel supply, even with all the SREs last year. Additionally, the fact the lawmakers introduced that bill is clear recognition that EPA currently lacks the authority to reallocate volumes waived due to small-refiner exemptions and that now even the biofuel community wants RFS legislative reform."

In a letter to EPA Inspector General Charles Sheehan, Duckworth cited a recent news report that alleged former EPA Administrator Scott Pruitt may have lied to Congress about the reasons for the sudden surge in waivers granted. On several occasions, Pruitt said the agency's hands were tied by recent court rulings. However, Reuters reported the agency stepped up waivers before the Sinclair v. EPA case was closed.

The case, which was heard by the U.S. Court of Appeals for the 10th Circuit in Denver, ended in a ruling that EPA wrongly rejected a Sinclair waiver request. Pruitt was sworn in as administrator on Feb. 17, 2017.

EPA's deadline for considering 2016 retroactive waivers was March 31, 2017 -- the same month the agency was arguing the Sinclair case.

Though the court ruled in favor of Sinclair in August 2017, Jeff Holmstead, an attorney at Bracewell LLP in Washington, D.C., who argued the case on behalf of Sinclair, told DTN it was clear the agency was going to lose following oral arguments.

"The March (2017) oral argument in the Sinclair case went very badly for EPA," he said. "It was pretty clear to everyone involved, including the EPA lawyers, that the court was going to reject the approach that EPA had been using to reject virtually all small-refinery exemption requests. In my conversations with EPA folks after the oral argument, they recognized that they were going to have to start granting more small-refinery exemptions."

The legislation introduced this week also would make public information about petitions. Groups such as the Renewable Fuels Association have been fighting in court to require EPA to provide details as to which companies receive waivers.

According to the U.S. Energy Information Administration, https://www.eia.gov/…, there are 48 refineries that produce 75,000 or fewer barrels per day and would qualify for exemptions. Names on the list include large oil companies, including the likes of ExxonMobil, Valero and others.

The Renewable Fuel Standard Integrity Act of 2019 is drawing support among a number of biofuel and agriculture interest groups.

The National Corn Growers Association said in a statement that a June 1 deadline for waiver applications would allow EPA and the U.S. Department of Energy to decide on exemptions before annual renewable volume obligations, or RVOs, are set.

"While NCGA has asked the EPA to use the annual volume-setting process to account for projected waivers, EPA has, to date, failed to do so," NCGA said. "The bill's deadline for applications means EPA would have no excuse to avoid incorporating waived gallons in the RVOs and the RFS would be kept whole. In addition, the legislation brings transparency to the waiver process by releasing basic information such as which refineries receive waivers.

"Farmers are facing a sixth-consecutive year of depressed income and commodity prices, with farm income for 2019 projected to be half of what it was in 2013. EPA's refinery exemptions benefit big oil refiners at the expense of farmers, and waivers negatively impact farmers by undercutting the RFS and reducing corn demand."

American Coalition for Ethanol CEO Brian Jennings said in a statement the agency's actions have hurt the RFS.

"The uptick of waivers without reallocation as required by law has undermined Congressional intent of the RFS," he said. "This legislation would help ensure EPA's abuse of small-refinery exemptions is put to a stop by requiring timely reallocation of any granted waiver and ensuring the statutory RFS volumes are enforced."

Brian Thalmann, president of the Minnesota Corn Growers Association, said the bill would "make it possible to recoup future lost gallons while identifying what refineries are qualifying for an exemption."

"For five years in a row, EPA has failed to enforce the RFS conventional biofuel volume requirements set forth by Congress, even though there has been ample supply available at a low cost to meet the statutory volumes," he said in a statement.

"The consequences of EPA's chronic mismanagement of the RFS have been economically devastating for ethanol producers, farmers and consumers alike."

Growth Energy CEO Emily Skor said "real economic hardship" is taking place in the countryside and not among oil refiners.

"In 2018, big oil saw record profits, while in America's heartland, quarterly farm income has dropped $11.8 billion since December and ethanol consumption fell for the first time in 20 years, contributing to the steepest drop in farm income since 2016," she said in a statement. "The rapid escalation of small-refinery exemptions compounds these factors, and makes an already-bleak economic environment even worse." 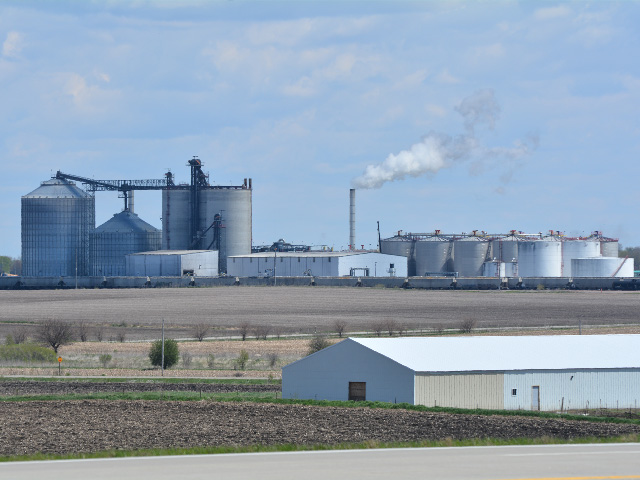