OMAHA (DTN) -- Des Moines Water Works will not be allowed to collect damages in a lawsuit aimed at forcing the state to regulate nutrients runoff in Iowa, according to a 104-page ruling from the Iowa Supreme Court on Friday.

DMWW filed a federal lawsuit in January 2015 in the U.S. District Court for the Northern District of Iowa in Sioux City against drainage districts in Buena Vista, Calhoun and Sac counties. The counties northwest of Des Moines are part of the Raccoon River watershed. The lawsuit also names county supervisors.

One of the legal questions raised was whether DMWW could sue for monetary damages in the case.

In its ruling Friday, the Iowa Supreme Court said no. The ruling stated drainage districts have a limited, targeted role to help drain farmland so it is more productive.

"Accordingly, Iowa law has immunized drainage districts from damages claims for over a century. This immunity was reaffirmed unanimously by our court just over four years ago ... Iowa precedent, reaffirmed unanimously by our court just four years ago, recognizes that drainage districts are immune from injunctive relief claims other than mandamus."

Iowa officials have maintained the best approach to reducing nutrients runoff in the state is through voluntary conservation measures.

Iowa Secretary of Agriculture Bill Northey said in a statement Friday the ruling was a "significant loss" for DMWW.

"Unfortunately, it has already cost Des Moines Water Works ratepayers more than $1 million dollars on lawyer fees that could be better spent improving their infrastructure and serving their customers," Northey said. "While Iowans have continued to take on the challenge of improving water quality and investing in additional conservation practices, the lawsuit has been a needless distraction from our collaborative, research-based approach that is working with Iowans in rural and urban areas across the state to improve water quality."

Northey, however, also has continued to stress to farmers that the public has high expectations for farmers to manage nutrients. Speaking at a Soil Health Partnership last week in Des Moines, Northey told farmers it is critical for producers to continue advancing the state's voluntary nutrient strategy. "It's voluntary, but not optional," Northey told farmers.

Bill Stowe, chief executive officer and general manager of Des Moines Water Works, said in a statement to DTN the water utility would continue to pursue the case in federal court.

"While we are disappointed in the decision of the court not to provide an opportunity for relief to Des Moines Water Works ratepayers, we respect the opinion of the court," he said.

"Unresolved questions of permitting and, ultimately regulation, are not addressed yet, and remain at the heart of the federal case. The Iowa Supreme Court's decision was an opportunity for moving 100-year-old Iowa law progressively forward on water quality issues never before considered, but that opportunity did not command a majority on the court."

Stowe said while the court's ruling is an "important milestone" the federal court will have "the last word on the lawsuit as a whole."

If successful, it is believed the legal action could lead to regulating farm ground as a pollution point source in Iowa and perhaps across the country if legal fever spreads. It could require farmers to pay for expensive permits for normal farm practices, as well as restrict the use of fertilizer or other farm chemicals.

DMWW estimates it costs the utility about $7,000 a day to filter nutrients from source waters for about 500,000 customers.

At the center of the lawsuit is the extensive subsurface tile drainage that helped turn the Raccoon River watershed northwest of Des Moines into one of the most productive cropping and livestock areas in the country.

The tiling also allowed farm nutrients to move downstream. The lawsuit specifically declares tile drainage pipes and ditches operated by the drainage districts as "point sources which transport a high concentration of nitrates contained in groundwater."

Iowa Soybean Association President Rolland Schnell said in a statement to DTN Friday the court's ruling "bodes well for those serious about improving water quality" in the state. Schnell reiterated that the lawsuit has diverted away from helping improve water-quality practices in the state.

"It has divided Iowans, reflected poorly on our state and done nothing to make Iowa's water cleaner," Schnell said. "Water quality improvement in Iowa is warranted. Today's decision by the court provides momentum in the appropriate direction. It renews hope that the Federal District judge will dismiss the case and Des Moines Water Works will abandon its expensive and divisive litigation."

The U.S. district court has delayed the start of the trial until June 2017, largely to wait for some of the state rulings. 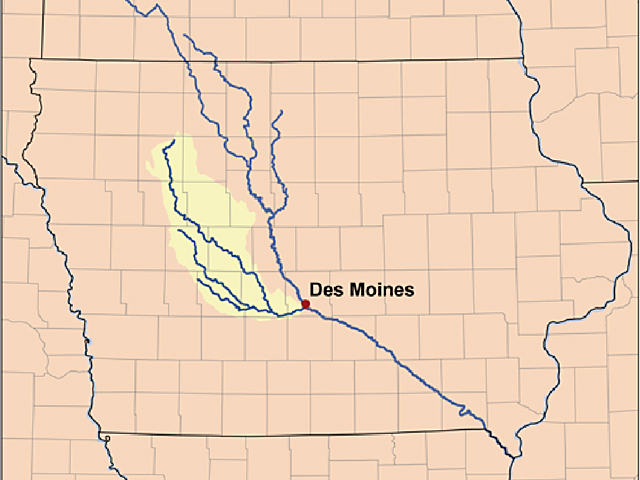